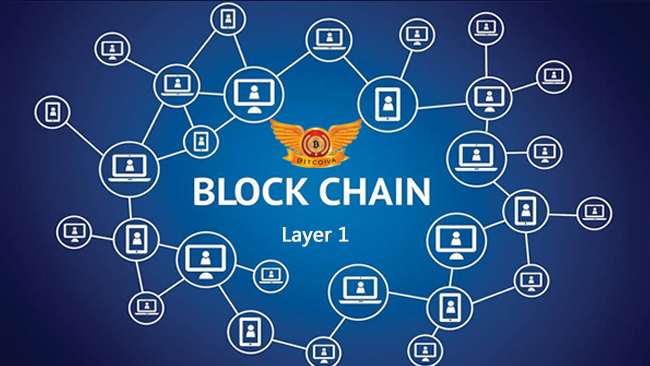 Layer 1 refers to a base network and its underlying infrastructure, such as Bitcoin, BNB Chain, or Ethereum. Layer-1 blockchains may confirm and finish transactions without requiring the use of a secondary network. Improving the scalability of layer-1 networks is challenging, as demonstrated by Bitcoin. Developers devise layer-2 protocols that rely on the layer-1 network for security and consensus as a solution. One example of a layer-2 protocol is Bitcoin’s Lightning Network. It enables users to conduct transactions freely before they are recorded on the main chain.

Layer 1 and layer 2 are words used to describe the architecture of various blockchains, initiatives, and development tools. If you’ve ever wondered about the link between Polygon and Ethereum, or Polkadot and its parachains, understanding the multiple blockchain levels will be beneficial.

What exactly is layer 1?

A layer-1 network is another term for a foundation blockchain. Layer-1 protocols include BNB Smart Chain (BNB), Ethereum (ETH), Bitcoin (BTC), and Solana. They are referred to as layer-1 because they are the primary networks in their ecosystem. Off-chains and other layer-2 solutions are built on top of the main chains, as opposed to layer-1 solutions.

In other words, when a protocol processes and finalises transactions on its own blockchain, it is layer 1. They also have their own native coin, which they use to pay transaction fees.

The difficulty of layer-1 networks to scale is a prevalent issue. In times of high demand, Bitcoin and other large blockchains have struggled to complete transactions. Bitcoin employs the Proof of Work (PoW) consensus process, which necessitates a significant amount of computer resources.

While PoW promotes decentralisation and security, it also causes PoW networks to slow down when transaction volumes are too large. This lengthens transaction confirmation times and raises costs.

Blockchain engineers have been working on scaling solutions for many years, but there is still much debate over the best choices. Some choices for layer-1 scaling are:

1. Expanding block size to allow more transactions to be handled in each block.

2. Altering the consensus process, as with the planned Ethereum 2.0 release.

3. Putting sharding into action. This is a type of database partitioning 002E

Layer 1 enhancements need a large amount of effort to deploy. In many circumstances, not all network users will be in agreement with the modification. This can result in community splits or even a hard fork, as happened in 2017 with Bitcoin and Bitcoin Cash.

Bitcoin’s SegWit is an example of a layer-1 scaling solution (segregated witness). By altering the way block data is arranged, this boosted Bitcoin’s throughput (digital signatures are no longer part of the transaction input). The update increased the amount of space available for transactions each block without compromising network security. SegWit was built via a backward-compatible soft fork. This implies that Bitcoin nodes that have not yet been upgraded to implement SegWit can still process transactions.

What exactly is layer-1 sharding?

Sharding is a well-known layer-1 scaling strategy for increasing transaction throughput. The method is a type of database partitioning that may be used with blockchain distributed ledgers. To disperse the burden and enhance transaction performance, a network and its nodes are separated into multiple shards. Each shard maintains a part of the network’s activity, which includes its own transactions, nodes, and blocks.

Sharding eliminates the requirement for each node to keep a complete copy of the blockchain. Instead, each node transmits finished work to the main chain in order to disclose the state of their local data, such as address balance and other critical metrics.

There are various layer-1 networks and layer-2 protocols in today’s blockchain environment. It’s easy to become perplexed, but if you understand the fundamental ideas, understanding the general structure and design becomes much easier. This information might be valuable while researching new blockchain initiatives, particularly those focusing on network interoperability and cross-chain solutions.