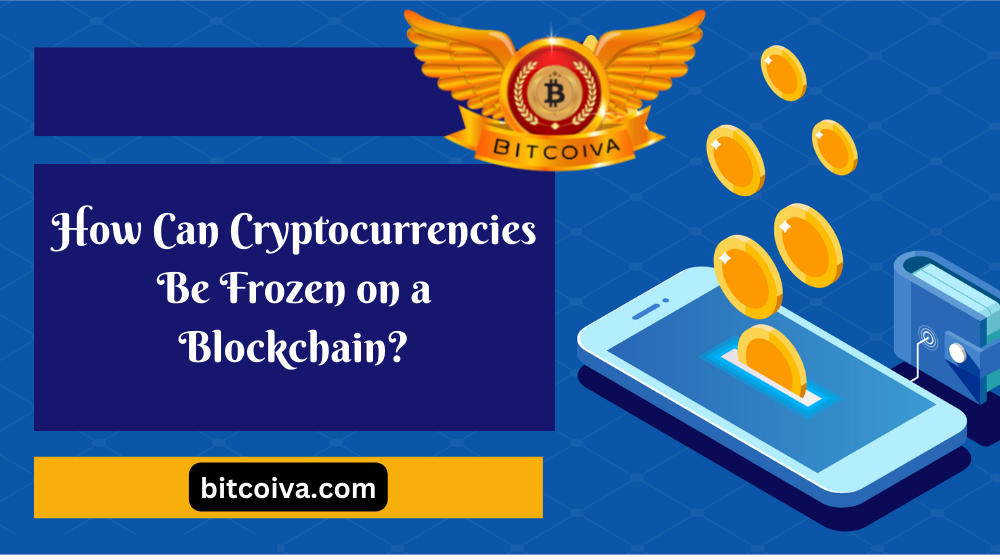 You might be shocked to learn that cryptocurrency freezing assets stored in an external wallet is not only technically possible but also reasonably prevalent. In the cryptocurrency community, the maxim “not your keys, not your crypto” is well-known. And many users and investors rely on it while taking custody of their own holdings.

It is often believed that if you possess your private keys, you will always be able to access your assets. And it won’t be able to be censored. However, current affairs have shown that this isn’t always the case. You might be shocked to learn that freezing assets stored in an external wallet is not only technically possible . But also reasonably prevalent. However, unless you engage in serious criminal conduct, your chances of experiencing it are still slim.

Despite this, it is advisable to become familiar with this very obscure occurrence. The idea that cryptocurrencies cannot freeze on-chain debunk here.

How Does Blockchain-Based Funds Freezing Operate?

In order to understand how developers might freeze assets inside a wallet, we first need a quick introduction to how tokens function.

Contrary to how they may appear when used, ERC-20 tokens are nothing more than a pointer to a database. It lists which addresses contain how many units of a given token. The token contract administers the database. The token contract manages the updates of the number of tokens connected with each address when transferred from one person to another. To maintain a consistent supply, the contract subtracts the appropriate amount from one address and adds it to another.

Why Do Funds Freezes Happen?

As you might expect, these functionalities may ward off if someone gained administrative authority over a smart contract in order to steal funds or thwart attacks.

Even though they are uncommon, blacklisting events almost happen after an illegal activity. And smart contract discovers them . Such as when a hacker uses an inflation bug to create and send tokens to an address they control . Or when the police ask that assets freeze while they conduct an investigation.

One such cryptocurrency with these qualities is Tether (USDT). The smart contract for USDT has the capacity to both freeze and reissue USDT.

Bloxy Explorer reports that the Tether token contract has banned 704 smart contracts. In adding new addresses to the list every few days for the past month. Most notably, Tether froze more than $150 million distributed among three addresses back in January. The company just stated that the assets freeze in response to a request from law authorities.

Acala, a multi-collateral stablecoin tied to the dollar, recently frozen 16 wallets containing around 3 billion aUSD. The Acala team was able to recover and burn these illegally generated tokens after an exploit. In which it allowed aUSD liquidity providers to mint non-collateralized aUSD. But not before the attackers had dumped a sizable amount of them onto Polkadot-based DEXes.

Additionally, smart contract administrators have the option of freezing cash on external DeFi applications. And this may connect to illegal activities. For instance, a well-known USDC issuer named Circle recently blocked the ability to transfer or receive USDC from a number of Ethereum addresses . In which it had interacted with the Tornado Cash DApp.

Not only Ethereum-based token contracts but other token contracts as well may have the ability to freeze, and seize tokens. As a fundamental component of token contracts, this functionality is present in the majority of layer-1 blockchains. XRP and Stellar which both let developers produce tokens with a global freeze mechanism . In which it lets the issuer halt token transfers.

However, this freezing power typically only applies to tokens. Contrary to popular assumption, unless the native assets hold on a centralized platform, such an exchange or with a custodian, such as BTC, ETH, BNB, or XRP, they cannot be frozen.

In general, the entities behind these centralised businesses won’t freeze funds unless a police or court order is provided to them. However, the parent business, issuer, or administrator of the connected entity may reserve the right to freeze the assets for any or no cause.

Regarding when assets may freeze on-chain, the following excerpt from Coinbase and Circle’s Centre blacklisting policy paper may be helpful:

It should emphasize that every USDC issuer must accede to a valid blacklist request. And the majority of stablecoins backed by fiat have comparable features.

Although the blacklist feature used to separate monies associated with alleged crimes, scammers can also abuse it by using so-called “honeypot schemes.” This typically takes the form of tokens that, after bought on a decentralised exchange, cannot sell.

Scammers can inflate the value of their token on DEX explorers by exploiting the blacklist feature. It automatically prohibit outbound transfers for any address holding the token. As a result, a distinctive chart pattern creates. It consists of waves upon waves of repeated green candles with few to no sell orders in between.

The scammer, who holds control of the only whitelisted addresses, seeds the liquidity pool for the fraudulent token. And watches as victims buy the unsaleable token, driving up the value of their LP tokens. The scammer(s) then withdraw their LP tokens, claiming all of the money paid by unwary customers. When the community realizes the scam and the sales come to an end.

The debut of dozens of honeypot schemes on DEXes like Uniswap, PancakeSwap, and QuickSwap each month demonstrates how prevalent this type of scam is.