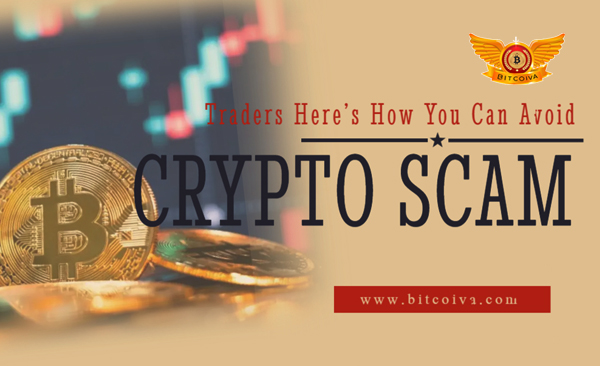 The value of cryptocurrencies like bitcoin, ether, and dogecoin reached record highs this year, and supporters see them as the world’s currency of the future. Because of the transaction-recording digital ledger that is created by the underlying blockchain technology, cryptocurrency appears to be a safer means of payment. Scammers, though, aren’t far behind when there’s money to be made.

People being taken advantage of as criminals profit handsomely from cryptocurrency pump-and-dump operations. They may include social media influencers who are compensated for encouraging people to purchase a particular digital coin in order to increase its value. The fraudsters and influencers sell their coins as the value increases and keep the profits, while everyone else watches their investments decline in value.

A group started selling coins based on the popular Netflix series Squid Game last month. The $SQUID coin had no connection to the programme or Netflix, but that didn’t stop many people from riding the hype wave, driving up its value to $2,800 before falling precipitously back to pennies minutes later. As a result, the con artist made $2 million, and the people who bought the coin suffered financial losses.

These schemes represent the most recent chapter in the ever evolving tale of cryptocurrencies, which have made some people millionaires while driving others into financial ruin due to their extreme volatility.

Scammers are preying on people who have developed FOMO, or “fear of missing out,” and are trying to jump on new crypto coins in the hopes of becoming wealthy as cryptocurrencies become easier to develop.

What Does “Pump and Dump” Mean

A securities fraud called a pump and dump typically involves stocks. To stimulate interest, con artists fabricate hype about a stock. As soon as shareholders begin purchasing shares, the stock price increases. The con artists behind the phoney buzz sell all of their shares when the price hits a predetermined level. Due to the stock price falling as a result, new investors are left carrying the bag.

How to Avoid Pump-and-Dump Crypto Scams

Prepare Yourself before Purchasing Crypto

If you notice that other individuals are generating money, or at least pretending to, it can be alluring to follow the trend. Kiana Danial, creator of Invest Diva and author of “Cryptocurrency Investing for Dummies,” believes that it takes a lot of self-control to resist the want to copy others, much less a celebrity you adore.

According to Danial, this occurred with penny stocks and during the dot-com bubble because investors wanted in despite not understanding what was happening. She claims that the same disastrous outcomes apply to cryptocurrencies. People are falling for it because they are uneducated, the statement goes.

Danial advises investors to research a given altcoin’s function, history, and community before purchasing it. See what this is about by going down the rabbit hole. “What issue are they addressing?” asks Danial. According to her, value is created by category kings (companies whose names are now verbs, like Google), or by initiatives that enable people to complete tasks more effectively, affordably, or quickly. The victors will be the ones who are truly generating value, she claims, and all the excitement and FOMO will eventually go away.

To prevent losing money in a pump-and-dump scam, conduct your research before purchasing a new altcoin.

According to Danial, it’s crucial to comprehend the asset you’re considering rather than simply purchasing it because you like the concept of blockchain or decentralisation. She asserts that “human psychology drives market behaviour.”

Cryptocurrency’s lack of regulation makes it simpler for scammers to operate, according to Doug Boneparth, certified financial adviser and head of Bone Fide Wealth in New York. The hype component, the “this is the latest cool thing” factor, he adds, is present as well. Even while many early adopters of cryptocurrency as a new asset class genuinely become wealthy, the development of a new financial system is still in its infancy. According to Boneparth, there will inevitably be a lot of noise in this newness.

According to Boneparth, the best place to start learning about peer-to-peer transactions is via the Bitcoin white paper. “It serves as a decent introduction to the operation of blockchain technology. You must comprehend the underlying technology that powers everything, he advises. And you can keep reading about cryptocurrencies and blockchains.

According to Boneparth, crypto is currently like the Wild West. There is so much incredible innovation, utility, and value being produced, but the more realistic, long-term information is drowned out by the extreme examples, both good and terrible.

Doing your homework is even more important because cryptocurrency is risky due to the fact that it is mainly unregulated.

According to Douglas Horn, chief architect of Telos Core Developers, “as the prices rise, the pump creators dump their assets into the FOMO they’ve generated, resulting in a price crash that leaves the new buyers holding a bag of the assets that now have a lower value than they were purchased at, creating significant and frequently unrecoverable losses.”

What’s used for the pump-and-dump is different. Cryptocurrencies like bitcoin, ether, and dogecoin are well-established, and it takes someone with Musk’s support to change their value.

Attempt Before You Pay

Start small and gain an understanding of how things operate if you plan to invest in risky altcoins. Just understanding how to link your checking account to an exchange and acquire cryptocurrency, according to Boneparth, is a significant learning experience. “A trustless system is suddenly something you trust. When was the last time you did that?

Start by investing a tiny sum, such as $1, $5, or $20, to get a feel for the market before investing all of your money in a coin you’ve just learned about. According to Boneparth, the $20 learning experience “could pay you tremendous rewards by knowing where things are headed, and maybe it will open your mind to genuine investing prospects.”

Even if you lose $20 (or less), experts advise against investing more in cryptocurrencies than you can afford to lose in case their value plummets or, worse still, if they become the target of a pump-and-dump or other scam.

Maintain Your Plan of Action

You may be less prone to fall for scams if you develop and follow a strategy. Danial claims that because she focuses on value investing, where a company appears to be trading below its intrinsic worth, she is not drawn to pump-and-dump schemes. “I humorously apply Warren Buffett’s value investing methods to my investment portfolios and to my crypto investment approach,” claims Danial, despite the fact that Buffett opposes cryptocurrencies.

An investor can see Ethereum’s use beyond the token itself because it can be used to produce other Dapps (decentralized applications) and mint NFTs.

Determine your strategy and risk tolerance, consider the advantages and disadvantages, and assess the mood of the market, advises Danial. “Oh, that doesn’t even fit in my approach,” says Danial when he sees a high. “I’m prepared to pass up an ‘opportunity’ because I am competent and have a plan. I don’t use Twitter to research trends before deciding what to buy.

Be Wary of Influencer and Celebrity Promotions

The celebrity or influencer may be endorsing a particular currency for their own reasons, whether they are being compensated as a spokesman, they own the coin and want to increase its value, or they genuinely believe in it. But it’s quite unlikely that they’re only out to make you rich.

Try to determine why there is a cause to believe anyone else is coming later to invest more money if you hear other altcoin investors bragging about how they were “so early” to a particular new coin.

According to Boneparth, “they’re supporting your investment,” which is typically what they are investing in. We’re expanding, but that doesn’t imply you should invest money; instead, you should try to learn as much as you can.

Scammers may even contact you directly and pose as respected influencers. If someone you follow seems to be sending you a message, look further because this is a regular issue for reputable personal financial experts who have developed active communities on Instagram.

Danial claims that he has more than 1,000 impersonators across Facebook, TikTok, and Instagram. They mimic my name, take images of me and my daughter, then follow and direct message my followers in order to defraud people.

According to Danial, if someone contacts you and claims they are only trying to provide you some fantastic advice or free coins, you should Google their handle to see whether it matches the verified handle of the person they claim to be. “Never respond to anyone first checking them out online to be sure they’re who they say they are. It’s probably a fraud if it feels like one, she advises.