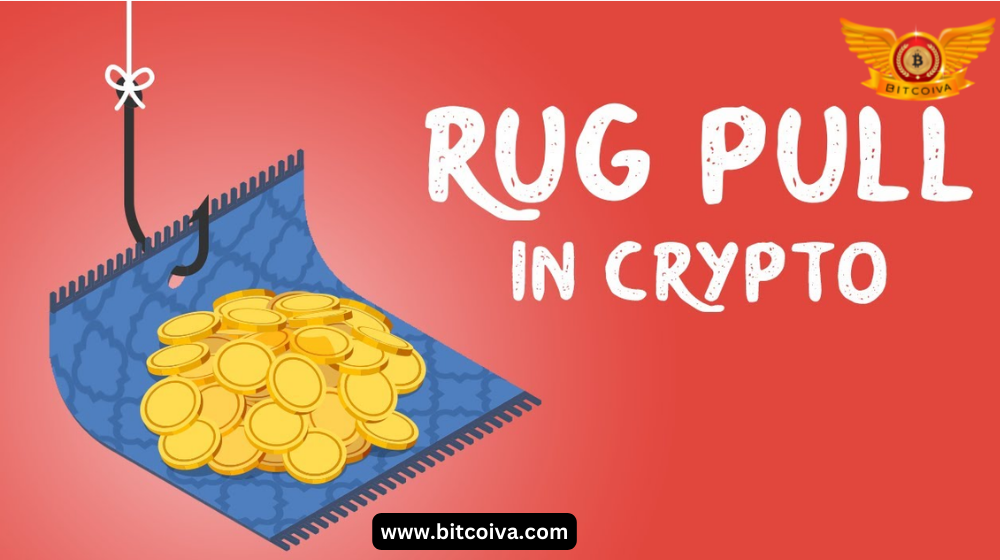 In the cryptocurrency industry, rug pulls are a type of exit scam in which the creators of a new project abandon it and flee with the money of unwary investors. Rug pulls occur frequently in the DeFi world but are almost unheard of on centralized exchanges. Cryptocurrency has a bad reputation for scams due to the lack of regulation compared to other financial markets. There are many examples of fake tokens, exit scams, Ponzi schemes, and pump and dumps.

What is a Rug Pull ?

In the cryptocurrency industry, rug pulls are a type of exit scam in which the creators of a new project abandon it and flee with the money of unwary investors. Rug pulls occur frequently in the DeFi world but are almost unheard of on centralized exchanges.

Developers create a new token and list it on a decentralised exchange to carry out their scam. Through organic content and (typically undisclosed) sponsored content on prominent accounts, they generate buzz about the token on social media. The developers remove all liquidity from the pool once sufficient numbers of users have exchanged their Ethereum for the new token. In which at the point the token’s value quickly falls to zero.

Unaware investors are left holding worthless tokens, and the development team flees with the Ethereum (or BNB, SOL, AVAX). These scams prosper on DEXes because they let any developer list a token for free without any scrutiny. The responsibility falls of proof rests with the token purchaser. In general, centralized exchanges take great precautions to safeguard their customer base.

How to Avoid Rug Pulls

By checking the liquidity in the pool of a token they are purchasing and making sure the liquidity is locked for a specific amount of time. Users can safeguard themselves against these rug pulls.

There are two additional strategies for “pulling the rug out from under people.” A team can first rug pull a project by putting all of their tokens up for sale on the open market. If there is not enough demand for purchases, this could also quickly bring the token to zero. As an alternative, a group can programme the token contract so that you can only buy and never sell . Similar to the Squid Game token saga. In this manner, a team could easily sell their tokens to unwary purchasers who would never be able to get their money back.

A rug pull, is when the team behind a project quickly brings it to a standstill by selling all of its tokens on the open market. Or else withdrawing all liquidity. Rug pulls can occur when a token codes in a way that prevents it from ever being sold.

Past Examples of Rug Pulls

Unfortunately, there are too many examples to list, but to give just a few well-known examples:

SnowDog – Prior to the project’s decision to use an automated market maker instead of the DEX it had initially traded on. SnowDog was a well-liked project on social media. Two wallets had already sold SnowDog worth more than $10 million. It was by the time the investors were able to access the AMM. Due to the fact that these transactions occurred before the AMM was made available to the public. The community later came to the conclusion that the project had dragged under the rug.

Squid Game Token – When the Netflix series Squid Game was all the rage, malicious crypto developers used the DEXes to introduce a token with the same name. The token’s price rose from just a few cents to an astounding $3,000 per token in a matter of days. Then the developers made the decision to reverse course, quickly bringing the prices back to zero. The website has since taken down, and the team escaped with millions of dollars.