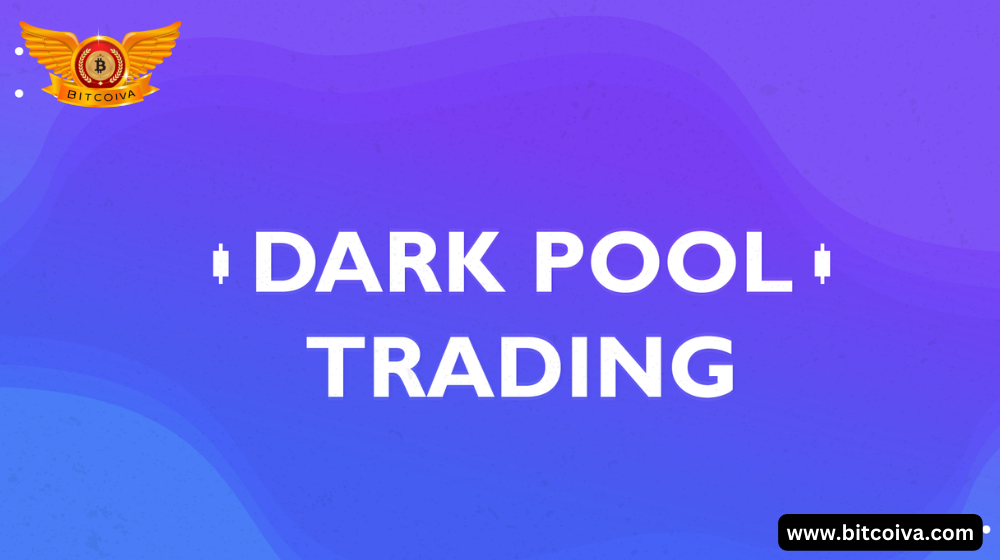 A significant portion of cryptocurrency trading occurs in so-called dark pools, even though the majority of us trade on centralized and decentralised exchanges. Although it has been used for years in conventional markets, this idea is also becoming more common in the cryptocurrency space. In this article, we go over the definition of dark pool trading, the rules that surround it, and how to recognize them.

What Is Dark Pool Trading?

In order to lessen the impact that large trades have on the price of a stock, dark pool trading developed. Institutional investors needed a way to Buy And Sell Cryptocurrency In India and frequently without significantly changing their market value.

As a result, the dark pool serves as a marketplace where wealthy individuals with connections to institutional investors can carry out private trades. Dark pools can occasionally be accessed by the general public through retail brokers. Large orders may cause excitement or panic in the markets before the trade even fills on regular Best Cryptocurrency Exchange Platform because the order book makes available to the public.

Without this transparency, dark pools function, enabling users to covertly (and anonymously) find a counterparty for the trade. Dark pools only require the bare minimum amount of information regarding these trades to report to the authorities. As a result, the price of the traded underlying instrument rarely affects by these trades.

This raises concerns about the legitimacy of dark pool trading given the way it operates. Naturally, participants in the dark pool have access to more information than the typical trader on the open market, who doesn’t learn about the order until it reports. Although many people believe that the Crypto Trading Exchange In India is transparent, this particular area of the market is most definitely not. Nevertheless, despite some restrictions, it is entirely legal.

Why Is Dark Pool Trades Legal?

We have a hard time coming up with a clear-cut response to this query. But there are a few reasons that come to mind. The institutional investor benefits from the dark pool first. Whether we like it or not, this group of people has significant influence over market regulation and policy. To ensure that new regulations do not harm the bottom line of powerful players, entire lobbying groups and campaign donations used. Dark pool trading will never become illegal as long as these powerful players continue to profit from it.

However, I do not believe that the wealthy are the only ones who benefit. The consequences in some cases would be enormous when you consider the impact some of these large orders would have if they were to carry out in the open market. That one order could wipe out the accounts of numerous traders. In that regard, the dark pool serves as a safeguard against unneeded volatility. The markets frequently overreact to news. But some of this effect reduces after a trade has already executed.

To prevent abuse, there are nevertheless stringent guidelines and rules for dark pool India Cryptocurrency Trading Platform. In the past, some operators of dark pools took advantage of the data made available by the pools. Stricter laws were put in place to stop this unfair advantage from being used again after they were found out, fined, and caught.

Dark pool trading is a good way to give wealthy players a location to handle sizable transactions. And minimizing the impact on the open market. The transactions should made unlawful as long as they disclose in full after the fact.

How Can Dark Pool Trading Be Verified?

Secrecy is used by dark pools for a reason. As a result, it can be challenging for the average trader to identify dark pool trades. But there are a few things to remember that might make it easier for you to spot dark pool trades.

First of all, do not anticipate that every dark pool trade will be identical. Dark pools all have different sets of rules and conditions. Despite the fact that they all share the trait of secrecy. As a result, it is more challenging to identify the trades because a dark-pool trade lacks a definite fingerprint.

Dark pools are no longer as much of a closed-door society club as they once were. Now that smaller trade sizes are permitted, the majority of people can participate in the dark pool. Because more players have access to what refers to as “inside” the dark pool. The disparity in the information that is currently available is changing. Furthermore, arbitrage is becoming more and more popular. Bots and frontrunners quickly identify the orders that are available to find ways to take advantage of that liquidity. Dark pool operators have previously received fines for engaging in such behavior. But other participants are free to use the information however they see fit.

Having access to dark pool information will likely become less valuable as a result of its rising popularity sooner rather than later. I have to wonder if you actually require trades from the dark pool to be visible. After all, it successfully prevents market movements when it intends to do so. The advantage to the typical trader is minimal if there is no move to take advantage of.

Obviously, the regulatory environment for Crypto Currency Exchange In India is less strict, but this will change over time. Keep things simple and avoiding oversimplifying systems.