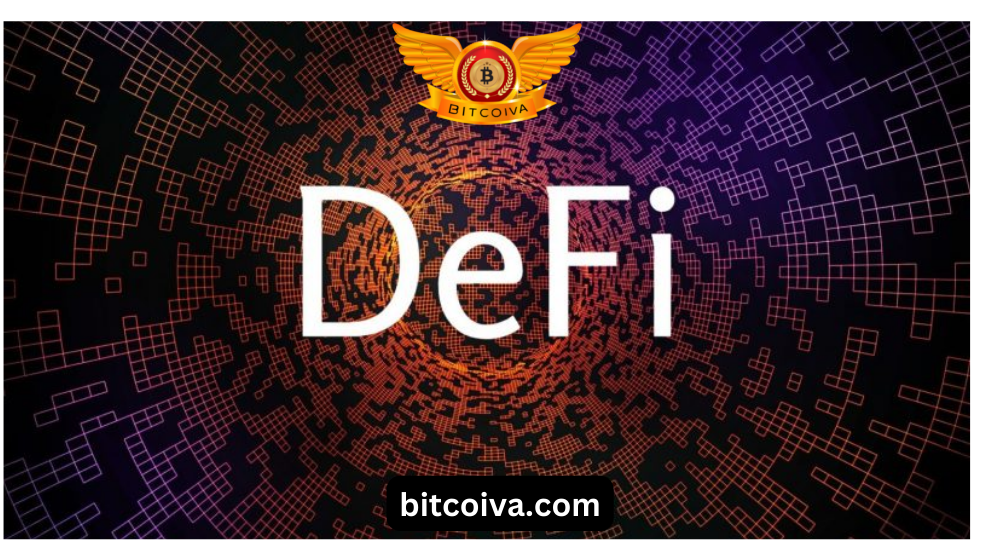 Today, the decentralised finance (DeFi) landscape is brimming with opportunity, with well over 200 DeFi applications running on the top ten smart contract platforms.

Despite its success as a digital currency, Bitcoin (BTC) was not even considered as a decentralised finance platform until recently. This was largely due to its limited programmability, which made complex DeFi applications like those found on smart contract platforms difficult to develop.

However, in November 2021, Bitcoin received an upgrade that may make DeFi on Bitcoin a more viable and appealing prospect.

The Taproot upgrade changed the way transactions are verified and allowed DeFi to be used on the platform. It increases platform efficiency by condensing complex transactions, lowering memory utilization and fees, and increasing scalability.

The platform is now part of the DeFi ecosystem. This expects to grow significantly in the coming months and years.

Bitcoin’s DeFi ecosystem is still in its early stages of development. Only a few projects are currently using its smart contract capabilities, and even fewer can consider true DeFi applications.

Despite the recent Taproot upgrade, Bitcoin’s native programmability is rather limited. Its scripting capabilities limit to the Bitcoin script’s more than 100 opcodes. Each of these opcodes performs a specific function. And this can combine to form more complex scripts — or rudimentary smart contracts.

As a result, the majority of Bitcoin DeFi platforms host their smart contracts on a different chain. Such as the Bitcoin side chain or layer 2. This connects to the Bitcoin blockchain in order to settle transactions. Or to use Bitcoin for data  availability, storage or security layer.

Some of the most popular Bitcoin DeFi applications include:

Wrapped Bitcoin, the most well-known Bitcoin DeFi application, allows users to move their native BTC from the Bitcoin blockchain to another platform via a simple wrapping process.

Users interact with a merchant and deposit their Bitcoin (BTC) with a custodian, who mints an equivalent amount of Wrapped Bitcoin (WBTC) on a separate blockchain. This WBTC can then be used in the DeFi ecosystem of the chain on which it was minted, such as Ethereum or BNB Chain.

To redeem their original BTC (a process known as unwrapping), they must once again interact with a merchant who verifies the user . And communicates with a custodian who burns the WBTC and returns the user’s original BTC.

Stacks is a blockchain network that is open source and supports smart contracts and decentralised applications. It intends to significantly improve the capabilities of the Bitcoin network and open up new use cases by providing a parallel execution layer.

The Stacks blockchain ecosystem has been gradually expanding since its launch in January 2021. Today, the chain hosts dozens of DApps, including NFT marketplaces, digital identity solutions, DAOs, and DeFi applications.

Perhaps most notably, Stacks is powering NOVA Miningverse, an ecosystem of play-to-earn games that pay out in Bitcoin.

The platform connects to the original Bitcoin blockchain via a Proof-of-Transfer consensus system (PoX). This enables Stacks dApps to benefit from Bitcoin’s state and security.

Portal, billed as the “gateway to uncensorable applications,” is a new platform designed to power DeFi on Bitcoin.

In order to bring Bitcoin to the world’s first blockchain, the platform recently raised $8.5 million. It intends to accomplish this through the use of a multi-layered architecture that layers a decentralised exchange. And DeFi ecosystem on top of Bitcoin’s base layer.

Portal, which will build on the Fabric framework, will provide multiple censorship-resistant layers on top of Bitcoin. It allows general-purpose computation for decentralised applications, atomic swaps, new financial primitives, and more.

It also known as RSK. This is one of the first Bitcoin smart contract platforms, and was first launched in 2018. It has been in development since 2015.

Rootstock, now used to create a wide range of Bitcoin dApps. Sovryn is arguably one of the most popular, as it aims to bring DeFi to Bitcoin by leveraging RSK’s technology.

The Future of Bitcoin DeFi

According to DeFi Llama data, Bitcoin currently has a TVL of $111.58 million with the vast majority of that value associated with the layer-2 payments platform, Lightning. The total TVL of current Bitcoin DeFi platforms is unknown.

To put this in context, Ethereum’s DeFi TVL grew from $100 million to $100 billion in just three years. If Bitcoin follows suit, it could see significant growth in its DeFi ecosystem . And TVL over the next few years, reach $100 billion by 2025.

However, Bitcoin on DeFi does not function the same way it does on Ethereum and other smart contract platforms. Instead, most Bitcoin DeFi platforms are either independent layer-1s connected to Bitcoin via a bridge-like system or simply settle/record transaction receipts on Bitcoin in the same way that a regular layer 2 does.

Developers who choose to build on these platforms must navigate the technical challenges that come with the territory. Aside from RSK, many of these have a custom virtual machine implementation (rather than the standard EVM) and frequently only support obscure programming languages, such as Stack’s Clarity.

This can make development more difficult while avoiding the Cambrian explosion of DeFi apps seen on EVM platforms. They include Avalanche, Fantom, and BNB Chain as a result of developer migration and DApp porting. Similarly, developers will need to overcome the challenge of blockchain bloat by ensuring that only the necessary data stores on-chain in order to keep the network decentralised by reducing the storage requirements for full nodes.

To be successful, DeFi on Bitcoin must provide a clear advantage over existing DeFi solutions. And host novel DeFi applications not found elsewhere, and attract a large user base.

Given that Bitcoin is well-known for breaking boundaries and shattering expectations. This isn’t entirely out of the question. But it’s safe to say that the Bitcoin DeFi landscape is still in its early stages. However, if retail and venture capital money floods in to help add rocket fuel to the system, this may not be the case for long.