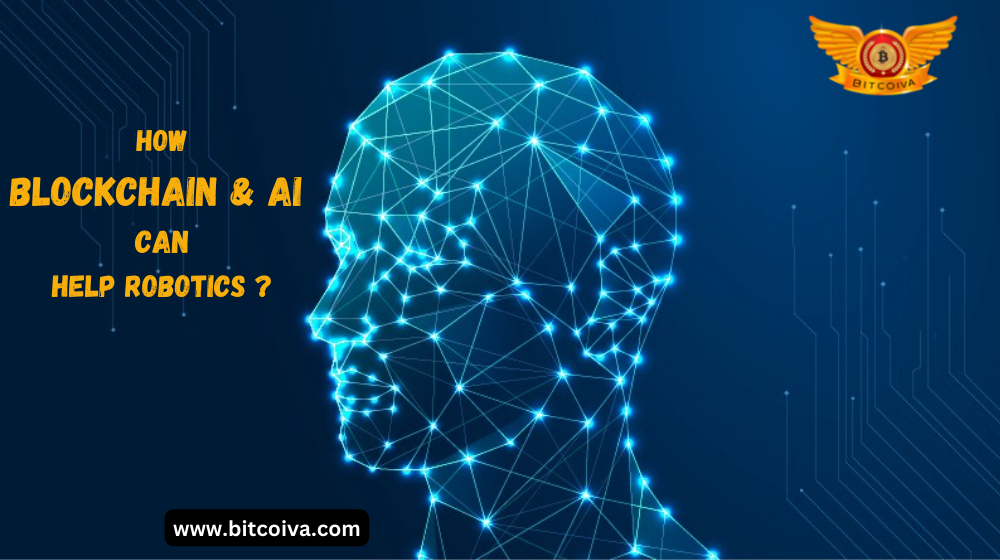 Swarm robotics is a branch of science that studies the collective behavior of naturally occurring systems. Consider a swarm of bees, where each creature serves a specific purpose and contributes to the overall picture of typical behavior. That is what scientists are attempting to recreate in their laboratories by uniting multiple robots and teaching them to interact with one another in the same way that birds and bees do. Swarm robotics can be used in a variety of applications, including surgery, rescue missions, and environmental monitoring. And, when combined with the revolutionary world of artificial intelligence, blockchain’s decentralised tools can help the field. Today, we’ll look at how swarm robotics can benefit from the main technology that goes beyond crypto.

A blockchain is a digital ledger where multiple blocks are used to store digital records of specific actions, such as transactions. The transaction cannot be altered or deleted after it has been verified and added to a block. Additionally, it is a very transparent technology because every user can see the history of records.

Distributed ledger technology (DLT), a decentralised digital records database, powers the blockchain. As was already mentioned, each user of this database has the ability to examine any transaction or piece of data that was recorded on the distributed ledger. It is nearly impossible to make unauthorized changes to the database because every member of the blockchain has an identical copy of the information on the shared network.

What Are the Main Blockchain Challenges?

Blockchain could be used in any industry that necessitates complex logistics or a high level of dependability. But why hasn’t it been used in government elections around the world, or, for example, to track containers in overcrowded docks? Let’s take a quick look at the main issues with blockchain.

Blockchain-related operations are exorbitantly expensive. Crypto mining equipment is what keeps a blockchain running, and it is prohibitively expensive to purchase. As a result, crypto mining rigs are typically part of a large fleet owned by a large crypto company. Individual researchers find it extremely difficult to work with blockchain due to the high costs.

As previously stated, crypto mining systems that keep a blockchain running are typically organised in the form of thousands of miners installed at a facility. This not only takes up a lot of space in your office, but it also makes transferring the equipment difficult. Even individually established mining rigs are heavy and difficult to move from one location to another if mechanical issues arise.

Each decentralised infrastructure contains an alarming number of blocks. Each one has its own set of data, codes, records, receipts, and a slew of other complex information. Every minute on Earth, a new cryptocurrency is created and added to a new blockchain for circulation. Or a new project using a decentralised ledger launches. This data outbreak, while relatively safe, is still vulnerable to security issues due to a lack of resources to protect each piece of private data separately. With waves upon waves of data flowing through the blockchain, it’s not a stretch to believe that transaction receipts or ledgers can occasionally be tampered with by hackers.

Cryptocurrency mining rigs have a significant carbon footprint. Although many companies attempt to use hydroelectric energy or windmill facilities to power the system, it is still a significant financial investment.

Despite its more than ten-year history, cryptocurrency remains outside the mainstream. This has created a talent gap in the space, with significantly fewer IT staff familiar with blockchain than market demand.

What Exactly Is Artificial Intelligence (AI)?

What Are the Main Obstacles for AI?

Our capacity to distinguish between right and wrong, comprehend difficult abstract ideas, and uphold moral standards sets us apart from animals and robots. that is, to think logically. This way of thinking cannot be duplicated by artificial intelligence. Particularly given that AI, actively used in warfare technology, this can result in enormous complications.

Budgets for implementing AI technologies, like those for blockchain, can be enormous. Even the Big Tech companies struggle to pay for it at times. Furthermore, let us not forget the extremely expensive (and limited) workforce required to deal with AI.

One of the most fundamental flaws of machines is the constant risk of lagging, and AI can bear some of the blame for this. When incidents occur, it is difficult to determine whether they were caused by a user, developer, or manufacturer.

Unmanned navigation, such as the autopilot mode in cars, does not perform as precisely as human navigation. It sometimes ignores obstacles and causes accidents, making AI navigation untrustworthy so far.

How Can Blockchain, Robotics, and Artificial Intelligence Work Together?

AI mimics human intelligence, while robotics mimics human actions. When combined, these two technologies have the potential to significantly reduce the amount of human labour. It specifically refers to the time spent on simple tasks such as taping up boxes or bolting details together. Swarm robots could handle these tasks efficiently.

One of the primary goals of blockchain is to save time and money. The same is true for AI: as it evolves, it will be able to perform any type of boring job, whereas humans will be able to perform more complex tasks. As a result, three distinct tech industries share a common goal. Let’s take a look at how combining blockchain, swarm robotics, and AI technologies can help us solve problems in these fields and produce a better net product.

So far, blockchain technology has provided us with an excellent ecosystem for dealing with finance (crypto and tokens). As previously stated, one of its primary benefits is secure transaction approval within the blockchain. As a result, one possible use case is to delegate block approval to the robots. To avoid human oversight and errors, the robots can communicate with one another during the work process by using public and private keys.

Due to the difficulty of changing information contained in blocks, the blockchain is already very transparent and secure. However, with the aid of AI, might it be even more effective? Think of a pattern that can identify hackers. Or a neural network that automatically detects double spending

Even further, robotics and AI might support blockchain by displacing the region’s small workforce. Imagine for a moment automated Bitcoin miners who approve transactions much more quickly than people. Could that be a way to expedite the transactions and save energy at the same time?

Blockchain can assist AI with difficult tasks such as moral decisions, which are a major issue for robots. Mining rigs can solve complex computational issues, which, when combined with the speed of AI, can create self-thinking robots and reduce the amount of human verification in robotics.

To summarize, blockchain can improve robotics functions by providing decentralisation to create a self-regulating ecosystem. In fields where computation requires, AI and blockchain combined could bring to life robots that solve complex mathematical equations efficiently. This will significantly reduce overall costs while increasing profit.