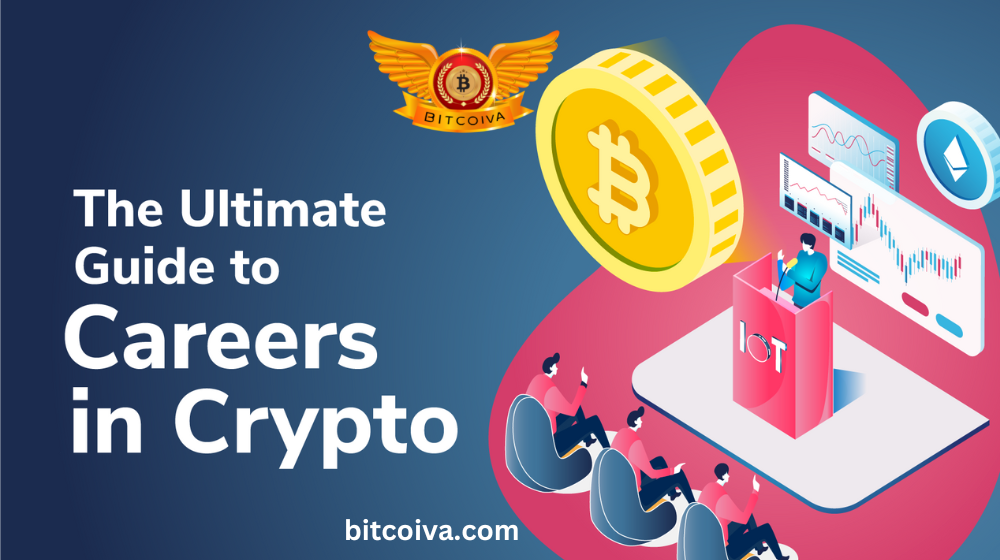 As crypto markets are booming in the industry, we’ve seen an increasing number of academic programmes that concentrate on cryptocurrencies and blockchains . A great crypto career doesn’t necessary require college, but for most people, it’s the most surefire first step.

However, it might be unusual to consider going to college right now. Particularly if you want to work in the crypto industry. We’ve reached “crypto winter” after a two-year period of unheard-of euphoria, a cyclical decline that has turned out to be typical of the blockchain sector as speculation outpaces adoption, then retreats.

Cryptocurrency’s massive up-and-down cycles can be quite stressful. And this time, with a wave of headline-grabbing layoffs throughout the summer, we are also noticing indications of broader weakening in the technology jobs sector. It’s enough to cause a young person to reconsider professional ambitions that seemed obvious only a few months earlier.

However, even though blockchain is no longer perceived as The Next Big Thing, there are still three compelling reasons why learning about it makes sense, according to recruiters who follow the IT industry.

First off, you may easily transfer your cryptographic talents to other technological fields without too much difficulty. Second, in almost any type of economy, somebody with training in computer science or coding will have rather good work opportunities. Third, a downturn can actually ease some aspects of the early phases of a career in the crypto industry. As it does in most professions, by expanding options for freelancing or gig employment.

Above all, job-hunting specialists advise thinking long term. Despite the temptation to give up before you’ve even begun when hearing about layoffs and a declining economy.

Knowing When the Downturn Will End and Understanding It

According to Rick Chen of the tech-job discussion website Blind, “Unfortunately, there are a lot of debates about hiring freezes, layoffs, and the recession.”

The recession, hiring freezes, layoffs, and other topics are unfortunately often discussed. An extremely useful source of employment market knowledge called Blind runs. Blind is an anonymous forum where verified employees can discuss openly about what they’re experiencing at their jobs and elsewhere. Chen is the head of public relations at Blind. Although he claims that the most of his duties involve “being the in-house journalist” and observing the anonymous talk on the website to identify more significant patterns.

Real estate, fintech (including cryptocurrency), and the so-called gig economy, according to Chen, are the three industries . Where tech workers are most concerned about the impending economic collapse. “Corporate employees at Instacart, Uber, and Lyft. They are worried about the viability of their business models.

But why Has the IT and Cryptocurrency Markets Generally Declined?

In general, COVID-19 continues to be in charge. Due to high prices brought on by pandemic disruptions, central banks are boosting interest rates both domestically and internationally.

This has a particularly significant effect on the economy’s so-called growth sectors. As businesses frequently borrow money from investors to fund and sell innovative ideas. Because safer investments like bonds become proportionally more appealing when interest rates are higher. Money tends to dry up in this area. That’s especially concerning for long-running businesses like Uber that nevertheless exhibit mediocre profitability and little growth.

Crypto Also Very Much Fits Into the Growth Category

While some crypto enterprises have solid revenue even during the present slump, many of them depend on investor capital of some kind while they move towards broader adoption. In the first half of 2022, such finances will be half as scarce as they were in 2021. This implies that the current job slump in the cryptocurrency industry and in tech more generally might end in one of two ways: either investment picks up, or more income starts coming in from customers.

The good news is that investment is still coming in. Albeit, slowly than at the height of the previous bull market, unlike Uber, crypto is still seen as a significant potential prospect. And there is still employment today.

“[Block chain firms] are still hiring despite this crypto winter,” claims Chen. “Despite the status of the economy, there are still some businesses in need of engineers or product managers. To some extent, those roles are timeless.

Josh Brenner, CEO of the job marketplace Hired, concurs that there are still many chances in the tech sector as a whole. Despite certain high-profile layoff rounds. Tech is everywhere, and you can be, too he says.

According to Brenner, “we started the year with extremely aggressive hiring, and now we’re more at an efficient or steady kind of hiring for companies.” In many cases, rather than from enterprises that are dwindling or dying, the layoffs came from businesses that were trying to develop too quickly had to abruptly change course.

Importantly, more skills required to work in crypto. Particularly in technical professions, are transferrable to the larger tech sector. Giving talents in coding, design, and other areas the basis for a solid career even if things get difficult in one particular field.

According to Brenner, “every corporation is a tech company now.” “Technically connected skills are going to help individuals best into the future,” if I had to choose one skill to learn, he added.

Brenner is observing a rising fusion between blockchain and more conventional finance, to be more precise. While hiring at crypto startups has slowed, he adds, “we’ve seen that a lot of banking and finance companies are employing people with the crypto expertise.” “Obviously, the banking industry has a big demand for blockchain expertise.” One example, the announcement of a new relationship between the blockchain project ChainLink and the venerable banking infrastructure company SWIFT.

According to Brenner, there are essentially two types of transferrable skills on the technical end of the spectrum. On the one hand, there are particular software tools or programming languages that are utilized by a wide range of sectors. There are a handful of things that are very consistent. Such as learning Python or how to administer an organization’s Amazon Web Services. Brenner advises students to conduct their own research to determine what skills are in demand. Those including browsing job boards and keeping an eye on online communities for particular coding languages.

On the other hand, according to Brenner, “businesses look for the act of genuinely learning a new talent.” In other words, the ability to learn with flexibility and discipline, which is a major goal of attending college, may be the most crucial skill for employers.

Good communication and organizational skills are crucial in non-technical professions. This is “particularly in this remote [work-from-home] environment that the majority of firms are aiming towards now.” There are many opportunities available if you have writing talent and are interested in blockchain technology. It includes areas from technical copywriting to marketing.

However, compared to technical positions, it can be more difficult to demonstrate your skills as, for example, an email copywriter. There are more and more options, particularly for coders. To pass aptitude exams or obtain particular certificates that can open doors without a college degree. For roles requiring communication or other abilities, Brenner claims that Hired is attempting to offer equivalent alternatives, but for so-called soft skills, “it’s a trickier process.”

This implies that non-technical occupations might benefit proportionately more from a college degree as a credential. As long as you’ve discovered other ways to demonstrate your effectiveness, though, Brenner claims that more and more employers are making exceptions even for those roles.

If you have a solid track record, Brenner claims that it matters more about your outputs and potential than your educational background.

Only recently have undergraduate programmes teaching blockchain and cryptocurrency expertise begun to emerge. The advent of DAOs, or decentralised autonomous organisations, has made many of the non-traditional entry points into the cryptocurrency space more accessible in recent times.

DAOs are virtually by definition excellent venues to consider a career in crypto, learn the fundamentals, and establish a reputation. They frequently use short-term contracts, with workers being given particular DAO-related tasks to complete. That could involve anything from developing contract code to creating material for a website. Finding projects, you’re interested in and learning where members congregate and interact are the most important steps. Because neither party is making a significant commitment. Finding this kind of gig work is frequently much simpler than getting recruited for a full-time position. They may also be the ideal choice for learners who are mostly concentrating on their classes.

How a Downturn Can Benefit Freelancers

The economic and cryptocurrency market collapse undoubtedly hampered DAO contract chances, despite the existence of joyful stories like Zeugh’s. The operation of DAOs, an exciting new frontier in the rapidly expanding blockchain universe, is mostly supported by investor capital. Although they haven’t completely disappeared, they have become much more scarce.

According to Spencer Graham, “several DAOs have engaged in budget-reducing measures of various kinds.” At DAOHaus, a platform for community-driven DAOs, Graham is a key contributor. Some DAOs have taken actions that are comparable to laying off contributors. While others have switched to a constrained project-based budgeting strategy. And the majority have also chosen to lower per-contributor remuneration.

However, there are benefits to the recession. Perhaps most significantly for people who are just starting their careers or are in school.

According to Brenner, “there is often an increase in freelancing opportunities when companies are not employing permanent employees.” As these businesses need more flexibility in their staffing arrangements in order to accomplish the same goals. This includes well-known IT firms, which can give employees with less experience greater opportunities to build their résumé.

Additionally, the winter slump has some benefits for pursuing a career in cryptocurrency. Many people who were momentarily attracted to the surface excitement of cryptocurrency tend to abruptly disappear from it. As there are fewer Super Bowl commercials and Paris Hilton plugs. This may open up more chances for those drawn to the crypto industry’s higher principles and objectives. It may include financial inclusivity and the replacement of surveillance capitalism.

These stronger commitments are also a major advantage for lasting and fulfilling success in the field. In reality, the most crucial foundation for making future plans may be to reflect inside. And this may determine why you are pursuing a career in cryptography.

According to Chen of Blind, those who enter into cryptocurrency are true believers. “They receive this type of psychological benefit from creating something fresh. That’s a major driver of motivation that might not be present if you worked at Goldman.