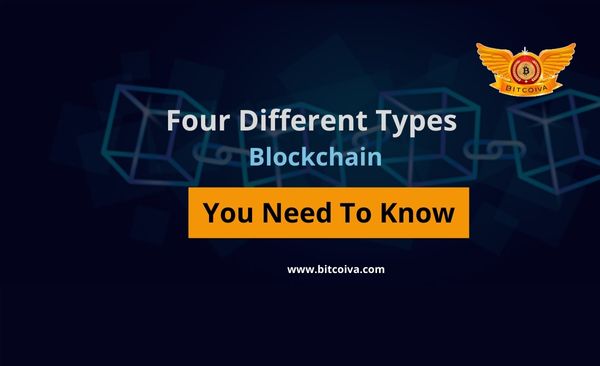 How Do Blockchains Function

You need to be familiar with some of the basics of blockchain, like how blocks, peer-to-peer, mining, etc., operate.

Transfers from Peer to Peer

Peer-to-peer (P2P) refers to an asset being exchanged directly between two parties without the use of an intermediary or a centralised authority (for example, digital currency). Each user is essentially an equal owner and contributor in a digital peer-to-peer network. Almost any type of information or file-sharing can be done on this kind of network. Blockchain makes it possible to securely transfer data without a middleman, as P2P advocates.

Blocks are the units used by blockchain technology to store groups of transactional records. The “chain” is made up of these bricks interconnected with one another. The term “digital ledger” is frequently used to describe this kind of storage. Through the use of cryptography, a consensus mechanism, and digital signatures, every transaction in this ledger is verified and rendered secure. The methods for adding data are constrained. It is nearly impossible to modify or remove data after it has been stored.

Network-connected machines known as nodes store copies of blockchain data and disseminate it to other nodes and PCs. It is not necessary for users to manually manage these processes on nodes. Typically, all that is required is for them to download and execute the blockchain software; everything else is taken care of automatically.

A cryptographic “hash” that is unique to each block of a blockchain serves as both a security measure against unauthorised access to the data contained therein and a marker for the block’s location in the chain by identifying the block that came before it. A 256-bit number called the hash is connected to the nonce.

A nonce is a random number used to distinguish a block’s hash address. A 32-bit whole number, that is. A mathematical algorithm that transforms digital data into a string of numbers creates hash codes. The hash code also changes if that data is altered in any way.

The cryptographic hash is generated by a nonce when a chain’s initial block is built. Data in a block is regarded as signed and permanently connected to the nonce and hash once it has been mined. The mining method is used by miners to add new blocks to the chain. To solve the exceedingly difficult arithmetic challenge of creating an acceptable hash, miners employ specialised software. All network nodes accept a change made by a successful block mining operation, and the miner is rewarded with newly minted currency.

Private and public keys are used in combination to form cryptographic keys. These keys support the successful conclusion of business transactions involving two parties. These two keys are in the hands of each person. They create a safe digital identity reference using these keys. The secure identity of blockchain technology is its most significant feature. In the world of cryptocurrencies, this identity is referred to as a “digital signature” and is used to approve and regulate transactions using cryptographic keys.

Different methods can be used to create a blockchain network. They may be permissioned, public, private, or built by a consortium of persons.

A public blockchain is one of the types of blockchain that anybody can access, send transactions to, and expect those transactions to be included if they are legitimate and take part in the consensus process, which decides which blocks are added to the chain and what the current state is.

Public blockchains are secured using cryptoeconomics, which combines financial incentives with cryptographic verification using techniques like proof-of-work (for Bitcoin) or proof-of-stake (for Ethereum) (Ethereum). In general, these blockchains are thought to be “fully decentralised”.

By proving that certain acts are outside the purview of even the app developers’ authority, public blockchains provide a way to protect app users from their developers. Public blockchains are open, thus many organisations are likely to embrace them without the necessity for third-party verification.

Another factor that has made the public blockchain so popular is its anonymity. Yes, it is a secure and safe open platform where you may operate your business effectively and legally. You are not required to provide your real name or identity in order to take part. If your identity is protected, no one can monitor your network activity.

However, there is insufficient security, little to no transaction privacy, and significant processing power is needed. These are significant factors for blockchain use cases across different businesses.

Additionally, the central authority does not necessarily give every node the same permissions to carry out tasks. Private blockchains are only partially decentralised, though, because they are not accessible to the general public.

Network sharing at the business level typically requires a higher level of privacy due to data confidentiality concerns. If this is a need, the ideal blockchain to use is a private one. Because only a select few users have access to specific transactions, private blockchains are clearly a more reliable network alternative.

Compliance is essential in every industry, as well. Any technology that does not adhere to strict compliance regulations will eventually fail. Private blockchains adhere to and include all compliance rules into their ecosystem in order to make transactions simple and smooth.

Constructing consortiums, on the other hand, can be challenging because it calls for cooperation between several businesses, which raises logistical concerns and the possibility of antitrust breaches.

For the financial services sector and beyond, the corporate software company R3 has created a well-known set of consortium blockchain solutions. The Global Shipping Business Network Collaboration was established by CargoSmart as a non-profit blockchain consortium with the goal of digitising the shipping sector and enhancing operator collaboration in the marine sector.

The consortium blockchain is managed by a single entity, yet it is guarded against monopoly. As soon as everyone concurs, the supervisor can implement their rules, adjust the balances, and cancel transactions that are found to be full of errors. In addition, it performs a number of other responsibilities to offer goal-oriented collaboration to firms with the same objective.

The flexibility of consortium blockchain is another feature that sets it apart from public blockchain. In the public blockchain, mutual agreement and synchronisation may provide problems for maximum validators. Such divergence results in the formation of forks, which does not happen in consortium networks.

No matter how many benefits consortium blockchain offers, it still has disadvantages. Being centralised makes this blockchain vulnerable to malicious players, which is one of its biggest downsides. It is presumed that one of the participants is at fault when the number of participants is limited.

The consortium blockchain’s launch is a complex procedure. The procedure for member communication must be approved by all. However, constructing a public network linking firms takes time since an organisation has less flexibility than a small business.

Businesses that develop a private blockchain often set up a permissioned blockchain network. It’s important to remember that public blockchain networks can also have permissions. This places restrictions on who is permitted to use the network and what transactions they can carry out. Participants must first get an invitation or authorization in order to participate.

A decentralised platform is offered by permissioned blockchain networks, which suggests that data is not kept in a single location and may be accessed by anyone, anywhere, at any time. It makes sure that every document has unchangeable signatures. Because every information exchange and transaction is cryptographically encrypted, the entire system is secure and all data is protected.

The miners and users of the network also maintain their anonymity.

Transparency is another benefit of the permissioned blockchain. All of the data and information are visible to everyone. This advantage, though, has backfired, raising questions about the security of data in the permissionless blockchain.

On the permissioned blockchain is one of the types Of blockchain, one does not have to provide identification documentation. You only need to dedicate your processing power to join the network. Any miner can join the system after figuring out the nonce value and resolving the challenging mathematical puzzle.

Because the identities of the traders are kept secret, anonymity is generally a beneficial thing, but it can also generate problems. The permissionless blockchain, for instance, makes it hard to find the people engaged in a transaction or run a hoax. Because of these capabilities, a lot of people are using blockchain for criminal operations.