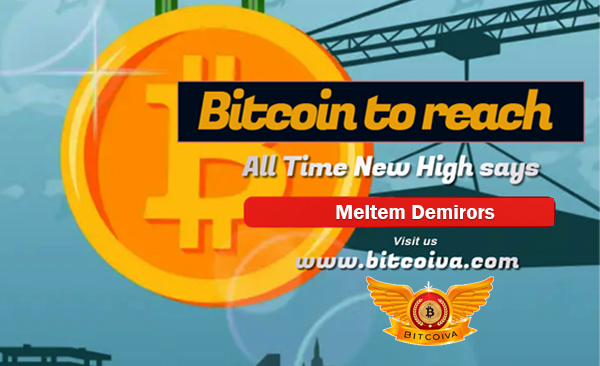 Although Bitcoin (BTC) may still have further to fall, Meltem Demirors, chief strategy officer at Coin Shares, thinks the leading cryptocurrency will break new records within the next 24 months.

Demirors remarked that Bitcoin has always been a “cyclical asset” with drawdowns from peak to trough historically averaging between 80 and 90 percent when speaking on CNBC’s Squawk Box on Monday.

Demirors thinks there is still opportunity for a downward adjustment given that Bitcoin is still 65 percent below its all-time highs from November 2021.

Demirors pointed out that there has been substantial support near $20,000, though, and she did not anticipate Bitcoin to drop below $14,000. By 2024, she asserted, the discomfort would be a distant memory.

“Bitcoin will reach new all-time highs within the next 24 months.”

Given that Demirors sees “no near upside catalysts,” a reversal may be some time off, which might mean prolonged suffering for weaker crypto ventures.

Naturally, there were several liquidations and insolvencies, which had a significant impact on the market. […] We’re talking about capital that essentially vanished overnight—$10, $20, or $30 billion:

There will undoubtedly be more suffering for tech stocks, growth, and cryptocurrency in the future.

Demiror predicted that, like tech stocks, a sizable portion of crypto assets would be destroyed during the bad market.

“Like so many tech stocks, there’s a very long, long tail of crypto assets that I think will fall to zero and that really don’t have any long-term chance.”

A similar opinion is held by Louis Schoeman, managing director of the broker comparison website Forex Suggest. He stated in a recent 9News article that up to 90% of all cryptocurrency projects could fail due to the current crypto crisis.

Only the most resilient cryptocurrency projects will survive this bear market, according to Schoeman, who described this as a “cleaning process.”

But it also provides a significant chance for many no-coiners to make their first foray into the cryptocurrency market. In the current crypto environment, fortune favors the courageous.

Related: A Glassnode expert claims that Bitcoin has grown more robust despite experiencing the “worst bear market ever.”

Billionaire businessman Mark Cuban stated last month that he does not anticipate the crypto bear market to end until there is a stronger emphasis on applications with business-focused utility.

Cuban also thinks that the crypto sector will eventually consolidate due to mergers between various protocols and blockchains because “that’s what happens in any industry.”

Why is Crypto Falling Apart

Interest rates, inflation, and other macroeconomic variables that can influence investor confidence in hazardous alternative assets can also have an impact on the market movements of cryptocurrencies. Savings accounts become more alluring as interest rates rise, and some people might feel more comfortable investing their money where they can expect a steady return.

Additionally, when prices drop sharply, like they did in the spring of 2022, it may put additional pressure on the market as some investors are compelled to free up funds to pay other debts.

Governmental measures by regulators around the world may further fuel investor cynicism and cause crypto prices to fall.

Public leaders are considering what the technology might entail for monetary policy, security, and the environment as interest in cryptocurrencies has surged.

China has been very combative. For instance, prices fell after the Chinese government claimed it was forbidden for foreign exchanges to conduct business with Chinese citizens on September 24, 2021.

The cryptocurrency market has been preparing for U.S. government intervention on several fronts as the drawdowns in 2022 have occurred. The Biden administration has directed federal agencies to create comprehensive plans for crypto supervision as monetary authorities increase their interest in a bid to reduce inflation.

Here Are The Reasons Why Bitcoin is Falling Apart

After the Luna-Terra debacle, everything began. It was an incident with serious repercussions for both its investors and the overall crypto economy. A stablecoin called Terra coin, which had a market capitalization of more than $18 billion before the crisis, caused many investors to lose all of their life savings.

Stablecoins are largely used by cryptocurrency investors to easily enter and exit the fiat market without the need for a third party (in this case, a bank) to approve these transactions. Stablecoins are designed to be valued at parity with the US Dollar or another fiat currency.

There are many stablecoins on the market, including, to mention a few, Binance USD (BUSD), USD Coin (USDC), and Tether (USDT). Three of the aforementioned stablecoins are issued by the central bank and tied to the USD. These organisations own a fund of dollars that backs each coin to $1 in the form of cash reserves or commercial papers/receivables.

Terraform Labs (the business behind Terra) devised a strategy to sell all of its Bitcoin reserves to restore the peg to $1 when Luna lost 99.9% of its value, but ultimately failed to do so. As a result, the market for cryptocurrencies lost more than $40 billion.

According to information obtained from Investopedia, cryptocurrency values fluctuated in late 2021 and into mid-2022 in a manner akin to stock prices. If you look at the S&P 500 chart, the same can be seen right now as well as tech firms like Amazon, Tesla, and Apple fell more than 6%. In the stock market, this is a significant event.

The crypto market displayed a similar pattern as well. On Monday, the price of Ethereum, Dogecoin, and Bitcoin all plummeted under the $23,000 mark.

According to a New York Times analysis, the price changes of Bitcoin closely track those of the Nasdaq, a benchmark that is skewed toward tech firms. Although cryptocurrency markets should ideally operate independently of conventional markets, they have historically been responsive to changes in the mainstream financial sector.

The US Federal Reserve has agreed to raise interest rates in an effort to curb inflation. According to a Wall Street Journal story, the Fed will employ an aggressive plan to raise the cost of debt, reduce spending, and control record-high inflation.

In response to “extreme market conditions,” Celsius Network, a Decentralized Finance, stated on Sunday that it is blocking all cryptocurrency transactions. All the cryptos fell during the massive sell-off that followed the shutdown.

The company had stated in a blog post that it was taking “this necessary move… to stabilise liquidity and operations while we take actions to preserve and protect assets.” Additionally, customers will continue to earn incentives throughout the hiatus in keeping with our promise to them.