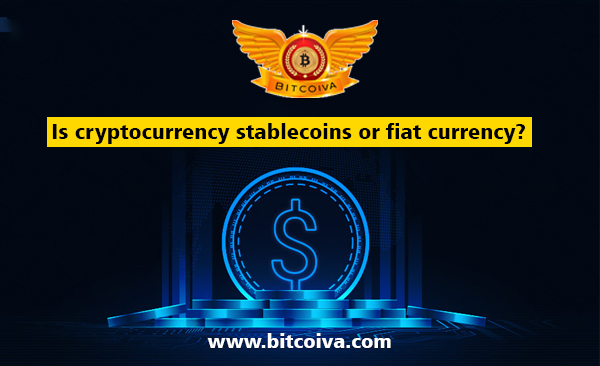 What Exactly is Stablecoins?

Stablecoins are digital assets that are linked to a reserve asset like a currency (such as the dollar or euro) or a commodity (like gold, oil or real estate). Stablecoins’ value is less susceptible to price fluctuations because to their backing by other assets, hence the name.

The stablecoin PAXG, or Pax Gold, for example, is linked to gold values, whereas terra USD is linked to the US dollar. According to the Blockchain Council, there are about 200 different types of stablecoins in the world. Tether ($78.6 billion), USD coin ($49.9 billion), and Binance USD ($17.2 billion) were the three most valuable stablecoins as of Friday.

A stablecoin is a cryptocurrency whose value is tied to another asset, most commonly a currency like the US dollar or the euro, though other assets can be used. This type of crypto coin tracks the underlying asset, ensuring that its value remains steady over time, at least in comparison to the currency to which it is linked. In effect, it’s as though the underlying asset, such as a digital dollar, has gone electronic.

Stablecoins are frequently backed by the assets they’re linked to, as their objective is to track an asset. For example, when a stablecoin is issued, the issuing body usually establishes a reserve with a financial institution that maintains the underlying asset. A stablecoin, for example, may have a $100 million reserve and produce 100 million coins with a constant value of $1 each. If the owner of a stablecoin wants to pay it out, the real money can be retrieved from the reserve.

This structure contrasts with the fact that most cryptocurrencies, such as Bitcoin and Ethereum, are unbacked. Unlike stablecoins, the prices of these other cryptocurrencies vary significantly as speculators trade for profit.

Some stablecoins are backed by hard assets, whereas others aren’t. These others, on the other hand, use technological techniques (such as destroying some of the coin supply to create sc) to keep the price of the crypto coin stable. These are known as algorithmic stablecoins, and they are riskier than asset-backed stablecoins.

What Exactly is Fiat Currency?

Fiat money originated from asset-backed currencies, in which governments would mint or print money that was either made from a physical commodity — such as precious metals like gold or silver — or could be redeemed for the same. However, government’s ability to hold enough precious metal to back every coin or piece of paper currency dwindled over time, and so-called fiat currencies proliferated.

The present fiat money system, for example, arose in the United States throughout the twentieth century as many countries abandoned the gold standard, in which currencies were directly linked to gold. Because fiat money has no underlying asset, its value is determined by government policy and foreign exchange markets.

There are around 180 fiat currencies in use today. The factors of supply and demand drive the value of fiat currencies. The Federal Reserve, for example, uses monetary policy to limit supply by estimating how much money is required in the economy and printing appropriately. The greatest danger is that they will print too much money, resulting in hyperinflation, which is defined as fast, out-of-control price increases that can cause economic disaster.

The stability of the government that issues a fiat currency, as well as trust in the central bank that oversees its supply, are essential for its acceptance. Here’s a closer look at the fiat-currency systems that have become commonplace in modern economies.

How Do They Work?

Fiat is a Latin word that roughly translates to “a legal authorization; a decree.” As a result, fiat money refers to a government order that provides these currencies value and legal tender.

There is no underlying store of gold or silver to provide substantial value to fiat currencies.

Fiat money, on the other hand, is backed by the authority of each government. The US dollar, for example, is backed by the “full faith and credit of the United States government.” According to the Federal Reserve Board of Governors: “(Dollars) have no redeemable value in gold, silver, or any other commodity, and are unbacked by anything.” The value of the notes is determined by what they will be used to purchase. In another sense, Federal Reserve notes are ‘backed’ by all the commodities and services in the economy because they are legal tender.”

Because a government can generate as much money as it wishes, fiat money may be more prone to inflation and deflation. The value of these currencies is also determined by consumer confidence and the currency markets.

When comparing stablecoins and fiat currencies, it’s important to consider how helpful they are as a medium of exchange.

Everything appears to be apparent when it comes to fiat currency. Fiat money can be spent with cash or loaded onto a debit or credit card. Fiat currencies can be used for direct purchases, money transfers, bill payments, and tax payments, among other things. The majority of extant fiat currencies are only usable for domestic purchases within the borders of the originating country. While spending overseas, they must be exchanged into other currencies. In most cases, an exchange fee is charged.

There is always an exchange rate margin – the percentage difference between the exchange rate at which banks and currency exchange services trade and the exchange rate supplied to consumers – if the fee isn’t stated clearly. Some currencies, such as the US dollar or the euro, may be accepted abroad without having to exchange them for the local currency.

When it comes to stablecoins, the majority of people have no idea how to make use of these crypto assets. The first application variant is self-explanatory: stablecoins can be traded on crypto exchanges. Some exchanges even allow you to earn interest by lending your altcoins or stablecoins.

Fixed and flexible loan arrangements, as well as P2P crypto lending platforms, are available. On most exchanges, stablecoins now have the highest interest rates, ranging from 5% to 25%. There are several chances to generate an income on price-stable assets, and these opportunities will rise as the DeFi market matures.

Stablecoins can also be used to make everyday transactions at traditional retail outlets. So far, the direct purchasing option hasn’t been frequently used. Multi-currency wallets, on the other hand, can instantly convert crypto to fiat. One of the most popular multi-asset crypto wallets, Trust Wallet, for example, allows you to use your stablecoins by converting them to fiat and cashing out.

The BitPay wallet software announced the launch of stablecoin payments for merchants and consumers all across the world in 2019. Some crypto ATMs, such as Instacoin in Canada, also allow you to cash out the most popular stablecoins at specific locations.

We may be on the threshold of a new era for stablecoin payments right now. Even legacy banking institutions are urged to safely participate in blockchain transactions, according to a recent letter from the Office of the Comptroller of the Currency, a division of the United States Treasury.

Stablecoins are a new type of payment technology, according to the US regulator, and banks can act as a node on a blockchain and even produce stablecoins. Although the letter is not a legal prescription, it is a significant step toward acknowledging the reliability of stablecoin payments.

The profitability of a financial instrument is the next point of interest for asset owners. Most traditional solutions are more expensive than modern fintech methods, as we all know. Is this also true for fiat currency and stablecoins?

Fiat currencies can be used to purchase stocks, bonds, and other tradable assets, as well as to save for a future income. The amount of interest you receive is very dependent on the currency, the terms of the investment, the development of the chosen asset, and bank rules.

Let’s use the US dollar as an example. The national average yearly percentage yield on savings in the United States is 0.05 percent, however many national banks pay barely 0.01 percent. The finest high-yield savings accounts offer an annual percentage yield of roughly 0.50 percent. If the S&P 500 is used as the benchmark, the average stock market return is around 10% every year. Meanwhile, throughout the recent decade, the rate of inflation for the US dollar has ranged between 0.6 % to 5% in times of crisis. As a result, even in a steady market, inflation rates may have eroded your purchasing power over the course of a year. Furthermore, the US national currency has seen significant movements of up to 20% throughout history.

Stablecoins, on the other hand, are not like that. Their pricing is asset-backed and doesn’t fluctuate much. However, they must be exchanged for fiat currencies in order to be spent outside of the blockchain, therefore peg currency inflation has an impact on their purchasing value. As for investment prospects, as previously said, lending your stablecoin assets to sites that support such services can be very beneficial. The APY ranges from 5% to 25%, which is far greater than what high-yield savings accounts pay for storing your fiat money.

Savings accounts, in addition to lending opportunities, can be used to store stablecoins. Coinbase launched a high-yield savings account related to USDC last month. It pays 4% APY on USD Coins, which are stablecoins that can always be redeemed for $1. Binance pays 2% interest on flexible savings and up to 5% interest on locked savings for stablecoins like USDT and BUSD. Customers can earn 12% on their stablecoin investments with daily compound interest and no fees on Nexo. At the same time, the fintech platform offers the same earning rate for traditional fiat currencies such as the US dollar, Euro, and British pound.

In contrast to the stock market, which is dominated by fiat, stablecoins offer another way to profit. It’s known as staking. Staking cryptocurrency entails purchasing and keeping a specific number of tokens in order to become an active validating node for the network. The buyer gets reimbursed for being a part of the network’s security infrastructure. Staking offers for popular stablecoins on the market might range from 2% to 22% annual percentage yield.

Stablecoins, as you can see, can be a far more profitable investment than fiat money. Legal uncertainties and national crypto restrictions in some countries are the only things preventing people from using them as a financial instrument.

One thought on “Is Cryptocurrency Stablecoins or Fiat Currency”