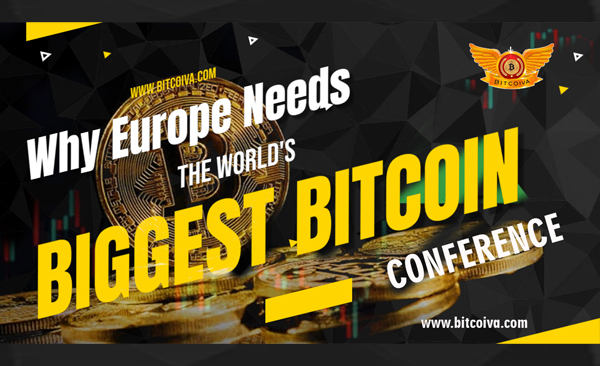 At Bitcoin Magazine, we’ve been working hard to increase the movement’s voice and visibility. In order to capture and disseminate the culture of Bitcoin, we’ve created a print magazine. A multimedia team to produce Bitcoin content of all kinds, a website to share news and ideas, some social media accounts to break news and spread memes, a Bitcoin conference to bring everyone together and shine a spotlight on the sector.

In addition to being the biggest Bitcoin conference ever. Bitcoin 2022 also turned out to be the biggest finance conference and one of the biggest cultural events ever. But the majority of the speakers, exhibitors, and attendees are Americans.

Bitcoin is a Global Phenomena, Not Just in America

It’s time for Bitcoin Magazine to follow Bitcoin’s lead and go global as well. The long-term objective of Bitcoin Magazine is to expand the Bitcoin movement to every continent and every language. We’ve started establishing the brand in many nations throughout the world (more to come on this in later updates). We are now thrilled to introduce Bitcoin Amsterdam, our first conference held outside of the US.

Bitcoin 2014, the second-ever Bitcoin conference, which was also held in Amsterdam, serves as a precedent for Bitcoin Amsterdam. Similar to Bitcoin 2014, we will convene the global Bitcoin community. As well as those from Europe to celebrate, educate, work together, and learn about bitcoin.

Many of our most productive developers and brilliant entrepreneurs are from Europe, which has been a hub for Bitcoin innovation. And yet, despite some excellent conferences for ardent Bitcoin supporters to developers. There isn’t a location for people from the uninitiated to the imprisoned to get together and create the movement in Europe.

Now is the moment to do that.

The objective is to establish a flag for the world’s largest Bitcoin conference in Europe. The luminaries, cypherpunks, freedom fighters, celebrities, and geeks who can explain and emphasise how Bitcoin is fundamentally altering the world.

The organizations, businesses, and communities. That our movement supports during a downturn will be best positioned to see rapid expansion during an upturn. The adoption of Bitcoin will revolutionize Europe. Join us in making it happen rather than just watching it happen! Bitcoin Amsterdam will be the best opportunity to achieve this if you have a business that needs to be started. An idea that needs to be shared, or relationships that need to be nurtured. Of course, the city will be waiting if you just want to have a good time with your fellow Bitcoiners. While the cocktails are flowing.

Other Bitcoin Main Conference in 2022

Blockchain technology development has progressively moved to Miami. It is the first US city to have its own CityCoin. Additionally, the Algorand Blockchain-based decentralized air-quality monitoring network was chosen to be implemented. There as the first place outside the EU.
Additionally, it is hosting the Bitcoin Conference this year. According to the event’s official website, it is the biggest gathering of Bitcoin proponents, with 35,000 people, more than 450 speakers, more than 3,000 enterprises. And more than 100 artists over the course of four days. Here are some of the highlights from the first day of the 2022 Bitcoin Conference:

Day 1 of the main conference

Day 1 or “Industry Day” was filled with general crypto topics. And how the Lightning Network contrasts with stablecoin operations rather than just concentrating on Bitcoin. The general public was only able to watch a video feed of these conversations on YouTube. Because they were not permitted to attend in person.

The day began with a speech from crypto-friendly Miami Mayor Francis Suarez. What’s at risk is government law that can advance us into the next generation or put us back, he said, adding that the next US President has to be more “pro-Bitcoin.”

The most notable event of Day 1 was the cancellation of the visit of El Salvadoran President Nayib Bukele due to “unforeseen circumstances.” According to President Bukele’s letter, “I have just decided to withdraw from the conference due to unanticipated events in my home nation that necessitate my full-time attendance as President of a Nation.”

Later on in the day, Jack Mallers, the CEO of Strike, disclosed a collaboration with Shopify, NCR, and the Blackhawk Network, the three leaders in the world of payment systems, to enable Bitcoin transactions at merchant locations across the USA.

If you want to use a Lightning node via Tor, you can do so by walking into a grocery store, Whole Foods, or a Chipotle, stated Mallers on stage.

Any online retailer using Shopify is able to accept payments devoid of the 1949 Boomer (credit card) network, receive them promptly, have the money go straight to their bank account, and pay no intermediary or additional fees. Mallers further stated that he was closely collaborating with Senator Cynthia Lummis to prevent any opposition from impeding the implementation of this new payment method.

The address of Ricardo Salinas, the third-richest person in Mexico and a fervent supporter of Bitcoin, was the next major feature. He expressed worry about the problems with the traditional financial system.

Also he stressed the term “fiat fraud,” claiming that institutions were destroying investor wealth while pretending to create value by depreciating the currency they were trading in. He assertively said, “Unfortunately, it’s over for the US. Sell your shitcoins, and buy bitcoin.” He even admitted that Bitcoin constituted 60% of his entire portfolio.

Users of Cash App’s three new products will be able to invest a portion of their Bitcoin payments in cryptocurrencies. These products were just introduced. They could select from 1% to 100% of the amount of their paycheck.

Second, by allowing users to automatically invest such tiny sums, Cash App will take into account micropayments and integrate leftover change into its ecosystem.

Last but not least, money would travel without a hitch using Lightning Network-based Bitcoin transactions.

More intriguingly, a number of regions said that they have adopted Bitcoin as their separate legal currency. Three regions—Prospera in Honduras, Madeira in Portugal, and Mexico—made this declaration. Even further, Prospera eliminated the capital gains tax on bitcoin.

President Biden’s executive order, according to MicroStrategy CEO Michael Saylor, is equivalent to “the President of the United States giving the green light to Bitcoin,” he said. “I think that Bitcoin should be taking a victory lap for what happened here just in the past few weeks in the U.S. government,” he added.

He even praised Cash App and the cryptocurrency exchange Kraken for allowing the Lightning Network while urging people to utilize the effective platform.

Robinhood, a cryptocurrency exchange, also declared that it had implemented support for the Lightning Network. The exchange claimed that Bitcoin transaction costs “are too stinking high” and that this is significantly impeding adoption. It allowed transactions to be made in cents rather than dollars and also promised a smaller carbon imprint.

Peter Thiel, the creator of PayPal, dominated the event with two performances that received mixed reviews. He started handing out wads of $100 bills to participants as he tried to illustrate the difference between fiat money and cryptocurrencies.

He made fun of the throng as they rushed to seize the cash, adding, “I thought you guys were supposed to be Bitcoin maximalists.

Second, he referred to Warren Buffet, the CEO of Berkshire Hathaway and a legendary investor, as a “sociopathic grandfather” in reference to his condemnation of Bitcoin investments. Thiel continued by predicting a hundred-fold increase in Bitcoin prices from their current level. Even JP Morgan CEO Jamie Dimon, who had previously called Bitcoin “worthless,” came under fire from him. “The national banks are failing. The era of fiat money is coming to an end, he declared.