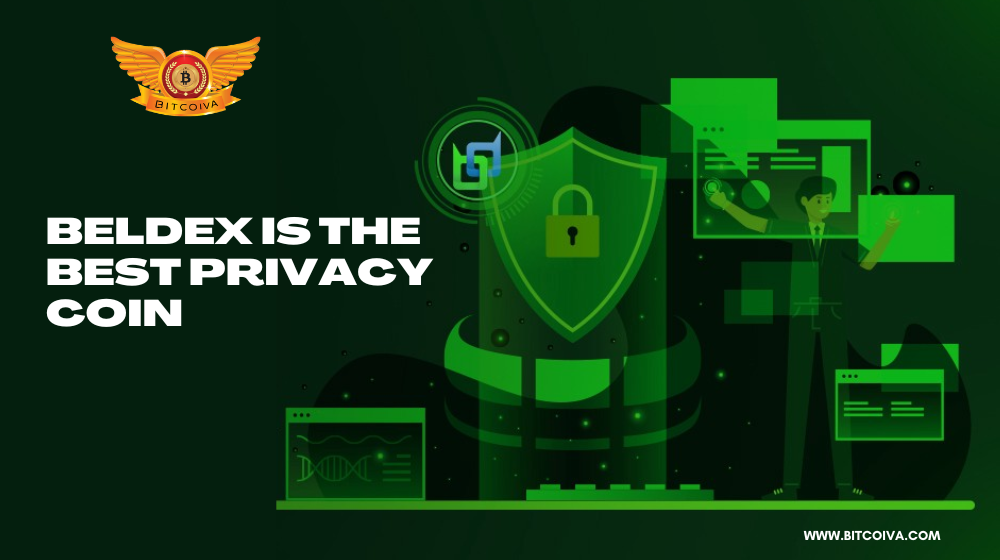 Every user’s internet surfing experience includes privacy, and while blockchain technology and cryptocurrencies became popular owing to their anonymity, much more work still has to be done. With the aid of companies that specialise in blockchain analysis, many transactions that occur through the blockchain network can still be traced back. This also applies to cryptocurrency transactions.

Although many best privacy coin, including Monero, have attempted to address this issue, the proof-of-work algorithm has scaling issues. With the support of a privacy-based ecosystem, beldex the best privacy coin , a blockchain network, aims to let users anonymize their online activity.

What Exactly is Beldex?

Beldex is a decentralised blockchain project powered by proof-of-work that promises to provide an ecosystem where users’ regular online activity, including their transactions, messages, and much more, is anonymous. The technology protects the beginning and endpoints of transactions using ring transactions, stealth addresses, and secret transactions. They employ the open-source CryptoNote technology, which governs the anonymity of transactions made on the blockchain.

The platform is presently working on the proof-of-work (PoW) technique, but they will soon switch to the proof-of-stake (PoS) mechanism.

Beldex is switching from a PoW to a PoS technique in order to improve the security and decentralised nature of the blockchain while also boosting its scalability. The platform now relies on a proof-of-work system where miners build the blocks and masternodes verify them. The nodes receive 2 BDX block rewards for their assistance.

On December 10th, 2021, the shift will occur approximately at block height 742421. It’s referred to as the Bucephalus hard fork.

The network will only have masternodes after the Bucephalus hard fork, hence mining will no longer be necessary. Additionally, the block period will be cut in half, from 120 to 30 seconds.

In addition to validating transactions, the masternodes will also serve as storage servers and routers, which will be beneficial for BChat and BelNet Dapps.

In today’s modern age, everything operates digitally. In this list, cryptocurrency is one. Everywhere we go, some groups of individuals are beginning to talk about cryptocurrencies. The market’s hottest rising subject at the moment is cryptocurrency, which has just risen to new heights. Due to its security and privacy, everyone is becoming aware of it. No one can access our data or trace the specifics of our transactions. They are also unaware of the amount we have in our account at the same time. Due to several security precautions, many people began utilising them. Because of this, a lot of new coins are entering circulation. Every coin had a monetary worth.

Many locations accept these cryptocoins for purchases and other transactions. As a result, its value is progressively rising.

Cryptocurrencies are used because of their private character, as we all know. It ensures the privacy of our transaction. The centralised blockchain, which records our history of prior transactions, can be hacked in specific circumstances. We are introducing the Beldex Privacy Protocol to secure privacy. You can make your transaction anonymous so that no one can access your info by using this privacy protocol. On the decentralised blockchain masternodes, everything will happen.

What Steps Does It Take?

The mint, transfer, and redeem operations are the basis of the Beldex privacy protocol. These steps will transform your transaction into an anonymous transaction. Since the cross-chain privacy protocol is built-in, all cryptocurrencies can be exchanged and transferred as new tokens. The Beldex blockchain will host the process. As a result, tracking appears to be impossible on the decentralised blockchain because no metadata information will be exchanged. Only the hackers who attempt to hack will obtain the data in encrypted form. There is no relevant information in the encrypted form of the data; there is only an alpha-numeric code.

Harry will receive a 2 BTC transfer from John via the Beldex secrecy protocol.

As we indicated earlier, there will be three steps in this process. They are

Mint: During the minting process, John’s 2 BTC will be converted to 2 bBTC. The privacy coin value won’t change because it is maintained at 1:1 throughout the entire procedure.

Transfer: Harry will receive this 2 bBTC in an anonymous transaction. The Beldex blockchain is used for the transaction in order to protect privacy and make it anonymous.

Redeem: Harry will now get the newly created 2 bBTC. Using the same Beldex secrecy mechanism, he can convert the 2 bBTC back into 2 BTC without losing any of its value.

Ring CTs: Ring Confidential Transactions will conceal the amount being transacted while verifying the input and output of the ring transaction.

In this way, the Beldex network secures a BDX transaction by employing the cryptonote privacy protocol.

Beldex wants to offer its users tools that will increase their security and privacy.

Transactions on Beldex that use the RingCT protocol are private since it hides the sender’s and receiver’s addresses as well as the transaction’s value.

In addition to helping to safeguard money and thwart attempts at double-spending, the network’s existence of masternodes also gives the public the chance to stake BDX.

The company contends that because Beldex combines RingCT, stealth addresses, and the cryptonight algorithm, all transactions are practically hard to track.

Beldex is creating a number of decentralised applications (dApps) on its ecosystem with the goal of giving consumers a decentralised and privacy-focused experience.

The Beldex team created BChat, an anonymous and decentralised private communication. Users may effectively shield their communications and any associated metadata from third parties using the encrypted messaging software.

Although the BChat app has not yet been released, it will be accessible to users by the end of 2021.

The BelNet is a peer-to-peer (P2P) virtual private network (VPN) owned and operated by Beldex. By employing Beldex secure masternodes, the software will enable anonymous internet browsing for users.

It is expected to go into effect before the year is up.