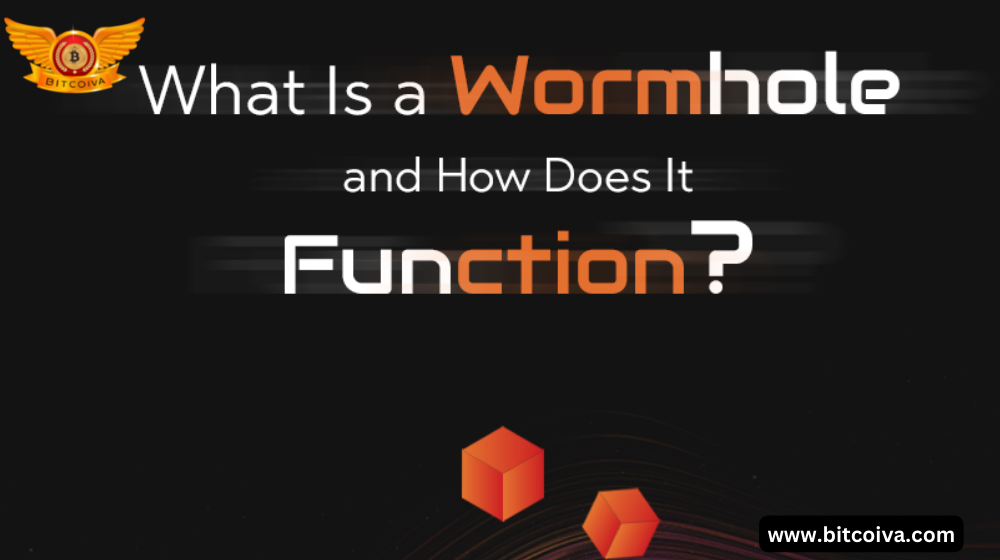 Wormhole is a universal, decentralised message-passing protocol that connects to multiple blockchains. Wormhole enables communication between blockchains such as Ethereum, Binance Smart Chain, Terra, Solana, Polygon, Avalanche, and Oasis. It addresses two of the most serious issues plaguing blockchains today:

Tokens are difficult to move between blockchains without the use of centralized Crypto Currency Exchange In India to bridge and swap tokens. However, this exposes users to counterparty risk.

Decentralized applications (DApps) and smart contracts on different blockchains are unable to communicate with one another, making interchain interoperability difficult to achieve.

Wormhole addresses this by monitoring multiple chains for messages sent by smart contracts on those chains. This accomplishes by deploying the Wormhole Core Layer, a core contract on each chain that routes received messages to the target chain. In which is the core function of the previously mentioned universal message-passing protocol. Wormhole is protected by a guardian network of 19 nodes.

This system enables cross-chain communication protocols such as token and NFT bridges. Cross-chain oracles, and other messaging applications that would not be possible without the infrastructure provided by Wormhole.

How Does a Wormhole Function?

The Wormhole Token Bridge is the most notable and well-known feature of Wormhole, though it is not the only one. It allows for the trustless and permissionless Top Crypto Trading Platforms In India with their assets between layer-one blockchains such as:

Following a transfer request, the guardians verify it and then lock the platform’s native tokens in a smart contract. On the target chain, the equivalent number of tokens mint as a wrapped asset.

Each bridging transaction incurs a small transaction fee as well as the standard gas fees that must pay to the sender and receiver chains. While gas fees on chains such as BSC, Solana, Polygon, and Avalanche are extremely low, Best Cryptocurrency Exchange Platform Ethereum, fees can reach $50 or higher.

The current Wormhole Token Bridge version is the V2, which is built on top of the Wormhole Core Layer but is not considered a part of it. It is as decentralised as the core layer and the primary decentralised token bridges of Solana and Terra. It also has more than $1 billion in TVL and supports NFTs.

What Makes Wormhole Blockchain So Special?

Support for a Wide Range of Popular Blockchains

One of them is its selection of supported blockchains, which allows users to access a plethora of DeFi protocols without relying on centralized solutions. You can, for example, move ERC-20 tokens from Ethereum to other chains and use DeFi protocols there. This is a welcome solution for Crypto Exchange Platform like Ethereum users who have been plagued by high gas fees, which appear to be a long-term issue. Similarly, token holders from other chains can gain access to the vast Ethereum DeFi ecosystem.

Wormhole also supports Solana and Terra, two of the most popular layer-one blockchains on the market, with rapidly growing TVL thanks to their own flourishing DeFi ecosystems. Wormhole differs from most other bridges in that it supports all three “major” DeFi chains.

Furthermore, the Wormhole NFT portal enables users to send NFTs across multiple blockchains. Again, other popular token bridges do not support this feature.

Wormhole, in addition to the token bridge, supports decentralised applications built on top of it. Developers can approach applications from a protocol-first design perspective thanks to Wormhole’s architecture. These can be chain-independent or take advantage of the strengths of each blockchain. For example, an application may choose Solana to confirm transactions due to its low transaction fees. But Ethereum as its final settlement layer due to its security.

Wormhole Blockchain in the Media

Despite having a clear use case and an appealing value proposition, Wormhole received the most media attention for a massive $320 million hack that targeted its bridge between Solana and Ethereum. As a result, 120,000 Wrapped Ether were stolen in the biggest hack of 2022. It was one of the biggest DeFi hacks in history.

The hacker minted the amount on Solana, redeemed 93,750 Wrapped Ether on Ethereum, and exchanged the remainder for SOL and USDC on Solana. The Wormhole team attempted to contact the hacker via their Ethereum address and offered a $10 million reward for the return of the stolen funds, but to no avail.

According to Tom Robinson, co-founder of blockchain analytics firm Elliptic, this hack demonstrated yet again. The vulnerability of DeFi services and that their security has not yet reached a level sufficient to store large sums of money within them.

To their credit, Wormhole’s backers stepped in and replaced the stolen funds. Jump Crypto, the crypto venture capital firm behind Wormhole developer Certus One, deposited the 120,000 wETH back into the exploited smart contracts. Jump’s president, Kanav Kariya, admitted to having aged “two years in two weeks,” but backed up the company’s position that Wormhole is critical infrastructure for a multi-chain future.

Wormhole launched a $10 million bug bounty programme on ImmuneFi as a result of this exploit. In order to provide users with more security and to support the protocol’s commitment to DeFi. The programme will concentrate on preventing such exploits. As well as issues such as governance manipulation, the exposure of private keys, sybil attacks, and others.