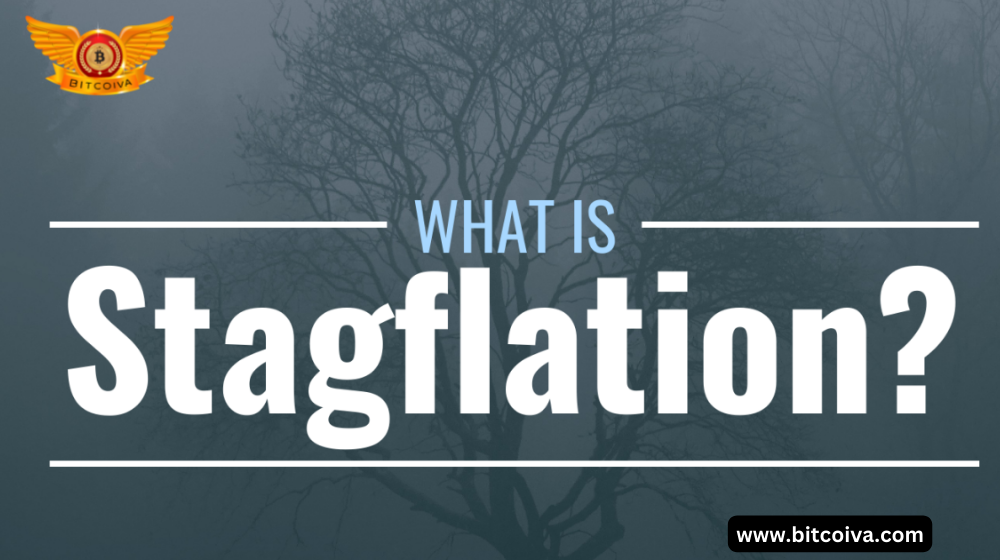 An old buzzword has resurfaced: stagflation. In today’s article, we’ll go over the concept of stagflation in depth and examine its economic impact. To gain a better understanding, we will look at the factors that distinguish inflation from recessions and stagflation.

What Exactly Is Stagflation?

Stagflation is the most difficult situation in which an economist can find themselves. Interest rates are typically used to control inflation in an economy. This is fine as long as economic growth continues — which is usually the case, because unemployment tends to slow inflation while inflation tends to spur economic growth. The stagflation scenario forces economists to deal with a number of issues at once. When there is unemployment, inflation rises while economic growth slows down. When one problem solves, it makes the other one worse. This occurs in Trading Platform For Cryptocurrency In India.

While raising interest rates slows inflation, it also has a negative impact on employment and economic expansion. On the other hand, increasing the amount of money in the economy increases growth and employment while escalating inflation. Stagflation was a major issue in the 1970s, and it persisted the entire decade. Prior to that, economists concurred that escalating prices and a sluggish job market didn’t mix. Time revealed their error. However, given that it is still extremely rare, their conclusions were not without merit.

Stagflation – currently being warned about by economists. This makes sense, as we are witnessing a confluence of the three issues. Federal Reserve Chair Jerome Powell could raise interest rates to slow inflation, but this would harm employment and economic growth even more. He could inject capital into the economy to stimulate it, but this would raise inflation. Doesn’t that sound terrific?

What Does Economic Stagflation Mean?

It can be disastrous for the economy. The combination of an economic slowdown, high inflation, and rising unemployment puts the squeeze on almost everyone at the same time.

The commoner earns the same amount of money, but the roof over his head and food he consumes become significantly more expensive. This means he can afford less, and thus business revenues will remain stagnant (due to low purchasing power in the economy). Investment is also drying up as uncertainty kills the buzz in stock markets. A downturn in the economy frequently leads to less-than-ideal market conditions. We’ve all seen Crypto Currency Exchange In India and stock market indices fall in recent months, just when we’d all like to have access to supposed inflation hedges.

Let us see how it differs from inflation and recession!

Inflation occurs when the general price level of goods and services rises, as we are currently experiencing. Bread, gas, housing, and healthcare are all more expensive. As previously discussed, stagflation is a confluence of issues in which inflation, rising unemployment, and stagnant economic growth are all referred to as stagflation.

The main distinction between inflation and stagflation is that the former frequently results from an economy that is growing quickly. It means that as the economy expands, inflation increases. Stagflation, on the other hand, is an uncommon occurrence of rising inflation and slow economic growth.

Another economic occurrence that is regarded as normal is a recession. The consensus among economists regarding what constitutes a recession is “a significant decline in economic activity that’s spread across the economy and lasts for more than a few months” (US National Bureau of Economic Research).

This downward trend can be seen in rising unemployment and falling industrial production, GDP, and even personal income. As you can see, recessions are not uncommon, though they have been a while. Today, unemployment is on the rise once more, and tech companies (both in and out of the crypto space like Crypto Indian Exchange) have announced hiring freezes and even layoffs.

In a nutshell, recessions occur when economic growth slows and a period of economic shrinkage occurs. Economists disagree on how long this period must last before we can talk about recession, but the majority agrees on two consecutive quarters.

For good reason, the world is concerned about the threat of stagflation in this decade. The pandemic’s effects are being felt, and recovery may have to wait a little longer.