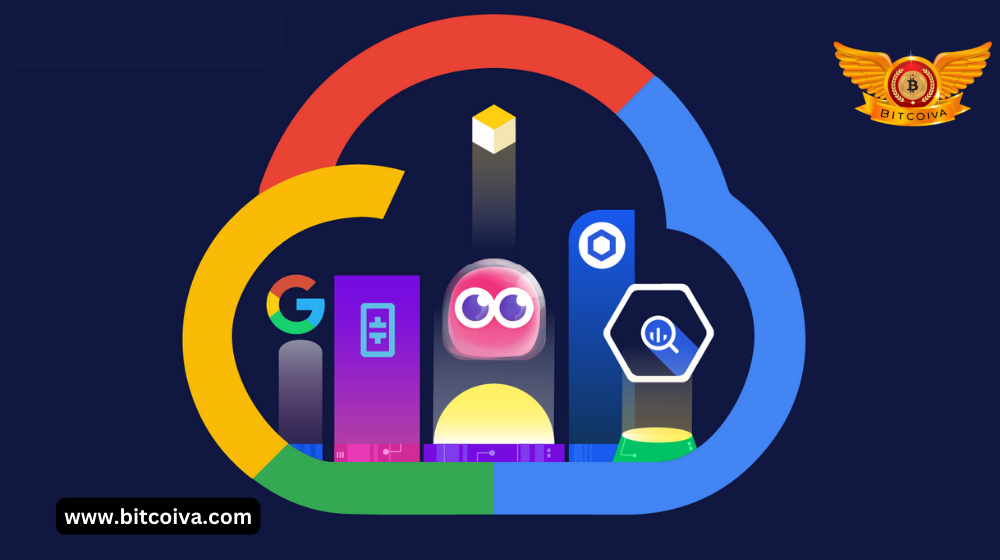 Big Tech has been watching developments in the blockchain industry with increasing interest. The backing of a well-known company like Google could propel blockchain into the mainstream, but there is still room for development from both blockchain creators and well-known legacy companies.

The Initial Caution of Google

In the early blog posts, Google hinted that it thought it would be beneficial to combine distributed ledger technology with current internet resources and public cloud services.

Many were surprised by this novel hybrid cloud-blockchain approach. It became clear that Google had thoroughly researched the technology when it chose Ethereum (ETH) for this use. It was an improvement over the long-established option of freely making public blockchain data available through Google Cloud.

The potential of this technology is demonstrated by the interoperability between Ethereum smart contracts and Google’s enterprise cloud data warehouse using Chainlink (LINK) oracles. Additionally, it raised awareness of the possibility of using Chainlink services for on-chain data provision in order to eliminate waste and add new capabilities.

When Google Cloud partnered with the decentralised video streaming service Theta Labs in early 2020, Google’s involvement with blockchain technology took an intriguing turn. It seemed like a modest partnership at first, but when it turned out that any Google Cloud user could deploy Theta’s Blockchain network to test the technology, the scope of the partnership became clear.

As part of this agreement, Google Cloud installed a Theta Network (THETA) validator node to support users in Europe. As a result, Google Cloud developed into a crucial component of the Theta ecosystem. Furthermore, Google’s public dataset programme made Theta’s network the seventh blockchain whose data was widely accessible.

The investment arm of the tech giant, Google Ventures, participated in the $120 million funding round for Blockchain.com at the beginning of 2021. Given the scope of its operations—it provides both wallet services for Bitcoin (BTC) and a block explorer—investment Google’s in the business attracted a lot of attention.

Google Cloud’s initial interest in public blockchains and distributed ledger technology persisted after it advanced and invested in a significant company. Google confirmed its continued interest in hosting network nodes on Google Cloud through its numerous partnerships with EOS, Hedera Hashgraph (HBAR), and others. Developers can still access this functionality today because Google Cloud still supports a variety of blockchain networks.

Google Cloud has established alliances with numerous blockchain service providers over the years. The primary goal is still to let users run nodes on Google Cloud. It’s an effort to compete with Amazon Web Services and Microsoft Azure, two companies that also make it simple for users to run blockchain nodes with little effort.

Dapper Labs, a Canadian company creates Web 3.0 goods and services, and Google recently partnered. A market for non-fungible tokens (NFT) is one of its main ideas.

According to the multi-year agreement, Google Cloud has agreed to act as a network operator for the Flow (FLOW) from Dapper Labs, which drives a larger NFT, gaming, and app ecosystem. Additionally, Google will offer a safe infrastructure to support Dapper’s future growth. NBA Top Shot and CryptoKitties are currently two of the most well-liked NFT projects on Flow.

Additionally, the Google Cloud provides access to the Flow, greatly simplifying the integration of Flow and Google software.

Google’s decision to put together a “bundle” for blockchain developers is an intriguing project. Users can progress from novice to expert relatively quickly by using the Google DevOps and Blockchain Developer Bundle.

For example, a developer can use Google’s course to prepare for the Blockchain Training Alliance Certified Solutions Architect exam. Students can also pass the “Certified Blockchain Developer- Hyperledger” exam to earn certification in this field. For some developers, getting certified is the first step toward building a career in this sector.

Will Google Use Blockchain for Its Services in the Future?

Google has not yet made it clear that it intends to create its own blockchain-based solutions. The company’s business model, which aims to centralize as much data as possible, would be in conflict with doing so. Even though there is little information about Google’s future plans that is available to the public, it is possible that the company is experimenting with the technology in certain ways.