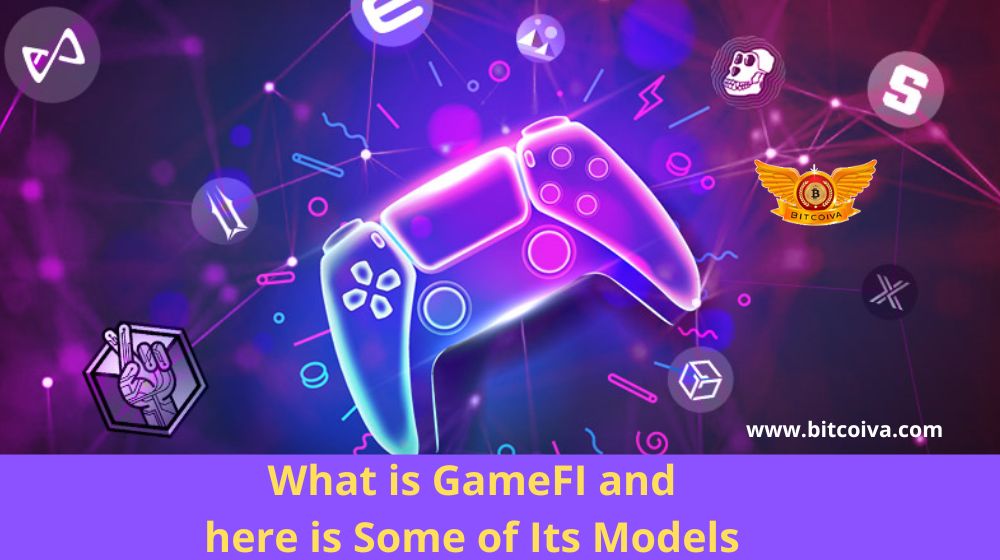 Each of us grew up playing a variety of games. Whether we’re playing a straightforward arcade game or one of the more intricate PS5 titles, we all enjoy the excitement of defeating a foe or taking something for ourselves. Our DNA almost seems ingrained with this emotion. But what if there was a way to make money while playing video games? Wouldn’t it be great if you could turn your love of video games into a lucrative career? In 2022, we will play games in a different way, and GameFi has made it possible for us to do so while also earning real cryptocurrency in hundreds of various ways.

At the moment, one of the most popular crypto trends is GameFi. Referred to as the future of gaming and is a nexus for guilds, games, and metaverses all in one. Because this sector is very young and involves money in addition to gameplay. It has the potential to change how video games perceived by future generations.

Therefore, if you’re a novice seeking to get into this business, now can be the best moment to go in because the entrance barriers are low and the market slump provides the ideal opportunity to start and flourish.

If this makes your blood race, stay with us as we explain what GameFi is and how you may join this gaming revolution.

What Exactly is GameFi

The gaming business is utilising Web3’s potential and combining gaming with finance under the term GameFi. GameFi is a platform that allows players and creators to gain value for themselves through games in the form of cryptocurrencies and nonfungible tokens (NFTs). Metaverses are virtual environments where these games frequently hosted.

The technology allows gamers and developers to interact in a decentralised GameFi ecosystem. Creators are free to create engaging games and engagement strategies, and players comply. Strong economic models known as “tokenomics” used to divide the value created in the form of “in-game tokens” and NFTs among stakeholders.

Play-to-earn is a phrase and a model frequently utilised by GameFi platforms (P2E). The first company to successfully implement P2E at scale was Axie Infinity.

The Model Operates in the Manner Described Below

The platform purchased by a player who then plays the game and wins gaming tokens. You can exchange these game tokens for bitcoin (BTC), ethereum (ETH), fiat money, or stablecoins. As players improve at the games, NFTs used to play them also updated. These NFTs now updated and sold for more money on NFT marketplaces.

Through the P2E paradigm, GameFi projects expand the number of players they have, which increases the token supply. By introducing “in-game” marketplaces, they also develop the demand side (burning mechanisms) for the tokens. In-game items including weapons, cars, and props are available for purchase on these marketplaces.

The platform produces network effects as the supply and demand for the gaming token scale sustainably. This initiates a self-reinforcing positive cycle and is indicative of a working GameFi ecosystem.

Although P2E was only the first Web3 economic model to become popular inside GameFi,. This model may have overly preoccupied with growing a player base. Which seen as the supply side of GameFi.

Other economic models within GameFi have emerged as a result of the demand side, which balances the economy, not scaling quickly enough.

The scalability and sustainability of these solutions still evaluated and improved. As GameFi platforms have gained some traction, additional participants are beginning to act as auxiliary systems in this ecosystem. These players frequently concentrate on the particular duties required to maintain the GameFi ecosystem’s viability.

How Does GameFi Function

GameFi renowned for providing its users with generous rewards. Cryptocurrencies, Non-Fungible Tokens, or in-game items like avatars, virtual lands in The Sandbox, weapons, outfits, etc., used as payment for these incentives. Each GameFi project differs from the others in that each developer uses a unique game environment and financial framework. Typically, gaming assets are tradable NFTs that may found on reputable blockchain-based NFT marketplaces. These assets may occasionally converted into an NFT for trading reasons. The in-game items typically offer the players a variety of benefits, including lucrative rewards.

However, the virtual characters and weaponry we encounter in some games are merely decorative items and play no part in boosting profits. For fans of GameFi, the market currently provides access to several varieties. Platforms that enable users to own and trade virtual land locations included on the list, including Decentraland and The Sandbox. Here, gamers can buy clusters of virtual properties, design them according to their preferences, and then rent them out to other people for money. Additionally, some platforms enable users to increase their revenue without playing games.

Players can engage in in-game asset lending for rewards or engage in mining for liquidity. Decentralized Autonomous Organizations, or DAOs, are platforms like Decentraland that give users an equal opportunity to participate in the decision-making process.

Play-to-Earn GameFi Models at the Moment

Within the GameFi sector, this model often used. Players that participate in in-game activities including completing quests, challenges, and tournaments, among others, can earn real money through play-to-earn (P2E). The in-game economy monetized using cryptocurrency and Non-Fungible Tokens (NFTs) in this paradigm. As player incentives, NFTs in this ecosystem typically take the form of avatars, clothes, outfits, weaponry, and cryptocurrency.

By trading, selling, or purchasing NFTs on the market for cryptocurrencies or real-world money, users can acquire certain in-game things as well as use them outside of the game by using NFTs as full ownership of the in-game assets.

P2E offers players the chance to make money, acquire property, and create value in the real world, but it has drawbacks as well. P2E elevates the earning experience over the gaming experience and concentrates on it, which impedes gameplay. This can result in overvalued tokenomics, which is made worse by the high entry fees in several well-known video games.

Play-to-Own is an expansion of the P2E concept that enables players to create NFTs for the real world out of their in-game assets.

This makes it possible to prove who owns the things they have in-game. The in-game items can be bought and sold on the market or traded privately.

Players are able to keep their P2E mechanics and contribute to the development of new applications for their assets thanks to this paradigm. Additionally, players are given the option to decide how to use their in-game profits and incentives.

The Play-to-Own concept allows creators to concentrate more on the gameplay. Additionally, this lowers entry barriers and gives users ownership of resources and virtual money, which is managed by a player-driven economy.

Since the Play-to-Own model offers actual, tangible ownership in addition to fun gameplay, it keeps players more engaged than the P2E model. The P2E model draws in players who are driven by return on investment, and it can develop into a competition to outbid one another in terms of profits. Since the Play-to-Own model predominately influences the in-game economy, players that are interested in it will stay around longer and be more involved in the community.

The Play-and-Earn concept prioritises gameplay and moving forward in the game above emphasising ways that users can make money.

While the P2E model loses sight of playability and fun, remaining relevant only for as long as the profits hold, players gain awards, tokens, and NFTs by progressing through the game’s plot, quests, and objectives instead of merely playing to win. The Play-and-Earn concept aims to make the game exciting, interesting, and pleasurable while also making it lucrative for players by allowing them to earn money and take ownership of it. In contrast to the current situation, where the majority of efforts are focused on how players can earn, this model combines what gamers have long desired within the GameFi space: a strong AAA title with a captivating plot and gameplay.

This was created so that users could enjoy playing the game and contributing to the community. The Play-and-Earn approach addresses the user retention problem that existed in the P2E concept. This paradigm does not necessarily provide ownership of in-game resources, even though players can earn rewards and in-game tokens. This may have an impact on those trying to break into the sector, seeking a passive income, or experiencing inconsistent value propositions. Additionally, this results in the loss of diminished supplementary benefits such ownership of in-game products as NFTs, active market trading, and peer-to-peer commerce.

The gaming industry is growing. Despite the bullish cryptocurrency market, the GameFi sector is still thriving. We may anticipate fresh advancements and new technologies to be launched in the future, allowing for new models, given that the technology is still in its infancy.