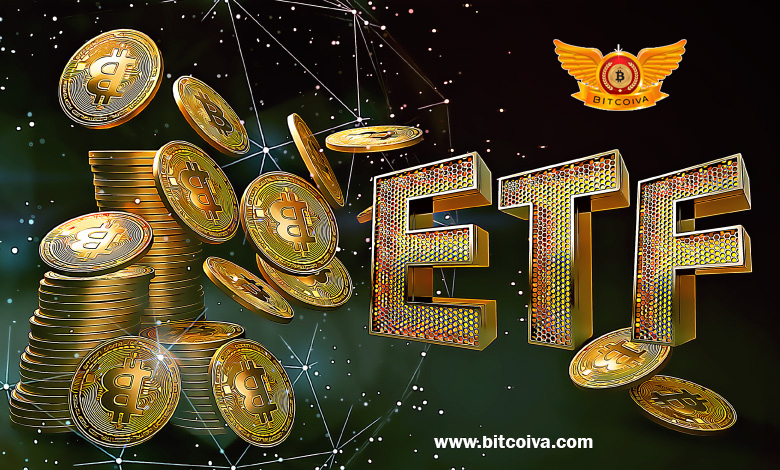 Mutual funds and exchange-traded funds, or ETFs for short, are very similar. They often follow the price of an asset (like gold) or a basket of assets (like the S&P 500), giving investors convenient access to an entire asset class and allowing them to diversify their portfolios. They purchased and sold using a regular brokerage account just like stock, as their name implies, and they trade on exchanges.

Several well-liked Bitcoin-tracking ETFs are presently available in Canada and Latin America, and a number of U.S. companies have submitted applications to the Security and Exchange Commission (SEC) to list and trade BTC ETFs on American exchanges. Through their brokerage accounts, American investors would be able to access these funds to acquire financial exposure to cryptocurrencies without actually purchasing or managing the bitcoin themselves.

ETFs quite well-liked. Worldwide investments in ETFs reached $7.74 trillion in 2020, about six times the amount from a decade earlier. And as a result of the surge in popularity of low-fee index investing, ETFs have given rise to a completely new class of financial businesses: so-called robo-advisors like Betterment and Wealth front, which virtually exclusively invest in ETFs.

So now would be an excellent time to discover what they are. Consider ETFs to be the close relative of stocks and mutual funds. ETFs only available in the United States since 1993. When State Street Capitol introduced the S&P 500-mirroring ETF (affectionately known as “the spider”), which still traded today. Mutual funds have been around for approximately 100 years. It still holds the title of being the largest ETF in existence, with somewhere around $350 billion under management.

How Do ETFs Function

ETFs listed on markets like the New York Stock Exchange, Nasdaq, and Shanghai Stock Exchange, just like individual equities. One key distinction between ETFs and mutual funds is that while trading hours, their share price will fluctuate like stocks. The net asset values, or NAV, of mutual funds virtually always priced simply once per day, typically following the closure of the exchanges. ETFs often buy and sell their component parts whenever their prices start to diverge in order to dynamically follow the prices of those parts.

Similar to mutual funds, the majority of ETFs act as a form of wrapper for a variety of individual assets. This makes diversifying portfolios by adding numerous stocks, bonds, or other types of investments with a single purchase via mutual funds or exchange-traded funds (ETFs) equally appealing for individual investors.

For cryptocurrency investors, the ProShares Bitcoin Strategy ETF changed the rules of the game. When the U.S. Securities and Exchange Commission first permitted the BITO ETF to trade on a significant U.S. exchange in October, it created history. With the launch of the BITO fund, cautious Bitcoin investors who had been awaiting approval from US regulators finally got their wish. The BITO fund holds several Bitcoin futures contracts rather than purchasing Bitcoin directly. The BITO ETF trades 6.6 million shares per day and has assets under management (AUM) of roughly $800 million.

The Valkyrie Bitcoin Strategy ETF debuted on Nasdaq only a few days after the BITO fund started trading on the New York Stock Exchange. The BTF fund, like the BITO fund, doesn’t make direct investments in Bitcoin. Instead, it has front-month Bitcoin futures on the Chicago Mercantile Exchange. On overseas markets, Valkyrie already provides trusts for several well-known cryptocurrencies, and it plans to introduce more U.S.-listed crypto ETFs in the future. Compared to the BITO ETF, the BTF ETF is substantially smaller and less liquid. The fund’s AUM is $26 million, and it sees about 254,000 trades every day.

The Grayscale Bitcoin Trust was the top Bitcoin fund choice for most investors before the BITO ETF went public. The GBTC fund now converted from a trust to an ETF by Grayscale, presumably. So that it can move from over-the-counter trading to a listing on a significant U.S. exchange. AUM for the GBTC trust is $19.3 billion, and 4.4 million shares traded on average daily. The GBTC fund, in contrast to other Bitcoin ETFs, actually owns bitcoin, with each share now equaling 0.0009235 Bitcoins.

VanEck’s take on a Bitcoin futures fund is the VanEck Bitcoin Strategy ETF. Following the debut of the BTF and BITO funds, the XBTF fund introduced in November 2021 and differs in two ways. First off, with an expense ratio of just 0.65%, the XBTF fund is much less expensive than the other two funds. It also set up as a C-corp rather than a registered investment corporation. Which gives the fund some tax benefits. Long-term capital gains not needed to be distributed by C-corps. The AUM of the fund is $23.6 million, and there are roughly 28,500 trades every day. Both figures are below average for ETFs.

In May 2021, the Simplify US Equity PLUS GBTC ETF was introduced, offering investors a novel approach to obtain diversified exposure to both Bitcoin and the S&P 500. Through investments in ETFs and futures contracts, the fund seeks to achieve a whole exposure to U.S. stocks. One of the most well-liked S&P 500 ETFs, the iShares Core S&P 500 ETF (IVV), receives more than 83 percent of its allocation. The SPBC also aims to allocate an additional 10% of its budget to the GBTC fund. AUM is $100.5 million, and 3,700 shares are traded on average each day.

There is no direct investment in Bitcoin in the Valkyrie Balance Sheet Opportunities ETF. Instead, by making investments in businesses that have Bitcoin on their balance sheets or make money from Bitcoin transactions, it gives investors indirect access to cryptocurrencies. The VBB fund has $650.5 million in AUM and 1,200 shares are traded on average each day. Tesla Inc. (TSLA), MicroStrategy Inc. (MSTR), and Block Inc. (SQ), which together make up about a third of the fund’s allocation, are among the top holdings.

The second blockchain-related ETF from Global X, the Blockchain & Bitcoin Strategy ETF, was introduced in November 2021. Investors can gain exposure to both Bitcoin futures contracts and businesses using blockchain technology through the BITS fund. Companies that mine cryptocurrencies, transact in digital assets, and provide blockchain software and services are among the stocks held in the BITS fund. The BITS fund divides its holdings roughly equally between the Global X Blockchain ETF and CME Bitcoin futures contracts (BKCH). The BITS fund has $9.8 million in AUM and 11,400 shares are traded on average each day.