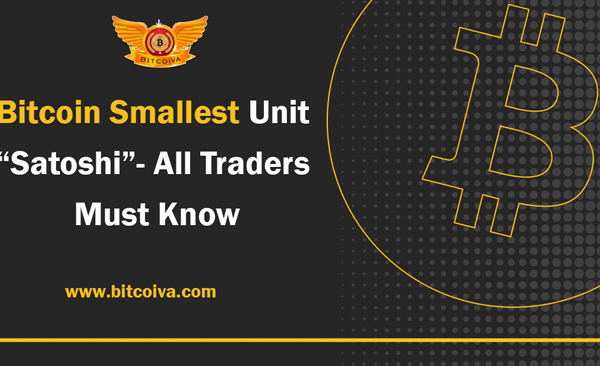 Divisibility is one of a currency’s key characteristics. Both the dollar and the pound divided into cents and pence, respectively. This function performed by the satoshi for Bitcoin.

The pseudonymous creator of Bitcoin, Satoshi Nakamoto, inspired the name “satoshi.” It is the lowest portion of a Bitcoin divided, and it is crucial to Bitcoin’s fight accepted as legitimate money.

A satoshi is currently equivalent to 0.00000001 BTC. This indicates that one Bitcoin has 100 million Satoshi’s. As a result, for a satoshi to be worth one cent, one Bitcoin must be worth $1 million.

As previously said, the satoshi moniker created to pay tribute to the person who invented Bitcoin. Nobody is aware of who Satoshi Nakamoto is, or who they may be in some circumstances. Therefore, calling the division of a Bitcoin after the founder’s alias can be a wonderful approach to pay tribute to him, her, or them.

It is important to remember that a Bitcoin divided into more than just satoshi. When you divide a Bitcoin by 1,000, you get a millibitcoin, and when you divide it by a million, you get a microbitcoin. On the well-known Bitcoin Lightning Network, transactions using millisatoshi. Which calculated by multiplying one satoshi by 1000. Although the milli satoshi cannot seen on the Lightning Network, it does exist.

Why Is the Satoshi Such a Useful Concept

The satoshi has been quite useful for Bitcoin. As previously stated, one of a currency’s essential characteristics is divisibility. The satoshi provides a base for people to be able to deconstruct the asset and conduct trades. People need a workable basis for dividing one bitcoin, especially when conducting minor transactions or making little investments, in a world where it is worth over $30,000.

When dealing with minor bitcoin volumes, people no longer need to write out as many zeros thanks to phrases like the satoshi.

Better microtransactions also made possible by splitting Bitcoin into satoshis. Satoshis, opposed to smaller amounts of Bitcoin, used to pay for items like a plate of food or a cup of coffee. Overall, satoshis are now extremely important as Bitcoin’s value rises and begins to reach new heights.

Exchanges themselves could utilise multiple satoshis as a minimum balance or charge and handle transactions in satoshis. As a result, an exchange may display a minimum trading balance of $2 in satoshis rather than as a portion of BTC.

The phrase is also used in mining, which is another use. We may start talking about Bitcoin rewards being paid out in satoshis at a certain point as rewards for mining Bitcoin continue to be reduced by 50% over time. Because satoshis exist, mining will eventually come to an end because it is not viable to continue mining the asset in ever-decreasing amounts indefinitely.

What Is the Value of One Satoshi Unit

Similar to how the US Dollar is stylized as USD, Satoshi is occasionally represented by SATS. Here is the value of Satoshi in common fiat currencies.

Is Bitcoin Perfect Money According to The Satoshi

To be fair, the satoshi and other parts of a Bitcoin will significantly increase the asset’s usability and accessibility. But there are still a lot of issues with Bitcoin that prevent it from being used as money.

Its volatility is most noticeable. Bitcoin will need to be less volatile in order to function as money. It can serve as a medium of commerce and a store of value in this way. Many businesses will still struggle to integrate the asset because its price is still subject to daily fluctuations of up to 10% in each direction.

More accessibility will also be required for Bitcoin itself. People appreciate using cash and credit cards to pay for things because they are simple to use. Since many people still don’t know how to utilize Bitcoin, their ability to employ it in their enterprises will be hampered.

By all measures, though, Bitcoin is still in its infancy. We anticipate additional research and instruction to raise public knowledge of cryptocurrencies worldwide. Industry insiders have every reason to be thrilled as crypto payment processors are also working hard to maximize the use cases for Bitcoin for payments.