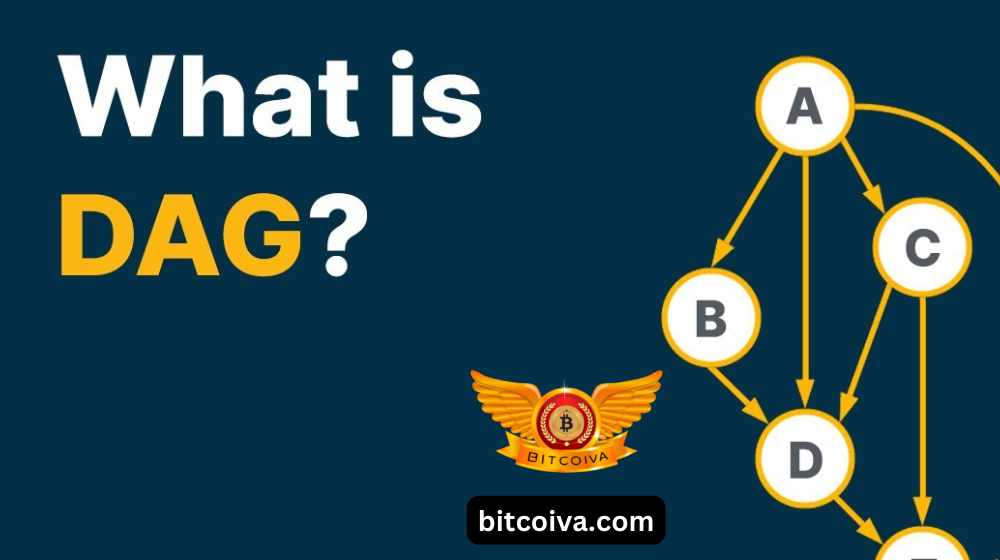 In contrast to a blockchain, which is made up of blocks, directed acyclic networks (DAG) include vertices and edges. As a result, crypto transactions are represented as vertices. These transactions later stack one on top of the other. Transactions publish to the DAG via nodes, just like in a blockchain. To submit a transaction, nodes must complete proof-of-work (PoW) jobs.

Simply said, whereas a blockchain system resembles a chain, DAG’s system resembles a graph. Because of its efficiency in data storage and online transaction processing, the DAG architecture now views in the industry as a viable replacement for blockchains in the future.

The DAG architecture sees as a possible solution to crypto’s current decentralisation dilemma. Under this model, miners will not have to fight for new blocks to add to the chain.

Transactions can be handled more quickly when nodes are built concurrently. DAG is being viewed by developers as a better, more secure option that can increase network usability as it becomes more scalable.

How does a DAG Function?

A directed acyclic graph, as previously stated, is more efficient at data storage. It has a tree-like structure, with linked nodes serving as branches.

Because each node might have several parent roots, the paradigm enables for more transactions to be verified at the same time. This is due to the fact that users are not required to wait for previous transactions to complete before proceeding with new ones.

As a result, in a directed acyclic graph, each new transaction must refer to earlier transactions before admitting into the network. This is similar to how blocks on a blockchain relate to prior blocks. This is because a transaction can only be correctly confirmed if it is referenced by another transaction, and so on.

Each vertex in a DAG represents a transaction. Because there are no blocks, mining is not necessary. Instead of grouping transactions into blocks, they layer on top of one another. Then, as previously stated, whenever a node makes a transaction, proof-of-work tasks perform to validate preceding transactions and avoid spam.

Some systems use an algorithm to choose which tips or transactions to build on depending on the collected weight (or the number of confirmations leading up to the tip).

Double-spend prevention in DAGs works by examining a path tracking back to the DAG’s first transaction by nodes verifying previous transactions. This checks whether the sender has enough balance. If a user constructs on an incorrect route, the transaction may get reject.

What is the Purpose of DAG?

The DAG architecture aims to overcome two identified flaws in blockchain technology: decentralisation and scalability. It also aims to increase security and usability.

The DAG architecture will no longer require mining due to the absence of blocks. This implies that less electricity needs to power the network. DAGs also have a number of advantages, including:

However, the usage of DAGs in crypto is still in its early stages. Unlike blockchains, they are not yet completely decentralised. As such, they generally used to get networks up and running, rather than as a system that may utilise to construct a stable network.

What Cryptocurrencies Make use of DAG?

It was once unthinkable to conceive about cryptocurrencies without also thinking of blockchain. However, the DAG architecture has previously used to create a number of coins.

To mention a few, Obyte, IOTA, and Nano are examples. Although it is still in its early stages, the DAG structure has enormous promise. As previously stated, it has already utilized effectively in a few applications. Among the most well-known are:

Obyte, also known as ByteBall, is a cryptocurrency that is fully independent of the blockchain and uses the DAG foundation. However, there is still a cost for Obyte transfers.

This is because the Obyte network has a validator mechanism that allows transactions to double-checke. It employs a consensus mechanism that is dependent on witnesses. These witnesses are reliable and reputable users who serve as validators.

Internet of Things Applications, or IOTA, launched its ‘block less blockchain’ network in 2016. The concept behind IOTA is that all users essentially become miners. To validate one transaction, for example, a user must check two transactions.

IOTA employs a network made up of nodes and tangles, or groupings of nodes, to make the validation process quicker and more efficient.

Every user contributes a tiny amount of power to network maintenance, and everyone participates in consensus execution as well. This enables the network to both extremely decentralised and scalable.

IOTA has near-zero transaction costs, making it a cost-effective alternative cryptocurrency for micropayments.

It is another cryptocurrency that uses the DAG method. Nano uses block-lattice technology, which consists of separate blockchains connected by nodes. It’s a hybrid of DAG and blockchain technology.