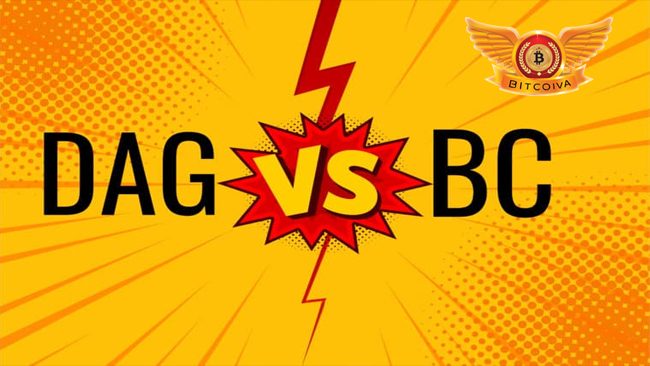 DAG and blockchains both record transactions on a distributed ledger, albeit in different ways.

What Function does DAG Play in Blockchain?

DAG can be viewed as a viable alternative to blockchain, albeit it still has to be fine-tuned. The DAG architecture aims to address typical blockchain technology challenges such as cost, speed, and scalability.

Both methods, technically, record transactions on a digital ledger and aim toward the same goal. The key distinction between the two is the structure each model employs to store data.

As already said, a directed acyclic graph is more effective in storing data. Its topology resembles a tree, with connected nodes acting as branches.

A larger number of transactions can be validated concurrently thanks to the paradigm because each node may have several parent roots. Users are not compelled to wait for previous transactions to finish before moving on to new ones.

Each new transaction in a directed acyclic graph must therefore make reference to older transactions in order to be accepted into the network. This is comparable to the relationship between blocks on a blockchain. A transaction’s confirmation can only be accurate if it is referenced by another transaction, and so on.

A transaction represents by each vertex in a DAG. There are no blocks, hence mining does not required. They layer transactions on top of one another as opposed to putting them into blocks. Then, as already said, proof-of-work tasks run anytime a node initiates a transaction in order to validate earlier transactions and prevent spam.

Here’s a short comparison of the two in terms of advantages and disadvantages:

In the end, picking which model to adopt will be determined by one’s company objectives. As previously noted, each model has advantages and disadvantages, and depending on your needs, one may be more appropriate than the other.