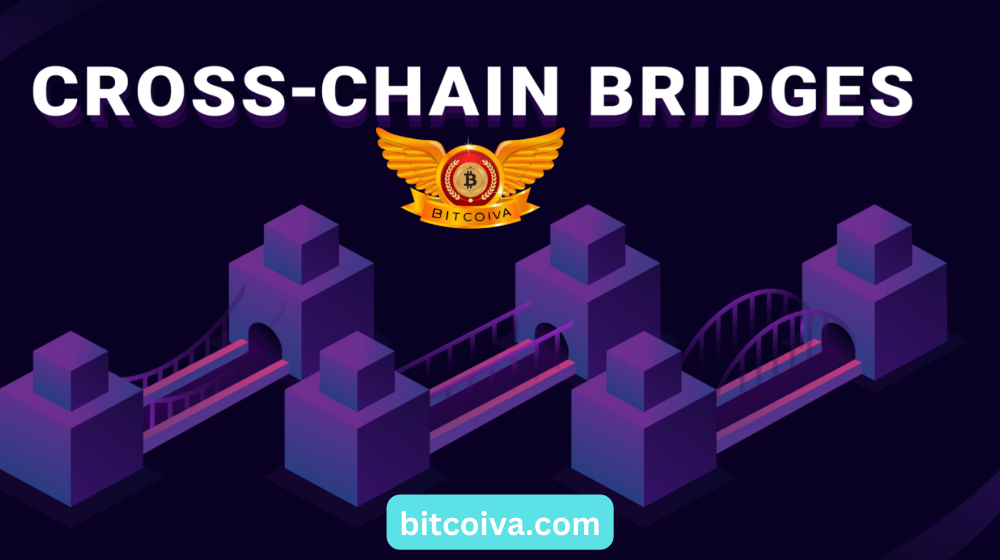 Cross-chain bridges appear to be frequent targets for hackers, and with millions of dollars lost in these hacks, one might wonder why there is a need for blockchain bridges.

There are hundreds of blockchains, each with its own set of features and applications. While blockchain technology has grown in popularity and user base, interoperability between different siloed blockchains has remained a major challenge.

Blockchains currently exist primarily as isolated networks that cannot effectively communicate or share data with one another. For example, one of the Top Trading Platforms For Cryptocurrency, Ethereum users cannot deploy smart contracts on the Bitcoin network, and Bitcoin holders cannot use their tokens for Ethereum network transactions.

Cross-chain bridges have emerged as one of the available solutions for connecting different blockchains and ecosystems within the cryptocurrency space.

What Are Cross-chain Bridges?

A cross-chain bridge, also known as a blockchain bridge, is a protocol that connects two blockchains and allows users to transfer digital assets and information from one to the other.

For example, if you have Bitcoin and want to spend it on the Ethereum blockchain, a cross-chain bridge will allow you to do so by wrapping BTC in Ethereum.

In general, having access to multiple blockchains via a single network improves user experience, increases liquidity for DApps, and improves asset efficiency.

The popularity of blockchain bridges has grown in part due to the rise of “alternative” layer-one blockchains such as Solana, Avalanche, and BNB Chain. These “Ethereum-killers” attempted to take market share and users away from the first smart-contract chain. Many users, however, had funds locked up on Crypto Exchange Platform Ethereum. Bridges enabled them to seamlessly transfer assets to other chains.

In general, having access to multiple blockchains via a single network improves user experience, increases liquidity for DApps, and improves asset efficiency.

How Does a Cross-Chain Bridge Function?

Although cross-chain bridges can be used for other cool things like smart contract conversion and data transfer, the most common utility is token transfer. If you wanted to use a specific asset on another blockchain before blockchain bridges, you had to rely on the services of centralized exchanges (CEXs) like Binance or Coinbase.

Assume you have some BTC on the Bitcoin blockchain and wish to transfer them to the Ethereum blockchain, which has a native ETH token. To accomplish this, send your BTC to a cross-chain bridge, which will hold your coin and generate equivalents in ETH for you to use.

In reality, your BTC is not moved from the Crypto Indian Exchange, Bitcoin network to the Ethereum network. Instead, it is locked in a smart contract that grants you access to an equivalent amount in wrapped Bitcoin (wBTC) for use on the Ethereum blockchain. If you choose to convert the wBTC back to BTC, whatever remains of the wrapped token will be destroyed (burned), and you will receive an equivalent amount of BTC.

A cross-chain bridge would allow you to convert and use your BTC on the Ethereum network without having to go through the cumbersome process of converting it on a CEX. It works by enclosing tokens in a smart contract and then issuing native assets that can use on any other blockchain.

What Is the Importance of Cross-Chain Bridges in the Crypto Ecosystem?

To comprehend the significance of cross-chain bridges in the crypto space, one must first comprehend how interoperability powers seamless transactions in traditional finance. You may not have realised it, but you can pay your Mastercard bills with your Visa. Similarly, you can use PayPal to pay for almost all online purchases, regardless of where you buy them.

These are all distinct businesses with distinct systems and protocols. Nonetheless, transactions are quick and easy.

One of the barriers to widespread cryptocurrency adoption has identified as a lack of interoperability between different blockchains. As a result, solutions such as cross-chain bridges represent a significant step toward the widespread adoption of blockchain technology.

Blockchain bridges can also help to reduce transaction costs while improving user experience. Consider having to go through multiple Cryptocurrency Exchange Platform In India, every time you need to swap a token. Aside from the higher fees that come with doing this every time, the process is quite time-consuming.

Cross-chain bridges, in general, enable users to benefit from the best features of two different blockchains, such as lower gas fees with higher transaction throughout and better utility in the form of DApps.

Cross-chain protocols, like blockchains, have a large number of them.

Despite the February hack, Portal has remained one of the space’s most popular cross-chain bridges. Although the multichain was initially built on the Solana Network for bidirectional crypto token transfers between Solana and Ethereum, it now connects over ten blockchains, including Solana, Ethereum, BNB Chain, Polygon, Avalanche, Oasis, and others.

To provide its users with a robust cross-chain swap experience, Portal employs special validators known as Guardians. The Guardians keep an eye on the bridge’s activity and verify user requests.

In addition to its user-friendly interface, Portal token bridge charges a low transaction fee of $0.0001 per transfer. At the time of writing, the protocol had processed over 400k transactions and had a total value locked (TVL) of $469 million.

Binance Bridge is an Ethereum-BNB Smart Chain Bridge from the world’s leading exchange that allows anyone to convert into and out of the BNB Smart Chain and other BSC-compatible formats. The Binance Bridge currently supports the conversion of ERC-20 tokens as well as coins from other networks such as XRP, LINK, ATOM, DOT, XTZ, and ONT.

It is worth noting that the bridge charges no transaction fees. Only the gas fees on the native and destination chains requires for users.

The Avalanche Bridge is a two-way cross-chain bridge that connects the Avalanche blockchain to the Crypto Trading Exchange In India, the Ethereum network. It makes use of ChainSafe’s ChainBridge to enable two-way transfers of crypto tokens as well as non-fungible tokens (NFTs).

To secure the bridge, the protocol relies on Relayers. These Relayers (Protofire, Hashquark, POA Network, and Avascan) vote to approve or reject the asset swap proposal after comparing it to Avalanche’s data. Because of this additional voting process, Avalanche is one of the most secure crypto bridges in the market.

Fantom’s AnySwap, like the Avalanche Bridge, is a bidirectional solution that enables cross-chain transfers between the Ethereum Network and the EVM-compatible Fantom Network.

AnySwap offers a multi-chain liquidity solution and facilitates cross-chain swaps through the use of liquidity pools. Transfers to Fantom from Ethereum, Avalanche, Polygon, and the BNB Chain facilitates by liquidity pools deployed across various blockchain networks.