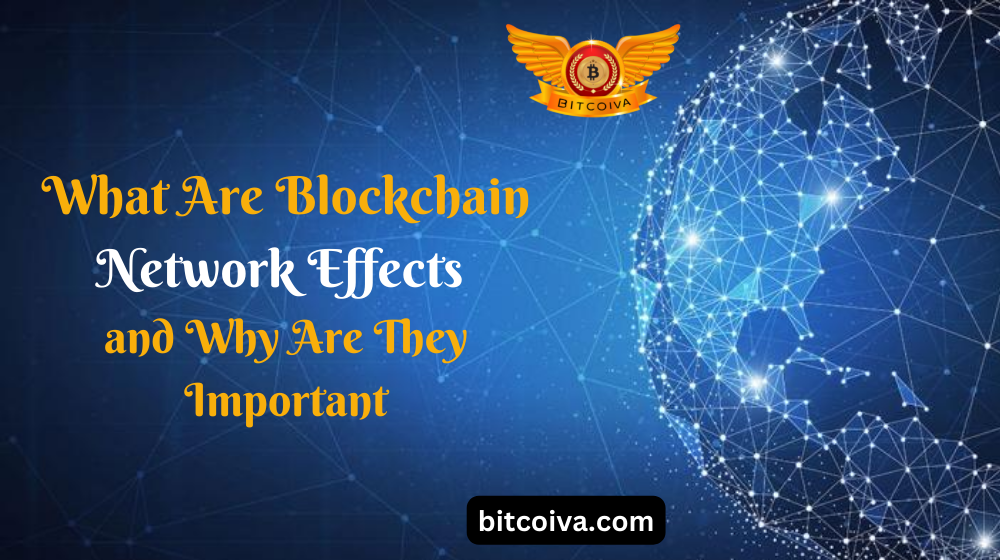 While the bull run was still going strong, some challenging questions were posed. Venture capitalists (VCs) were happy to scatter investments across blockchains. Hard questions will be made of the Bitcoin and Ethereum network effects during the bear market. The utility is created by solving user problems. A blockchain will attract more new users only if it can solve user problems. And that’s why we are going to look network effects today .

What are network effects important and what are they?

What role does crypto play in network effects?

A case study of the network impacts of bitcoin.

A case study on the network impacts of Ethereum.

Why Are Network Effects Important and What Are They?

According to Wikipedia, a reliable source of information, network effects are as follows:

This simply means that something becomes (exponentially) more beneficial the more people use it.

For example, having a phone on your own is pointless because you can’t make calls. Due to the ability to call one another, two persons are better. Three people already produce two callable prospects and a total of three connections. so forth. The effectiveness of new technology is determined by network effects. A phone (or social network) gets more helpful the more people use it. Metcalfe’s law, which quantifies the network effect of communication technologies like the internet or social media, is a subset of network effects.

We can distinguish between direct and indirect network impacts as well as one-sided and two-sided networks.

A marketplace like Amazon, Uber, etc. would be an example of a two-sided network. It links demand and supply (vendors or drivers) (buyers). It expands enormously as well:

Growth in the network has direct network effects, i.e., more phone owners mean that more individuals can be reached. When at least one group gains from the expansion of another group, this is known as an indirect network effect. For instance, the market becomes more competitive and credit card fees decrease as the number of credit card operators increases. Users of credit cards profit from seamless transactions and minimal (or no) charges.

Finally, we must consider the issue the technology resolves and the market it targets in order to gauge the intensity of a network effect. For example

Market Target: Everyone between the ages of 3 and 100

The solution is fast payments.

Market Target: Everyone between the ages of 18 and 100

Market target: once those between the ages of 14 and 34, now almost everyone.

If a new technology receives well in one area, it typically spreads to other markets as well. For instance, Facebook first catered to a very small niche (Harvard campus students) before spreading to almost everyone.

A Case Study on the Network Effects of Bitcoin

Let’s suppose we could theoretically provide each individual with a Bitcoin address. Does that imply that hyperbitcoinization and the maximal network effect for Bitcoin have been reached?

No, not always. Yes, Bitcoin is money, but it still lacks the kind of imposed demand that fiat currencies enjoy through taxes. However, network effects would undoubtedly increase if everyone had a Bitcoin address. There are numerous fascinating tendencies that can be seen if we examine the network’s present trends. There are an increasing number of Bitcoin addresses with low balances.

Although less popular for keeping value, bitcoin is becoming increasingly widespread among smaller wallets. Given that these larger balances may contain coins at exchanges or in derivatives, that is at least true for non-custodial storage. The quantity of transactions indicates that growth is stalling.

Since the 2017 bull run, both the quantity and size of transactions have largely been flat. As a result, the network effects of Bitcoin as a payment network and a store of value are currently stagnant.

This might be the result of various things. For example, investors may come to the conclusion that Bitcoin is not such a good store of wealth after all due to its volatility. In contrast, they might be in possession of custody coins or Bitcoin-related goods like Grayscale BTC. The network can only handle 120 million transactions a year on the payments side. Only scaling strategies like the Lightning Network will be able to provide large-scale network effects.

However, we must consider Bitcoin’s entire addressable market in order to assess the network effect’s power. With those words:

How much money is looking to be stored in Bitcoin at its maximum?

However, more adoption would result in direct network effects. Since we cannot tell how much actual economic activity (unrelated to speculative behavior) occurs on the network, adoption is impossible to measure. Bitcoin needs more top-down adoption (accepted as a payment method) and bottom-up adoption for increased network effects (a desire to pay in Bitcoin).

Before Bitcoin separates its base layer use case (store of value) from its L2 use case, a meaningful network effect is unlikely to occur (P2P payments).

This is due to the fact that users who wish to accumulate coins (a SoV use case) won’t want to transfer their coins (payments use case). In the best case scenario, they would transfer non-BTC-denominated values via the Bitcoin network as a settlement layer.

The potential network effect increases with the amount of money stored in Bitcoin and the level of demand for decentralised P2P payments.

Bitcoin will have to distinguish between its P2P payments use case and its base layer use case (SoV) (L2).

Ethereum functions more like a two-sided network. And it can compare to an operating system like iOS or Windows because of “A decentralised world computer” as its the key selling point.

However, Ethereum has a drawback.

The network’s vitality depends on the number of nodes because decentralization is a major component of its value proposition (since more nodes mean a more decentralised network). Nevertheless, because the 10,000th node is not as significant as the 10th, the marginal value of each subsequent node declines. In other words, whether there are 10 nodes or 10,000, it doesn’t really matter.

However, now that ETH can easily stake for yield, being a node is lucrative and has grown even more so since the Merge. However, the amount of ETH available for network use decreases as stakes increase. This might lead to higher gas prices and more expensive ETH . However, increased petrol prices made using the network less appealing.

In other words, Ethereum ironically experiences adverse network effects due to increased blockspace demand, which raises gas prices and slows the network.

There are, however, also advantageous network effects. The ecosystem would become more enticing to utilise, for instance, if scaling of Ethereum itself and via L2s like Arbitrum, Optimism, zkSync, and Starkware were effective. Although it would have a negative indirect effect by lowering gas prices on the mainnet . And cause less ETH to burn, this would have a beneficial direct network effect.

Another direct beneficial network effect would enhance composability. The Ethereum ecosystem is more appealing to use the more decentralised applications there are and the more integrated they are.

Unfortunately, there are still two issues with Ethereum. Despite having a few experimental use cases, such as DeFi and decentralised gaming, it currently lacks a clearly defined non-speculative benefit. It may be argued that rather than offering a true substitute for current financial services, the main goal of most DeFi apps is to “make more money from money.” In reality, due to too many players driving up the cost of in-game items and slowing the blockchain, many play-to-earn games, such as Axie, experience negative network effects.

Decentralized blockspace is Ethereum’s primary “product,” and its bright and forward-thinking developer community is its greatest asset. There are therefore a lot of possible uses for Ethereum, but the majority of them are currently relatively experimental and technologically constrained.

Uncertainty exists around the extent of the total addressable market for Ethereum’s value proposition. Every computer user addresses a traditional operating system like Windows, which sets a high bar for Ethereum. It remains unclear, however, how many customers are willing to put up with technologically subpar goods in the name of decentralisation.

Due to increased demand for blockspace, Ethereum is susceptible to adverse network effects, which raise gas prices.

The direct network impacts of Ethereum can grow as it scales.

The current state of Ethereum’s real-world utility is experimental and constrained by stumbling blocks in technology.

We could more clearly describe Ethereum’s total addressable market and potential network impact if we had a more concrete value proposition.

A potential future bull run will significantly influence by network effects. Switching costs for users are cheap because it’s simple to use other L1s instead of Ethereum, but the amount of users a blockchain has will directly depend on how well-built a network is in terms of composability and scale.

For blockchains to focus on the actual issues they are attempting to solve, the bear market is the ideal time to do so.