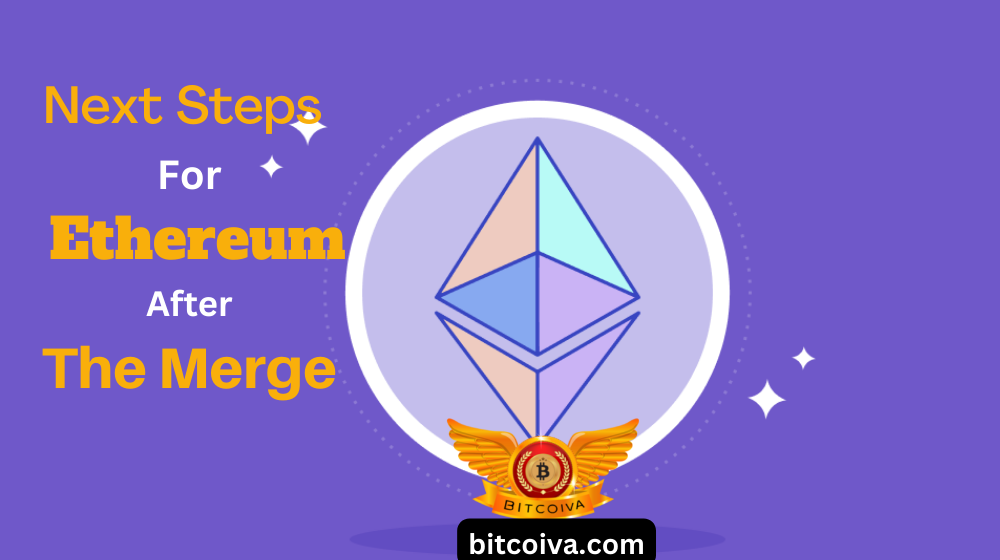 The Merge is now officially recorded in history. When everyone regains their sobriety, they notice that their portfolios are gradually merging with uncomfortably low figures .

We’ll examine the following four processes for the Ethereum network in this article.

In Vitalik Buterin’s five-step strategy to transform Ethereum into a “decentralised world computer,” The Merge was simply the first. It concentrated on lowering the network’s energy usage and altering its consensus algorithm, but it offered little assistance in terms of scale. The current transaction rate for Ethereum is 15 per second.

Let’s take a detailed, non-technical look at how Ethereum intends to update its network since this flowchart is the TLDR of how Ethereum expects to scale.

The initial upgrade, The Surge, will be the one that most ardent Ethereum supporters are familiar with. Sharding use to increase Ethereum’s scalability. Sharding has received acclaim from Vitalik Buterin in the past, and he has outlined why it is a practical scaling option for Ethereum’s future.

The TLDR of Sharding is that it divides databases into smaller chunks for quicker processing. For example, you might divide the transactions into five batches of 200 and have 200 validators validate each batch instead of 1,000 validators validating 1,000 transactions. It is technically simpler to perform this type of horizontal scaling than to speed up a single computer.

The network would automatically become more centralized as the demand for validators’ computer power increased because only those with the most capable gear would be able to contribute. Ethereum will divide the network into various shards in its place.

Sharding, however, has its own unique set of security and composability problems. It will be handled by the network with next updates like EIP-4844. Ethereum plans to release Sharding at some point in 2023.

Validation will become accessible to only a select few if validators must keep a complete record of the Ethereum state, which grows at a rate of tens of TB per year. This is essentially the issue that Solana and other high-speed chains face. Ethereum wants as many parties to be able to participate in validation, though.

Stateless validation, where validators can participate without being bound by hardware, is the intended outcome. Through the use of “Verkle Trees,” a highly technical notion, this stateless validation will be accomplished. The plan is to switch to a new, more compressed version of the Merkle Trees, which are currently used to secure the verification of a block’s content. As a result, the amount of data required to store the Ethereum blockchain will increase by a factor of 10.

For extremely technical explanations of this notion, you can look at the Ethereum Statelessness Roadmap and this Verkle Trees MIT Presentation if you’re feeling particularly daring.

With Ethereum’s transition to a stateless form, less data will need to be stored by validators and outdated state data can be deleted.

According to EIP-4444, validators will only need to keep one year’s worth of blockchain history. In other words, the old data will still be accessible, but validators won’t have to use it. The Ethereum Virtual Machine’s additional superfluous or bloated features are likewise the focus of EIP-4444. Here is a synopsis of the material.

The Splurge is an amalgamation of all the other features that the Ethereum community wants to incorporate into the blockchain. It contains:

Separating the responsibilities of proposer and builder when constructing blocks, lowering MEV.

Increasing the effectiveness of validation proofs and enhancing access to data across shards.

Giving a smart contract authority over accounts which, owned by third parties (EIP-3074).

Getting rid of the requirement for consensus-layer consent for protocol changes (EIP-4337).

The Merge was the significant and exciting change to ETH in 2022, but it wasn’t necessarily the most significant one. The Ethereum network is currently moving into a phase of gradual advancements, with scalability serving as the catalyst.

When the network strives for “completion,” we may anticipate Ethereum to appear entirely different and boast many more features until 2025 ,when coupled with L2 scalability.