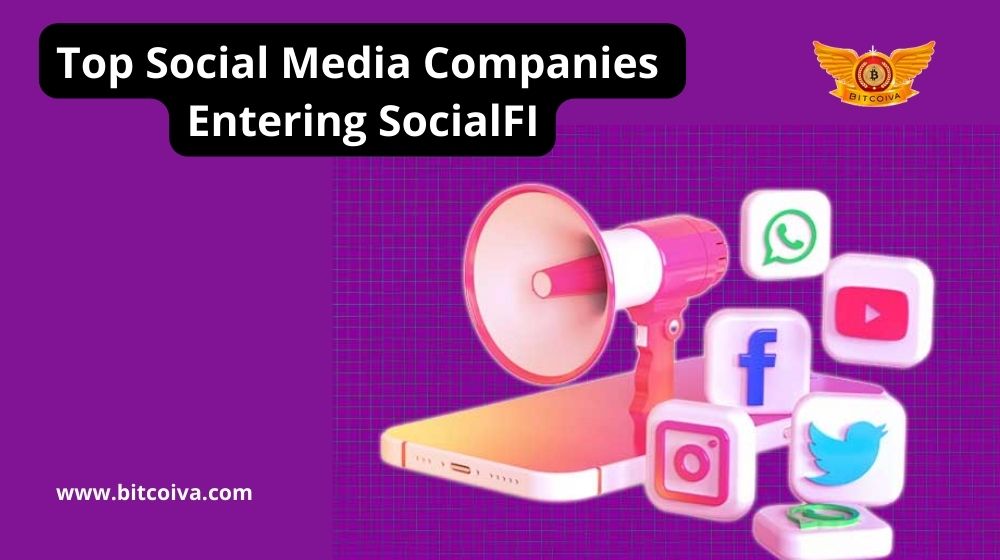 Social media is evolving thanks to socialFi. SocialFi is viewed as a ground-breaking method of fusing social media and finance, contributing to the development of cutting-edge technologies for future generations. What is SocialFi, and how does it affect how we now use social media? Below are all the solutions.

The ideals of social networking and decentralized finance are combined in SocialFi (DeFi). A Web3 (decentralized) method for developing, running, and owning social media platforms. And the material produced by its users is provided by SocialFi platforms.

Content producers, influencers, and users that seek improved data management, speech freedom, and the ability to monetize. Their social media engagement and following are at the core of SocialFi applications. Cryptocurrencies are primarily used for monetization, while nonfungible tokens are used for identity management and digital ownership (NFTs).

These platforms have a design that makes them more equipped to thwart centralized censorship: decentralized autonomous organizations (DAOs). Due to the rapid advancement of blockchain technology in recent years. SocialFi infrastructure can provide the throughputs needed for social media interactions.

How does SocialFi Operate

With SocialFi, users are given more control and given the opportunity to profit from every encounter. To make money from their SocialFi activities, users can advertise, conduct livestreams, mint NFTs, and interact. It is possible to distribute advertising money and other sources of income fairly. This is possible without a single person controlling a disproportionate amount of the profits. The platform does not engage in excessive moderation or targeted censorship of content. SocialFi platforms present a fantastic possibility to generate passive income. Its through social activity since they offer a fair part of the profits and the freedom to post without interference.

The blockchain industry is still developing. Although it has contributed to innovation in the financial and information sectors. Its use-case outside of these areas has not been sufficient to attract new users away from Web2 apps. Even if GameFi has raised a sizable amount of money to transform. The incentive and ownership structures in video games. There are not yet enough success stories to declare it a quick success. Even though they have very active niche groups, NFTs is now another example of a new blockchain opportunity. That hasn’t yet caught on with the broader public.

The average internet user has never owned digital artwork or in-game assets. But everyone is familiar with how to utilize social media to market themselves or their material. Making a business model that revolves around gaining likes or followers may be a fantastic way to highlight how blockchain technology can enhance a platform that we already use on a daily basis, like Instagram or YouTube.

More and more social media behemoths are increasing the investigation of NFT integration into their platforms as the SocialFi market acquires more traction. The businesses currently integrating with or researching the NFT space are listed below.

It is hardly surprising that Facebook dominated communication in Web 2.0, with an estimated user base of approximately 2.89 billion as of 2021. The move of Facebook, now known as Meta, towards Web 3.0 is progressing. The step was taken by Meta to create the largest social media metaverse in the world.

The CEO of the photo-sharing platform disclosed late last year that the company is investigating the NFT market in an effort to make NFTs more approachable to their user base, despite the fact that the platform has not yet gotten on the NFT bandwagon.

Twitter has launched a new feature that enables users of its Twitter Blue accounts to display their NFT as their profile images in anticipation of incorporating cryptocurrency into their platform.

Reddit closely followed Twitter with the release of the NFT profile photo, not missing the chance to enter the SocialFi area. In addition to preparing to launch an NFT market soon, the social media behemoth intends to turn users’ Karma points into cryptocurrency tokens.

YouTube has started investigating NFTs as a potential alternate source of income for their producers as part of efforts to broaden their ecosystem. To begin with, YouTube has been providing custom NFTs to influencers on the network, and it just made the announcement that creators would be able to monetize and sell their video content as NFTs.

Why is it Essential

The Most Important Component of Any Social Network Is the User

If there are no users, what good is a social network? Both crypto and non-crypto users must be drawn to SocialFi’s online platforms in order for them to function. Several platforms that compete with web2 goliaths like Facebook and Twitter are currently available. Nevertheless, they incorporate web3 elements like data rights and token incentivization. For instance, Cent mints tweets and Instagram posts as NFTs. Ownership Labs is developing Dataverse, the web3 equivalent of Pinterest. This is a good beginning since it lets users interact in a comfortable way while yet giving them control over the data they produce.

The Metaverse Is the (Other) Next Big Thing

Your digital existence will be centered on the metaverse. That is, at least, the plan. Several efforts and blockchain technology allow for this seamless fusion of augmented and virtual reality. To play games, shop, and interact with others, you’ll leverage blockchain gaming, cryptocurrencies, SocialFi, and other technologies.

Users can live and work in a common virtual place in the metaverse. SocialFi has a clear advantage because people socialize where they gather. To achieve this, the metaverse must offer developers of decentralized applications an adaptable and flexible environment (dApps). Each module must work with the others and interact with them in order to create a consistent user experience.

The Use of Experience in Mass Adoption

Repetition is the foundation of habit. If something is easy and convenient, it is much more likely to draw repeat, devoted customers. Simple and convenient do not, however, accurately define SocialFi at this time. Most applications operate under the presumption that users are familiar with blockchain addresses or cryptocurrency wallets. The user experience needs to be user-friendly in order to gain popularity.

When Frances Haugen, a former employee of Facebook, testified in front of Congress in September 2021 that there had been a conflict of interest between what was best for the general public and what benefited Facebook, many people believed that significant changes to social networks as we know them were imminent.

The next month, Facebook experienced its longest downtime in more than a decade, signaling that it might no longer be king. A few weeks later, Mark Zuckerberg unveiled “Meta,” short for “metaverse,” as the new name of his technological company, and social networks were revitalized by the fusion of online and virtual worlds made possible by virtual and augmented reality and blockchain.

How? Simply said, social networks themselves house a sizable chunk of this sector. Therefore, for these vast organizations, the majority of which sell data without the consent of the typical user, customers serve as the primary data providers.

If you don’t believe us, think about the Cambridge Analytica incident involving Facebook or the fact that Tik Tok is capable of gathering sensitive information, such as SIM card information, network usage, device usage, addresses, and GPS data, from users’ SIM cards for unknown purposes.

In SocialFi, Torum is a Major Character

In this environment of decentralized solutions to empower the average user and, in particular, to change the established behaviors of centralized social networks, Torum emerges as an important market benchmark.

Torum, which is a leader in the development of a SocialFi Metaverse, empowers users on its platform to control and manage the creative output they produce through the use of a token economy in which all participants gain from the network’s decentralized value transmission. Along with offering information, Torum also gives users the opportunity to make money by creating NFTs and communicating with other users. Torum offers a higher level of privacy and safety for user data than the centralized Web 2.0-based social networks we’re used to, as well as more equitable money distribution and a better, more fulfilling user experience.

Platforms like SocialFi have a lot of potentials. It is a significant advance for creative economy models. Future social networks built on DeFi principles won’t be able to call themselves sturdy until they’ve persevered through some difficult times. The same holds true in terms of social.