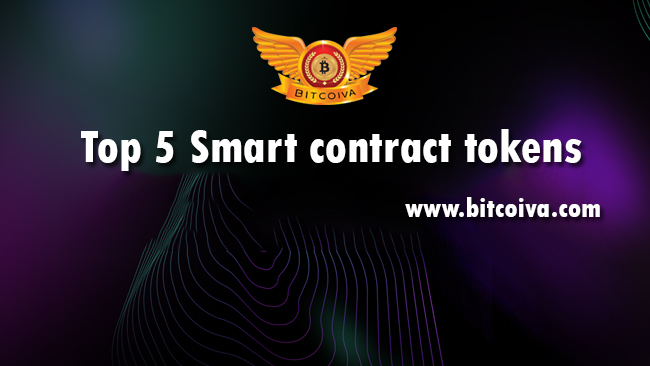 Smart contract was developed in the blockchain world to avoid third-party intervention. When both parties agree to transact in the blockchain world, these agreements are codified and set to work automatically. Smart contracts are a set of rules that must be followed by both the lender and the borrower during the transaction. This improves the overall transparency of the system without the involvement of a third party.

What Exactly are Smart Contracts?

A smart contract is a self-executing contract that contains the terms of the seller and buyer’s agreement. These agreement terms are directly written in the form of lines of code. These codes and agreements are spread throughout the blockchain network. This code has the authority to control trackable and irreversible transactions and executions.

Smart contracts enable trusted transactions to take place between anonymous and disparate parties without the intervention of a central authority.

It was first described in a white paper in 2013 by Vitalik Buterin. In the year 2014, the project was completed. The latest London Hardfork update of Ethereum has helped ethereum gain more popularity, with various updates every year.

Ethereum pioneered the concept of smart contracts. It has since aided numerous cryptocurrency projects. The ERC20 protocols provide support for a variety of crypto projects. Learn more about ERC20 and its various applications.

The main innovation that Ethereum brought with it was the creation of a platform that allowed the execution of smart contracts using blockchain. Through its ERC-20 compatibility standards, Ethereum’s blockchain can also host other cryptocurrencies known as tokens. It is, in fact, one of the most common applications of the Ethereum platform.

It is a proof-of-stake blockchain platform that aims to assist innovators, visionaries, and changemakers in bringing about positive change. Cardano, open-source project aimed at redistributing power from unaccountable structures to individuals. The goal is to build a more just, equitable, and transparent society. The platform’s native token is ADA, named after the 19th-century mathematician Ada Lovelace.

This token ensures that the owners have the right to participate in network operations. Holders of this cryptocurrency grants governance and voting rights on the platform. It is one of the largest blockchains to have successfully integrated a proof-of-stake consensus mechanism, which consumes less energy than the proof-of-work algorithm. The entire technological development process, peer-review to ensure that bold ideas face adequate internal challenges before validated. This academic rigour aids the blockchain system in becoming stable and durable, allowing the company to anticipate potential flaws.

Cardano’s Shelley upgrade in 2020 increased its decentralisation by 50 to 100 times. Experts anticipate that this Cardano upgrade will pave the way for hundreds of assets to run on their networks.

Avalanche is a layer one blockchain system that serves as a platform for decentralised apps and custom blockchain networks. It directly competes with Ethereum, the most popular smart contract blockchain. The main advantage of Avalanche over Ethereum is that it can process more than 6500 transactions per second. Although it has a high output speed, it never sacrifices scalability.

Everything is possible because of avalanche’s unique architecture. Within the blockchains, there are three distinct networks: the P-chain, X-chain, and C-chain. Each chain serves a distinct purpose, as opposed to the Ethereum and Bitcoin approaches, in which each node validates every transaction. Avalanche employs a variety of consensus mechanisms.

The blockchain trilemma refers to the three issues that plague blockchain: security, scalability, and decentralisation. Avalanche has been developing its DeFi and Dapp ecosystem. Avalanche has integrated several Ethereum-backed projects, including TrueUSD and SushiSwap. It has also worked hard to improve the interoperability of Ethereum and its ecosystem.

Algorand is a self-sustaining, decentralised blockchain-based network that supports a wide range of applications. These systems are highly scalable, efficient, and safe. Algorand has all of the critical properties needed for a successful real-world application. It establishes a new type of trust by enabling computations that require a performance guarantee.

The main advantage of Algorand was its quick transactions and high efficiency. In terms of transaction speed, it directly competed with older blockchain systems such as Bitcoin. Given its design and architecture, Algorand’s transaction fees are also extremely low. It does not allow mining because it is based on a permissionless proof-of-stake consensus.

This token ensures that the owners have the right to participate in network operations. Holders of this cryptocurrency grants governance and voting rights on the platform. It is one of the largest blockchains to have successfully integrated a proof-of-stake consensus mechanism, which consumes less energy than the proof-of-work algorithm. The entire technological development process is peer-reviewed to ensure that bold ideas face adequate internal challenges before being validated. This academic rigour aids the blockchain system in becoming stable and durable, allowing the company to anticipate potential flaws.

Chainlink is a blockchain abstraction layer that allows universal smart contracts to connect and was created in 2017. With the help of decentralised oracles, blockchains can securely interact with each other and external data feeds. As a result, the critical off-chain data required by complex smart contracts has become the dominant form of digital agreement.

An open-source community of node operators, data providers, researchers, smart contract developers, and security auditors drives the network. The company ensures that decentralised participation ensures among all node operators and users who wish to participate.

Chainlink was a pioneer in allowing integration of off-chain data and smart contracts. Chainlink has emerged as a major player in the data processing industry. It has piqued the interest of several reputable data providers, including Alpha Vantage, Brave New Coin, and Huobi. Data providers can easily monetize the information by selling data access directly to ChainLink.