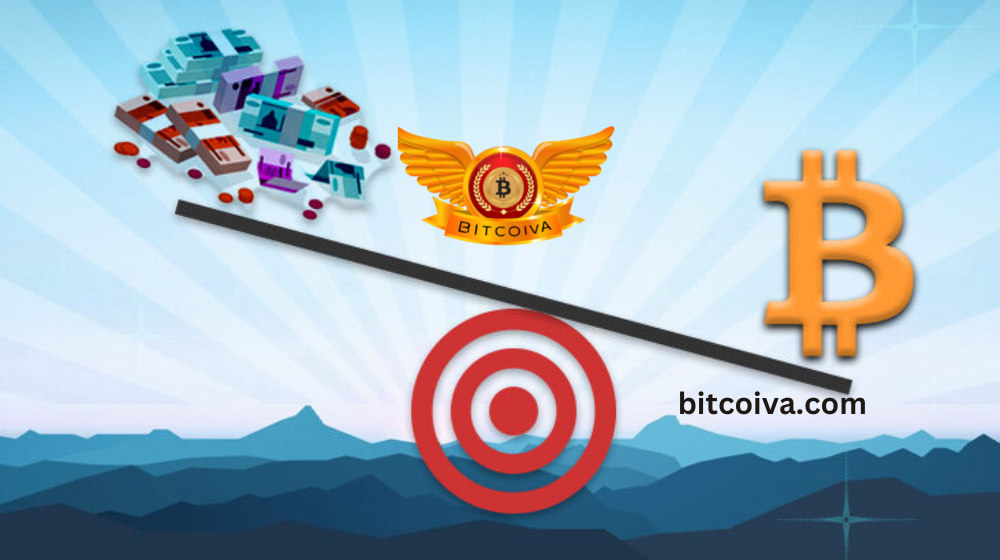 Bitcoin (BTCUSD) is a digital currency that serves as an alternative to fiat money controlled by central banks. The latter, on the other hand, is valuable since it is issued by a monetary authority and widely used in a market. Bitcoin’s network has decentralised network , therefore not widely used in retail transactions.

It’s possible to compare Bitcoin’s worth to that of precious metals. Both are in limited supply and have specific applications. Industrial applications are utilised for precious metals like gold, and Bitcoin’s underlying technology, the blockchain, has some applications in the financial services industry. Bitcoin’s digital origins suggest that it may one day be used as a medium for retail transactions.

Why Are Traditional Currencies Important? Why is Bitcoiva So Valuable

A useful money must have six characteristics: scarcity, divisibility, acceptability, mobility, durability, and counterfeit resistance (uniformity). These characteristics enable a currency widely use in a market. They also keep monetary inflation in check and make sure that the currencies are safe to use.

Currency is valuable if it functions as a store of value. Many societies have utilized commodities or precious metals as payment throughout history. Because they thought to have a generally steady worth.

Rather than lugging around large amounts of cocoa beans, gold, or other early types of money, communities eventually switched to minted currency.

The worth of currencies is a contentious issue. Their innate physical qualities provided their worth at first. The cost of extraction and some quality criteria, such as brilliance and purity content, determine the value of gold.

Government-issued currencies in the modern era are frequently in the form of paper money. This lacks the intrinsic scarcity of precious metals. For a long time, the amount of gold underpinning paper money defined its worth. Some currencies are still “representative,” which means that each coin or note can be directly exchanged. Thus done for a specific amount of a commodity.

In the 17th century, the concept of currency value began to shift. Money—currency issued by a government or monarch—”is not the value for which products are exchanged. But the value by which they exchange,” note prominent Scottish economist John Law. In other words, a currency’s value is a reflection of its demand and ability to drive trade and business both within and outside of an economy.

This approach is very similar to modern credit theory for monetary systems. Commercial banks, according to this theory, produce money (and value for currencies) by lending to borrowers, who then spend the money on commodities, causing currency to circulate in an economy.

Many worldwide currencies now categorize as fiat after countries abandoned the gold standard in order to alleviate concerns about gold availability. Instead, it is based on people’s and governments’ trust that others will accept it.

The majority of major world currencies are now fiat. Fiat currency deems to be the most durable and least prone to value loss over time by many governments and civilizations. The demand and supply for fiat currencies determine their value.

Digital Currencies and Their Value

Any assessment of Bitcoin’s worth must take into account the nature of money. Gold was helpful as a currency because of its physical properties, but it was also inconvenient. Paper money was a step forward, but it still required manufacturing and storage, and it lacked the mobility of digital currencies. Money’s digital evolution has shifted away from physical qualities and toward more utilitarian ones.

Here’s an illustration. During the financial crisis, then-Federal Reserve Chairman Ben Bernanke went on CBS’ 60 Minutes to explain how the agency “saved” insurance giant American International Group (AIG) and other financial companies from bankruptcy by lending them money. The interviewer perplexed and inquired if the Fed had created billions of dollars. That wasn’t the case at all.

“To lend to a bank, we simply utilise the computer to increase the amount of their account with the Fed,” Bernanke explained. In other words, the Fed used entries in its ledger to “produce” US dollars. This ability to “mark up” an account highlights the digital character of currency. Because it simplifies and streamlines currency transactions, it has ramifications for currency velocity and utilisation.

Why is Bitcoin so valuable?

Bitcoin does not have the support of government authorities or a system of middleman banks to spread its use. In the Bitcoin network, consensus-based transactions approve by a decentralised network made up of independent nodes. There is no fiat authority in the shape of a government or other monetary authority to take on risk and make lenders whole if a transaction goes wrong.

However, the cryptocurrency has certain characteristics of a fiat money system. It is rare and cannot be duplicated. A double-spend is the only technique to make a fake bitcoin. This occurs when a person “spends” or “transfers” the same bitcoin in two or more different places. Thus producing a duplicate record.

Many worldwide currencies, now categorized as fiat after countries abandoned the gold standard in order to alleviate concerns about gold availability. The government issues the Fiat currency, and not backed by any commodity. Instead, it is based on people’s and governments’ trust that others will accept it.

The majority of major world currencies are now fiat. Fiat currency deems to be the most durable and least prone to value loss over time by many governments and civilizations. The demand and supply for fiat currencies determine their value. The US dollar values more because the whole world uses it. It controls the flow of payments in international trade.