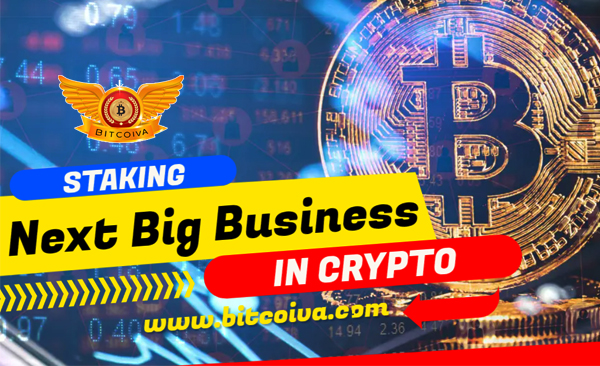 A set of bitcoin owners enjoys the revenue generated through staking incentives, while many investors acquire and sell cryptocurrencies for profit. A form of compensation given to cryptocurrency owners that assist in policing and validating transactions is known as staking rewards. In that regard, the benefits of staking are similar to a dividend or interest on a savings account, but with far higher risk.

What Exactly is Crypto Staking

Participating in the decentralized computer network that verifies transactions and makes sure those stored in a cryptocurrency’s blockchain are accurate are called “validators.” They receive payment in the form of cryptocurrency in return. But for people who stake their coins and sign up as validators, it’s not a risk-free operation because they risk losing some of their investment if they approve transactions that may be fraudulent or don’t follow the laws of a cryptocurrency.

Anyone can pledge their coins with a validator and receive benefits, even if they don’t have enough to become one themselves. Therefore, even users with a little number of coins can participate in staking rewards by using a crypto exchange or other crypto platform. As you earn rewards, they can be transferred into your account.

How Does Staking Work

Having a fundamental understanding of what blockchain networks function can help you better understand staking. Here are certain details you should be aware of.

Because blockchains are “decentralized,” there isn’t a mediator, like a bank, to verify new activity and ensure that it complies with a historical record kept by computers throughout the network. Users gather recent transactions into “blocks” and submit them to be included in an irrevocable historical record. Users that have their blocks approved are rewarded a transaction fee in bitcoin.

Staking can be used to stop fraud and mistakes in this process. Users risk some of their own money when they suggest a new block or vote to accept one, which encourages following the rules.

In general, a user has a better probability of receiving transaction fee rewards when there is more money on the line. However, a user may lose some of their stake if their proposed block is determined to include false information, a process known as “slashing.”

Before choosing a staking pool, it is advisable to read peer reviews and pick one with a reasonable number of existing participants. This is significant since a big staking pool often yields a lesser return because all validator incentives are issued after removing the platform charge.

In order to calculate the actual profits that will be earned on the staked tokens, it is also crucial to take the membership or entry cost into account.

In addition to rating, it is wise to pick a staking pool that is open about how it operates and offers frequent performance updates. This includes important decisions on the pool’s future road plan and how stakeholders are included in the process.

Things to Keep in Mind Before Staking

Crypto staking gives investors the chance to contribute to the essential functionality of the blockchain while also generating a steady income because it does not require purchasing mining equipment to generate profits.

Staking investors are a privileged group because they frequently have access to knowledge about significant changes or advancements being made on the blockchain.

There are numerous staking pools available for well-known blockchain networks, therefore it’s crucial that investors pick the ones whose pool operator has a stellar track record of performing the validator’s duty impartially.

The blockchain is guaranteed by staked tokens. If an investor loses money because a block contains incorrect or fraudulent transactions, the network may burn a specific number of staked tokens.

Additionally, when an investor chooses to join a staking pool, their cryptocurrency tokens are locked up at a particular blockchain address or with a third party, which may cause them to lose direct control over their tokens.

Selecting pools that enable investors to take part in the staking process while keeping their holdings in a hardware wallet for further security is the wiser course.

What Will be the Future of Staking

For less technically aware crypto users or those with significant holdings, staking has become a popular option due to the convenience of not needing to leave cryptocurrency exchanges.

According to staking provider Staked, the anticipated yearly returns for staking based on Q2 data are $12.5 billion this year. By 2025, $40 billion is what JP Morgan Research projects this to reach.

One factor is the shift in the crypto community toward proof of stake, which has been fueled by criticism of proof of work’s environmental impact. Additionally, proof of stake makes it simpler to scale and establish a new network.

Today has already been dubbed “Rug Wednesday” due to the widespread cryptocurrency crashes that followed Elon Musk’s announcement that Tesla would no longer accept payments.

As Ethereum, the second-largest cryptocurrency in the world, switches to PoS with its Ethereum 2.0 upgrade, staking is anticipated to account for a larger portion of the overall cryptocurrency market.

Currently, ETH 2.0 has about 5% of all ETH staked in it. However, Alex Svanevik, CEO of the blockchain analytics company Nansen, told Decrypt that following The Merge, when Ethereum 1.0 and Ethereum 2.0 interact with one another, we may anticipate seeing a significant increase in ETH staked. Following that significant Ethereum advancement, investors will be able to withdraw their staked ETH, which is currently not allowed and may account for the low ETH staking rate.