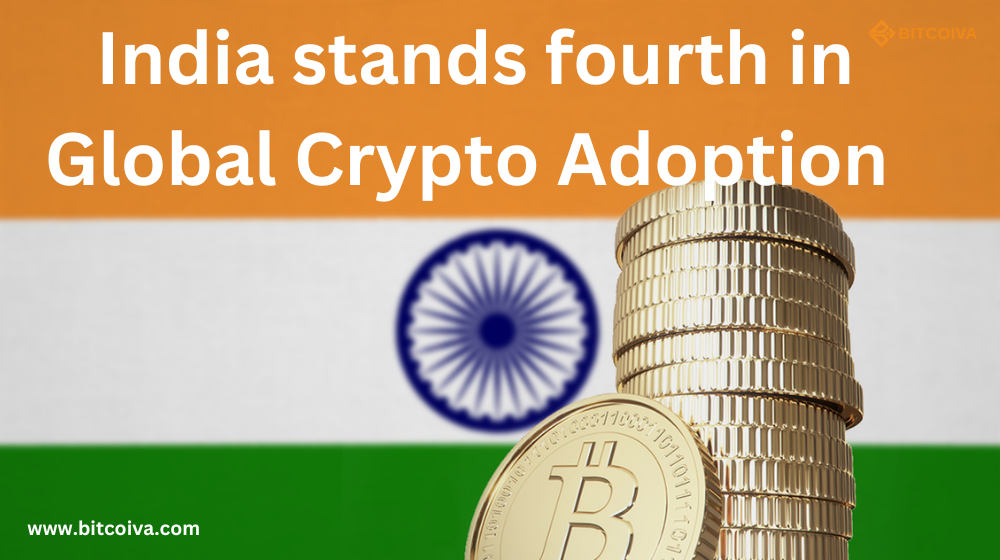 According to a report by the United Nations Trade and Development (UNCTAD), more than seven percent of Indians owned digital assets in the form of cryptos in 2021.
As per the report, in spite of the COVID-19 pandemic outbreak, every fourteenth Indian invested in the new age asset.
The report highlights how the adoption of Crypto Exchange India had increased exponentially during the Covid pandemic globally and especially in emerging economies like India. Mohammed Roshan, CEO & Co-founder, GoSats said, “The report clearly mentions remittances and the fact that crypto was perceived as a way to protect household savings were the main reasons for the rise in adoption in emerging economies.”

In crypto adoption, India ranks sixth. The crypto bull run of 2021 attracted a lot of retail and institutional investors to take a dip into the growing world of crypto assets. It drove the growth of Cryptocurrency Exchange India investments with seasoned investors, according to the experts.
However, the rise in the adoption of crypto assets may raise some red flags for the government. In which is in discussions and deliberations for the regulatory framework of the private crypto assets in the country.

Since the Best Crypto Currency Exchange In India rise, market trackers said that the government should fast-track its crypto Bill. This is to frame the regulations in the interest of all the stakeholders.

Shivam Thakral, CEO, BuyUcoin, said that the government had been doing its best as a policymaker in the crypto industry. “The new crypto tax regime has made the crypto transaction transparent and traceable for the government,” he said.

“India’s crypto industry is too big to ignore and a strong, business-friendly policy for the crypto industry will enable investors to trade with confidence and boost the morale of the young workforce willing to make a career in this space,” he added.
“The world is moving at a fast pace when it comes to the adoption of crypto and blockchain, and India should not miss this once-in-a-lifetime opportunity of becoming the blockchain capital of the world,” he added.

The Reserve Bank of India had vocally criticized these assets on various Crypto Trading Platform India. Whereas, the Enforcement Directorate (ED) recently froze bank assets of World’s Largest Cryptocurrency Exchange platforms such as WazirX and Vauld. But recently, the RBI announced India’s very first digital currency. Let us see this in more detail.

The Reserve Bank of India(RBI) declared the launch of India’s own digital currency in October. The RBI announced that limited pilot launches of the most awaited e₹ or central bank digital currency(CBDC) will start soon.

Initially, the pilot will focus on specific use cases of the proposed CBDC. The RBI released a 51- page concept note on the Central Bank Digital Currency on October 7. It has an explanation of the purpose of India’s own digital currency.

The concept note outlined India’s Central Bank Vision for the e₹. The e₹ is the digital version of the rupee. The RBI has explained the objectives, benefits, choices and risks of issuing the CBDC in India in the concept of note.

Further, the Central Bank of India added that it has been undergoing research on the pros and cons of introducing the CBDC.

And for implementing the CBDC, the RBI has described the rationale. The concept note also throws light on how the digital version of the rupee or e₹ will test on marked phases.

The RBI’s statement on the concept of note read, “The e₹ will provide an additional option to the currently available forms of money. It is substantially not different from banknotes, but being digital, it is likely to be easier, faster and cheaper. It also has all the transactional benefits of other forms of digital money.”

The Central Bank’s concept note emphasized the importance of finding innovative methods and compelling use cases that will make the digital currency as attractive as cash and more. The concept note also focuses to explain the CBDC’s technology, choices, designs, issuance mechanisms, potential applications, and other things.

Additionally, it investigated the implications of CBDC implementation on the banking system, financial stability, monetary policy and privacy issues.

The e₹ (digital version of the rupee) has two available versions. The versions are: Wholesale and Retail.

Wholesale: This is for the interbank settlements

Retail: This is for the Public

So it means the retail CBDC can be used by all. It includes the private sector, businesses, and non-financial consumers. Meanwhile, the wholesale CBDC designs restrict access to select financial institutions.

The RBI said in the concept note, “It is believed that retail CBDC can provide access to safe money for payment and settlement as it is a direct liability of the central bank. Wholesale CBDC has the potential to transform settlement systems for financial transactions and make them more efficient and secure. Going by the potential offered by each of them, there may be merit in introducing both CBDC-W and CBDC-R.”

Based on the multiple different use cases, many technology options will be tested. The results will finalize based on the final architecture. Further, the concept of note revealed that the CBDC is working on the choices available in technological aspects.

The Reserve Bank of India broadly defines the Central Bank of Digital Currency(CBDC). The RBI defines as a digital legal tender issued by the central bank. The Central Bank OF Digital Currency intends to supplement rather than replace the current forms of money. This e₹ also aims to give users an additional payment channel.