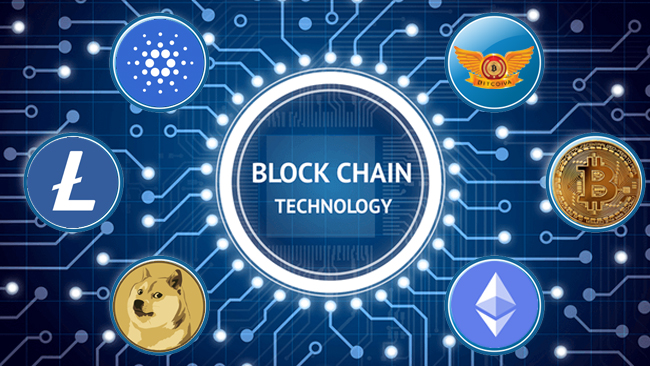 Blockchain and cryptocurrency two phrases that frequently used interchangeably. There is, however, a significant distinction between the two. Cryptocurrencies are digital currencies that employ blockchain as a ledger to store crypto transaction records. Beyond cryptocurrencies, blockchains may used to store and retrieve medical data, supply chain and logistical information, and financial records.

What is a Blockchain?

A blockchain is a collection of records or an electronic database, similar to a spreadsheet. Unlike a conventional spreadsheet, a blockchain stores bigger amounts of information, such as bitcoin transaction data, in “blocks” or groups. These blocks spread across several computers, forming a “distributed ledger”. When a block’s storage capacity reached, it “chained” to a previously filled block, and a new block created.

How does Blockchain Relates to Cryptocurrency?

Blockchain and cryptocurrency are both ethereal concepts. Cryptocurrencies are ethereal digital tokens that, unlike the US currency or the Indian rupee, cannot physically held. Blockchains, which used to store cryptocurrencies, do not reside in a single location or physical data centre.

Does Blockchain Needs a Cryptocurrency?

The opposite is true. Blockchain technology is used to create cryptocurrencies. A cryptocurrency is to a blockchain what email is to the Internet: a little component of a massively inventive, game-changing piece of technology.

However, when someone creates a blockchain or decentralised program, they frequently want a method to compensate users and miners. Many individuals design a token to be used for their own blockchain or app in order to reward others who use or contribute to it. This is why it may appear that a blockchain and a cryptocurrency are inextricably linked.

If you’re curious about blockchain technology and cryptocurrencies, you should learn more about how they function. It’s a lot of fun, and you get to be at the vanguard of a fast-expanding industry.

Get registered here for more offers and Benefits: https://www.bitcoiva.com/register/22102147