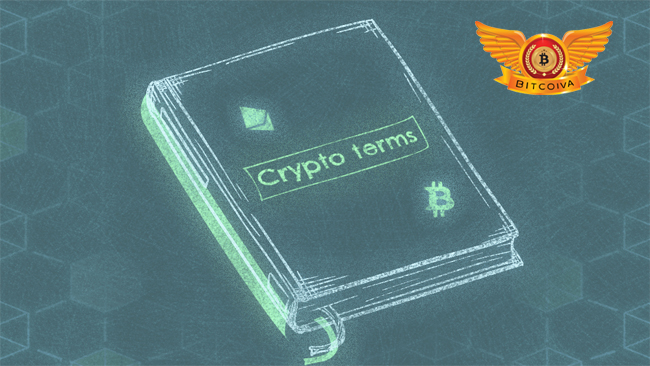 With more new participants entering the crypto market every day, the future of digital assets appears to be brightening. If you’re new to crypto trading, let us tell you something else: keeping up with trends, memes, and tweets is essential.

Furthermore, it is critical to be familiar with popular crypto terms in order to participate in discussions on subreddits and other platforms. This is where we make things simple for you. Today, we’ve compiled a list of ten of the most well-known crypto words that any beginners should be familiar with!

The crypto industry has grown into a worldwide phenomenon, gaining greater visibility and usage. If you’re acquainted with Bitcoin investment, you’ve probably heard the phrase “HODL”, which is extensively used by Bitcoin investors.

The phrase is an acronym for “Hold on for Dear Life”. This word was coined in 2013, during a huge price increase from January to December. Prices increased from $15 to more than $1,100 as a result of the spike.

China banned third-party payment businesses on December 18th, indicating that it would not do business with bitcoin exchanges. This resulted in a 39% price decline, with the bitcoin price standing at $438. At this time, a member on the bitcointalk site stated in a post, “I AM HODLING”. The user had written the word “Holding” incorrectly, and this quickly became a common phrase among investors when referring to the buy-and-hold strategy.

Since it pioneered a new kind of digital money, Bitcoin has almost become the face of the crypto industry. As a result, all cryptocurrencies that appeared after Bitcoin are referred to as Altcoins – from alternative + coins. All digital assets that are not Bitcoin come into the category of an altcoin. There are, however, divisions within altcoins.

We are all aware that the cryptocurrency industry is highly volatile, with values for all digital assets constantly shifting. As a result, there comes a period when the market price of a possible cryptocurrency ‘dips’. This is referred to be a fantastic buying opportunity for traders. As a result of this concept, the expression “buy the dip” became popular in the cryptocurrency field. Technically, it is to buy a cryptocurrency when its price is low and crypto traders may get a better deal on a certain coin.

While keeping onto bitcoins is beneficial, planning to ascertain their value is also essential. This is when the phrases “bull” and “bear” enter the picture. You are considered bullish if you believe the price of a cryptocurrency in which you have invested will climb. You’d be a bearish trader if you’re not confident in the price of a coin and believe it will fall. A market with an increasing price is on a bullish run, whereas a market with a decreasing price is on a negative run.

FOMO is another phrase used by cryptocurrency speculators. The phrase is an abbreviation for Fear of Missing Out. Traders frequently use this word to indicate their concern over losing out on a lucrative investment opportunity. FOMO is a significant driver to price volatility. For example, an investor may experience FOMO if the price of a cryptocurrency that they do not own rises in value. This sensation creates a sense of urgency since a trader may lose out on a good chance.

This is a protocol divergence in a digital asset’s blockchain. It may also be characterized as a dramatic change in the network or code. This dump divides the whole blockchain into distinct components:

It is the incompatible component of the split that consists of a fresh update in the nodes and does not accept the previously established rules.

The blockchain’s previous or original version is incompatible with the current modifications. It’s set up using the original rules.

As a bitcoin trader, you’ve probably heard the word staking a lot. It simply implies that people validate transactions on a blockchain network. Traders must lock part of their assets in order to sustain the network and check or validate the transaction. Staking, in its most basic form, is a means of adding new transactions to the crypto network.

Staking is available in a Proof of Stake (PoS) paradigm, which uses less energy than mining in a Proof of Work (PoW) model (PoW). Cryptocurrency trader’s benefit from this by receiving incentives for their holdings.

Fear, uncertainty, and scepticism Those three sentences are what many inexperienced and fearful investors encounter during their bitcoin trading careers. The slang term is intended to persuade investors to sell their coins, resulting in a price decline.

This is quite likely the most entertaining one on the list. The expression alludes to a coin that is skyrocketing over all charts. To the Moon is a joyful word since they are one of the reasons why a currency may experience huge excitement.

A whale is any investor with a large amount of cash. Whales can alter or control the price of a coin on their own because of their enormous buying position. These developments, however, are not always grasped by investors.

In a nutshell, these are some of the most prominent and often used terminology and phrases in the crypto sector. If you are new to cryptocurrency trading and want to increase the value of your portfolio, you must first become acquainted with all of the technical terms. Let us know which of these words you prefer in the comments section!