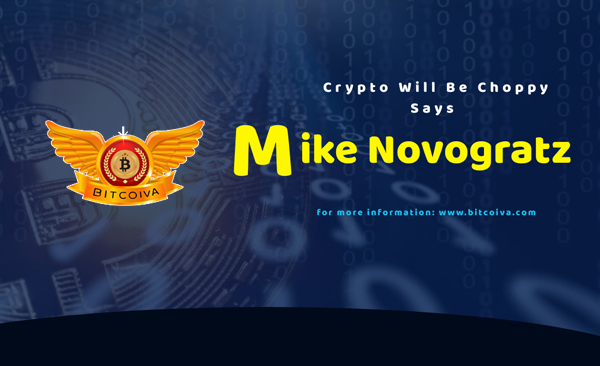 Mike Novogratz, CEO of Galaxy Digital and a crypto bull who has made billions investing in cryptocurrencies, claimed that although the crypto industry once had enormous amounts of debt, much of it is now gone.

In an interview with CNBC, he stated, “I feel that we’re 90% through that deleveraging.” The difficulty is that in order for you to significantly increase, both the narrative and additional funding are required.

For the time being, Novogratz predicts that the sector will move in “choppy sideways” until either the damage to the crypto market has healed, “people get equilibrium, and the market gets going again,” or until the Federal Reserve backs off of its monetary tightening to alter the macroeconomic narrative.

That opinion follows a sharp decline in the price of cryptocurrencies that caused several crypto companies to run out of liquidity. A lot of companies have either stopped letting customers withdraw money or, like in the cases of Voyager Digital and Three Arrows Capital, have declared bankruptcy.

The central bank that would serve as a lender of last resort and intervene in times of crisis is absent from the cryptocurrency market, according to Novogratz. The cryptocurrency industry, meanwhile, has excessive leverage.

He remarked, “Shame on many of the participants for doing what is just irresponsible, including leverage and asset-liability mismatch, taking customer deposits in overnight and lending them out.”

What Future Holds for Cryptocurrency

What will actually happen to the bitcoin market in 2023 and beyond is impossible to predict. More questions remain than there are solutions. But as the market develops, you’ll be able to make smarter investment choices by keeping an eye on a few key crypto trends.

Adoption of bitcoin payments on a large scale.

Based on Bitcoin and other digital currencies, exchange-traded funds.

Nations that have endorsed Bitcoin (or other digital currencies) as legal money.

The long-term future of the bitcoin industry will take shape as these problems emerge and are fixed. By the end of 2022, the image might begin to take shape as blockchain developers and governments work to finalize their long-term cryptocurrency plans.

Nevertheless, a sequence of baby steps that began with the invention of Bitcoin in 2009 will probably continue for many more years.

The long-term future of the bitcoin industry will take shape as these problems emerge and are fixed. By the end of 2022, the image might begin to take shape as blockchain developers and governments work to finalize their long-term cryptocurrency plans.

Nevertheless, a sequence of baby steps that began with the invention of Bitcoin in 2009 will probably continue for many more years.

Cryptocurrency is the Money of Future

In the best-case scenario, regulators from around the world may agree on a global framework for cryptocurrency regulation by 2023 and beyond. That, however, appears improbable given the current global attitudes about cryptocurrencies, which range from “Crypto transactions are banned” in China to “Bitcoin is an official currency” in El Salvador and the Central African Republic. In the near future, world unanimity on the subject seems doubtful.

Federal crypto regulations, however, are progressing. The U.S. Treasury Secretary Janet Yellen and Gary Gensler, chairman of the Securities and Exchange Commission, are leading a highly skilled team assembled by the Biden administration to guide the cryptocurrency regulation process.

Yellen has been monitoring the market for years, but occasionally with scepticism. In 2018, Gensler lectured at the Massachusetts Institute of Technology on subjects related to cryptocurrencies, including Bitcoin, blockchains, and other issues.

There is hope that a workable system may be built for investors, consumers, cryptocurrency firms, and traditional institutions if highly knowledgeable individuals set the tone for future laws. Knowledgeable regulators will be aware of significant issues like the distinctions between a value storage system like Bitcoin and an advanced ledger with smart contracts like Ethereum. Several crypto regulatory measures were proposed by Congress in the first half of 2022, but the bureaucracy moves slowly and this subject requires some careful thought and analysis.

Cryptocurrencies may become widely used by American customers when the government develops a legal framework and taxation structure. However, despite the fact that El Salvador and the Central African Republic both made Bitcoin legal tender in 2021 and 2022, the United States isn’t going to follow suit any time soon.

However, many merchants are likely to begin taking payments in digital currencies that resemble cash, such as Bitcoin, Litecoin (CRYPTO:LTC), or Dogecoin, a Bitcoin clone (CRYPTO:DOGE). The widespread use of cryptocurrencies should encourage governments and regulatory bodies to act more quickly, and it should also be advantageous for blockchain systems.

Over the following few years, the processes will spread throughout the cryptocurrency sector. Investors hate uncertainty, so even an excessively rigid regulatory structure would likely be an improvement over the shoddy control in place now.