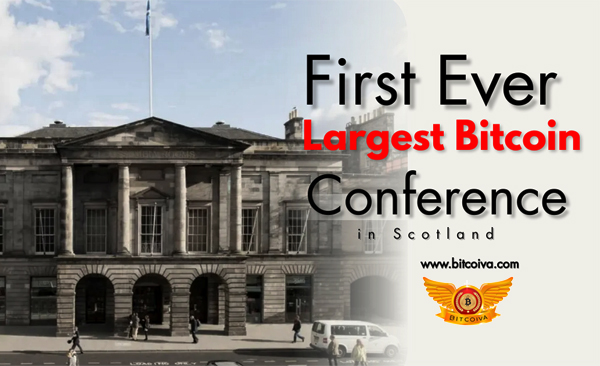 Even though the timing of crypto market hit its all-time low there are many traders still have hope that there will be development in the current situation. Even many famous traders this the right time to invest in cryptocurrency.

What is Bitcoin Conference

Around the world many crypto conference has underwent. These conference is held by different investors and influencer’s. The growth of cryptocurrency will be discussed in these conference.

This conference is considered the UK’s largest bitcoin conference. Many international investors are being the part of this conference. As the bear market is not willing to accept the adoption plans that’s happening in United Kingdom.

The people that are taking part in this conference are some of the famous author, content creators, and some of the biggest bitcoin influencers.

Who are Organizing this Event

What is the Goal of this Event

Jordan walker, CEO of bitcoin collective had officiated to Cointelegraph “The aspect of this this event is not about investment in bitcoin or buying/selling bitcoin. The event is held in focusing on spreading awareness, information and education to the peoples”

“However, it’s not about buying or investing in Bitcoin, that’s a whole different discussion. Our focus is on education, so make sure to bring a notebook and pen!”

Speakers including Jeff Booth the author of The Price of Tomorrow, Greg Foss the author of Validus Power Corp strategist, Natalie Brunell the author of host of Coin Stories, and Samson Mow, CEO of Jan3. Jeff Booth told telegraph “he is very much exited to meet fellow traders and investors.

“With a protocol level technology such as Bitcoin emerging and the confusion around it and what it means for the future, in-person events such as the Edinburgh conference are critical in broadening the awareness that Bitcoin is for everyone.”

The organizers of the conference believes this conference is about building community, spreading education and open discussion are their principles. Haider Rafique the chief marketing officer at OKX says the motive of the conference is just what the Bitcoin industry in the UK needs—the community itself rising up to say this is what we’re about, and this is why you should care.”

In the Bitcoin collective podcast Walker makes it clear that the idea of this conference is about the adoption of bitcoin in Scotland, this serves as means to “capture as many diverse participants as possible both on and off the stage”. The operation director of bitcoin collective Lucy-Rose said “Bitcoin is for all, and does not differentiate between gender, race or religion.”

Scotland is considered to the land of evolution, while the adoption of Bitcoin is raising in this region especially during 2021. This conference will definitely make many difference in forming a big sector of crypto in Scotland. This conference will create awareness and educate people about bitcoin.

The conference is the inaugural conference for bitcoin collective company and the following years meeting locations will be later announced. British Bitcoiners feature among the speakers as Peter McCormack, podcaster behind What Bitcoin Did, Allen Farrington, author of Bitcoin is Venice, and Danny Scott, CEO of Coin Corner, have been announced as speakers to date.