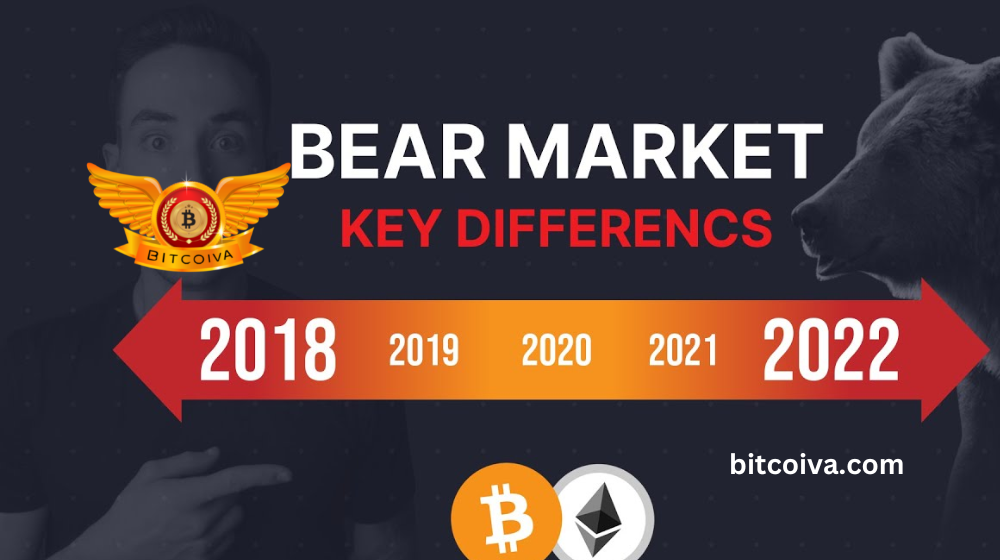 When a cryptocurrency market sees steady price decreases, it enters a bear market. According to Investopedia, “it often depicts a situation in which securities values decline 20% or more from recent highs amid pervasive pessimism and negative investor sentiment.”

Bear markets can also be related to specific securities or commodities. Bear markets , frequently linked to decreases in an overall market or index, such as the S&P 500. They may also be linked to a financial crisis like a recession.

Investopedia claims that the causes can be several. However, in general, variables like a poor or declining economy, pandemics, war, or burst market bubbles can be an influence.

Is This Your First Time Facing A Bear Market

This article examines what happened during the previous bear market in 2018 and what is happening during the present crypto crisis. Learn about the main distinctions and what you could anticipate during current market collapse.

Price of Bitcoin During Bear Markets

Nevertheless, figures from Glassnode show that the current realised price of Bitcoin is $23,340. This represents the average cost per Bitcoin in the supply as of its most recent on-chain transaction. Rarely, and usually near the conclusion of a bear market, does the price of bitcoin go below this level.

BTC is currently selling at a discount of about 11% to its realized price, or $20,700. It’s also trading at a similar discount to what it would normally cost to mine. This can be interpreted as a sign that the bottom is not too far away.

The MVRV Z-score for Bitcoin, which measures the discrepancy between market value and realized value, indicates that the cryptocurrency is currently undervalued. However it did hit far lower levels in 2018 and 2020.

Price of Ethereum in Bear Markets

Despite the fact that Ethereum’s value increased by 244% between its 2018 and 2021 ATHs, the total value locked (TVL) in decentralised finance (DeFi) shot up to $66.7 billion in the wake of the introduction of DeFi apps on Ethereum like Uniswap, Compound, Synthetix, and Yearn (and reaching $184.5 billion at its peak), where the majority of activity is focused on the Ethereum network. The overall number of tokens listed increased throughout this time, going from 1,359 to almost 20,000.

It should be emphasized that over half of the top 10 crypto tokens by market cap in 2017 failed to regain their former glory, despite the belief of current investors that DCA-ing into some or all of the top 10 cryptocurrencies will best balance risk.

In spite of experiencing a sizable rebound from their ATLs, all four of these cryptocurrencies failed to surpass their 2017 ATHs during the 2021 bull run.

Predicting precisely how a bear market would unfold is never easy, especially given the uncertain macroeconomic environment of today. It is generally understood. However, that those who act well now will stand to gain the most if/when the market recovers.