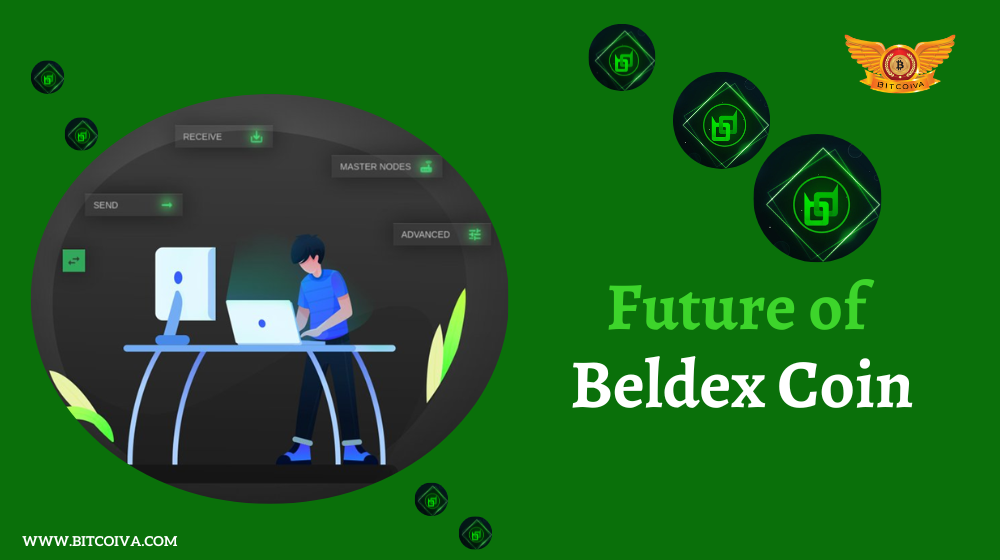 Beldex Coin introduced in July 2019 and based on cutting-edge hybrid digital decentralised technology with increased liquidity and private transactions. Beldex is the first cryptocurrency exchange platform that complies with Shariah. the Beldex coin is one of the fastest growing crypto coins today and future of beldex Coin remains question to many investors and here are few information on what does future holds.

Shariah abides by Muslim-dominated law, which forbids projects involving gambling, alcohol, tobacco, unjustifiably high interest rates, theatrical services, and financial pyramids. The objective behind introducing this notion into the blockchain market is to introduce a privacy coin that can assist users in avoiding scams and unlawful trade.

The Bahrain Central Bank has formally recognised the Estonia-based Sharia initiative. BDX currently mined using Proof of Work, however they will shortly switch to Proof of Stake. In order to increase privacy features like ViewKey that ZEC took from Monero, Beldex Blockchain also added Dash’s PrivateSend privacy protocol. Network is also working on its own customizable privacy technologies.

What is Beldex Trading?

Exchange platforms give us several reasons to hold on to BDX cryptocurrency because of their use of conditional transactions and untraceable roots in its main features. In the trading division, it provides reduced exchange fees, on-chain voting freedom, market access, increased referral programme commissions, first access to new items, network purchases of goods and services, and innovation-influencing innovation.

According to the report, Beldex focuses more on Islamic traders globally since Shirah has more than 1.8 billion fans and four digital assets with a market cap of $200 million. There are 6 coins available for trading on the exchange platform, including BDX, which purchased with BTC or USDT.

Different Muslim words developed to characterise Bitcoin since, according to most religions, it is Halal (lawful), which is advantageous for Muslim finance. Dr. Ziyaad Mahomed proposed this idea to encourage students to learn more about Islamic finance. They also said that cryptocurrencies should acknowledged and recognised as a legitimate form of money.

Because of Monero’s superior CryptoNote Protocol, which makes use of RingCt, Stealth addresses, and ring Signatures, Beldex uses its source code. Master nodes are necessary for the network’s functionality and scalability since they enable block rewards from each block, which allow for daily earnings of over 123 BDX coins and a yearly block reward offer of 46K BDX coins.

As they already listed on other other exchange platforms, like BTC Aplha and STEX, Beldex is currently distributing its wigs in various Asian nations, including Hong Kong, Singapore, and Malaysia. It ranks as the 223rd largest digital currency as of today, with a total market valuation of $47 million USD.

Beldex recently went public on the Gate exchange, but market volume is still trending lower. At its height, Beldex was able to rank among the top 200 cryptocurrency projects, but as of current now, it isn’t even among the top 2000 by market cap volume. Given that the token has been published on an exchange, a similar pattern can be observed with the BDX price oscillating within a defined band of $0.057 to $0.12 USD.

BDX reached a high of $0.17 USD in 2021, yet the project is still losing a significant amount of market share. Beldex was listed as one of the top 400 cryptocurrency projects in 2020. As the defi trend began to lose steam, Beldex likewise dropped to the top 2000 list and is currently in danger of dropping to the top 3000 list.

The Beldex coin was on the verge of resetting its all-time high price in January 2020, but fell just short because the price has since begun to decline. As $0.067 is the price that has been held the longest in the price history graph, Beldex ROI is still below zero. As there are very little chances of regaining this figure until Q4 2020, the earliest Beldex can do so is in December 2020. However, before then, they must demonstrate that they have achieved their average figure. Therefore, if we compare the price of $0.11 to today’s price of $0.048 USD, the expected growth required will be equal to 40.

In a recent interview, CEO Kim Hallend declared that he will introduce several new significant currencies to the market, provided that they complied with all applicable laws. He also vowed to offer the bonus and rewards that he had promised. They must adhere to their plan in order to expand in the future and possibly rank among the top 200 coins according to market valuation.

What Does Future of Beldex Coin?

A private ecology is the future of Beldex, allowing you to go about your daily business. We truly mean it when we say that. You can text a friend without worrying about someone else listening in on your conversation. Online searches are possible without being followed around by advertising. You will be free to fully maintain your anonymity. Through cryptographic protocols that obscure the information of the actors, Beldex anonymizes transactions.

Goodbye to telemarketers and internet adverts that follow your online activity; nobody needs to know what you spend your money on. Giving people back control and enabling them to make financial decisions without being watched is another major benefit of anonymizing transactions.

The ability to transact peer-to-peer with virtually any cryptocurrency does not, however, guarantee that your transactions are completely private. Typically, the metadata that goes with your transactions exposes information enabling blockchain research companies to follow your expenditure, like time stamps.