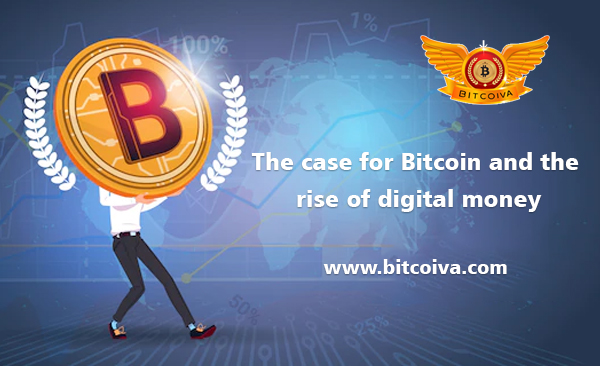 During the pandemic, the growing price of Bitcoin has reignited interest in private digital currency. While Bitcoin is unlikely to replace existing currencies. The emergence of ‘cryptocurrencies’ and ‘stablecoins’ has spurred digital currencies investment.

Bitcoin is a decentralized virtual currency, or ‘cryptocurrency,’ described as “a fully peer-to-peer version of electronic cash [that allows] online payments to be transmitted directly from one party to another without passing through a banking institution” by its unknown founder. You own the ‘key’ (or password) to an ‘address’ (or account) that contains the virtual currency when you own Bitcoin.

By generating a transaction, which is subsequently recorded on an immutable public ‘block,’ Bitcoin can be sent from one address to another. These blocks are then linked together to form a ‘blockchain,’ which is a publicly accessible record of all Bitcoin transactions in the past.

The rise of digital money than original currency:

Bitcoin offers two benefits over traditional currencies, according to its advocates. The first is that its supply is limited, making it difficult for a central authority to devalue it by issuing it in large quantities. As a result, it is far less vulnerable to hyperinflationary crises like those experienced in Weimar Germany, Zimbabwe, or Venezuela. However, a restricted supply might be a drawback because it makes it impossible to control deflation, which can have disastrous economic implications (Bordo and Filardo, 2005).

The second ostensible benefit of Bitcoin is that all transactions are permanent and irreversible. When money is held in a bank account, the bank might theoretically seize the funds and claim that they never existed. This is impossible with Bitcoin since the database that records transactions cannot be altered by any central authority. Because it does not require its owner to trust a financial institution not to expropriate it, Bitcoin is often referred to as “trust less.”

These benefits are just speculative. In industrialized economies, hyperinflation is not currently a major issue, and while financial institutions have been known to participate in fraudulent methods, they are usually more nuanced than just seizing their customers’ assets and denying that they ever existed.

In practise, the biggest benefit of Bitcoin for users is its anonymity, which allows it to be used to break the law with less chance of being prosecuted. According to a 2019 analysis, criminal behavior accounted for 46% of all Bitcoin transactions, totaling $76 billion per year (Foley et al, 2019). The purchase of illegal substances and money laundering are the two most typical forms of unlawful conduct involving Bitcoin. It’s also widely used in blackmail and extortion attempts to solicit anonymous payments.

Banks operating with cryptocurrency platforms have struggled in the past to comply with ‘know-your-customer’ regulations, and numerous governments, most recently the French Minister of the Economy and Finance, have attempted to curtail Bitcoin’s anonymity.