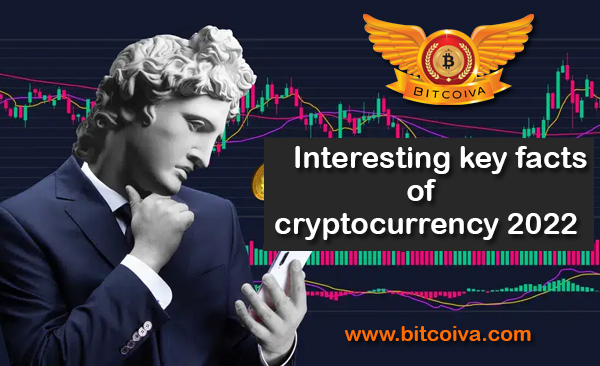 If you’ve been following cryptocurrencies, the first thing you’ll notice is that they’re quite volatile. This is due to the fact that virtual currency trading takes place on multiple cryptocurrency exchanges rather than a single exchange, resulting in higher volatility.

As of Dec. 18, the total market capitalization of all cryptocurrencies has surged by more than 3,200 percent since the start of the year. Despite this, bitcoin, the world’s most popular cryptocurrency, has experienced four 20 percent price drops in the last six months. To put it another way, cryptocurrencies are not for the faint of heart. Do cryptocurrencies allow you to become wealthy? Even if you haven’t invested much and have only had the assets for a short time, you could make a fortune if you get lucky with your crypto investment. The fact that cryptocurrencies can be extremely volatile makes this conceivable.

If you’ve been following the rise of virtual currencies, you’ve likely heard a lot about bitcoin — and rightfully so. It was the first traded cryptocurrency, and it now accounts for 54 percent of the total $589 billion market capitalization of all cryptocurrencies. It is, however, far from alone. There are approximately 1,300 different virtual currencies available for purchase, with over two dozen having market capitalizations over $1 billion.

Blockchain is The True Value

Despite the focus on trading virtual currency, what lies beneath cryptocurrencies could be extremely important. Blockchain technology serves as the foundation for cryptocurrencies such as bitcoin. It’s a digital, decentralised ledger that securely and efficiently records payment and transfer transactions. It’s also one of the main reasons why huge corporations are so enthusiastic. Blockchain the technology of the future? Blockchain is a fundamental technology that has the ability to lay new economic and social underpinnings. However, while the impact will be immense, blockchain will take decades to penetrate our economic and social infrastructure.

The Role of “Miners” is Crucial

To account for new transactions and payments, bitcoin transactions must be confirmed, and the blockchain must be continually expanded. A group of people known as bitcoin miners is in charge of this task. Crypto-mining entails the competitive use of high-powered computers to solve complicated mathematical problems in order to validate and log transactions. Being the first to do so usually earns the miner a reward in the form of cryptocurrency coins or transaction fees linked with a block.

Mining can be quite profitable, despite the high hardware and electricity expenses. NVIDIA and Advanced Micro Devices have recently seen double-digit percentage increases in revenue due to the graphics-card hardware needs of miners. How long does one coin take to mine? The average time it takes to generate one bitcoin is around ten minutes, although this is only true for strong processors. The pace of mining is determined on the Bitcoin mining hardware you use.

The Largest Bitcoin Miner is China

Well, who would have guessed? Cryptocurrency mining is the process of confirming transactions before they are recorded on the Blockchain ledger. It’s a very profitable portion of the company, and China currently owns about 75% of the mining network.

Of course, this depends on where you reside. However, since cryptocurrencies have become mainstream, tax authorities throughout the world are scrambling to ensure they get a piece of the virtual pie. Many jurisdictions demand that you pay taxes on your bitcoin profits. Is it possible to tax Bitcoin? Cryptocurrency is subject to taxation. Cryptocurrency is classified as property by the IRS, and cryptocurrency transactions are taxable just like any other property transaction. When you sell, trade, or dispose of bitcoin in any way and make a profit, you must pay taxes.