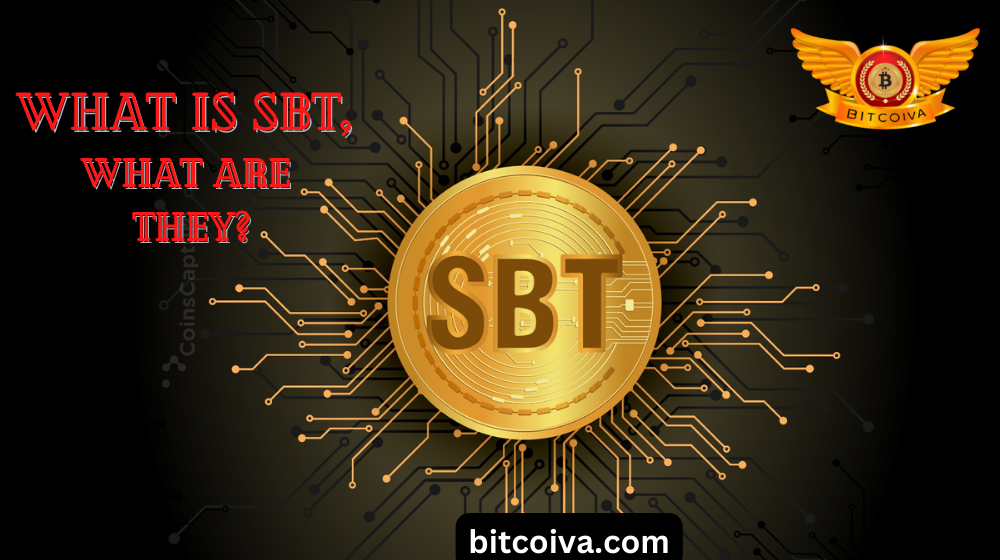 The topic of soulbound tokens was very briefly touched upon in our article on potential Web3 use cases. One of the more interesting developments to come out of blockchain technology may be soulbound tokens. This article examines soulbound tokens (SBTs), their applications, advantages, and disadvantages.

What Do SBTs Do?

Vitalik Buterin, the creator of Ethereum, first proposed the idea for Soulbound Tokens (SBTs) in a blog post. He says they are a method to avoid Web3’s “current hyper-financialization.” They will serve as a foundation for a decentralised society, or desoc for short, which will transform how individuals interact with one another, manage their reputations, and create and run communities.

Soulbound tokens are technically non-transferable NFTs, or exclusive and publicly verifiable tokens. They will help society transition to a decentralised one by “encoding social ties of trust,” according to Buterin. These tokens could, for instance, serve as tokenized representations of a resume or stand in for affiliations, credentials, accomplishments, and memberships.

SBTs are not exact replicas of people. Instead, they are connected to a person, group, or other entity. They are specifically committed to a wallet for its whole life. SBTs, for instance, can display a person’s background, including past work. The same person (or entity) could, however, have a different SBT symbolize their non-professional associations. As a result, a person may possess multiple “Souls.”

SBTs have also been referred to as non-transferrable NFTs, as we said before. These are unique recordings of data that belong to a specific entity, as opposed to non-fungible tokens, which are unique assets that belong to an unknown wallet. SBTs cannot be traded because their owner is known, in contrast to NFTs, which can be freely exchanged for monetary gain.

The advantages of soulbound tokens are numerous. They may, first and foremost, boost trust in the Web3 market. For the time being, Web3 still uses Web2 tools to address representation and trust issues. For instance, in order to use NFTs to their full potential, you’ll need OpenSea, Twitter, or Instagram to display your profile photographs (to trade them). Other examples include DeFi credit markets that rely on over-collateralization to ensure counterparty confidence or DAOs that rely on Discord voting to prevent Sybil attacks.

With SBTs, though, you might support someone or something after doing business with them. Additionally, they would link a loan to a verified entity, enabling undercollateralized loans and unlocking a social side of credit.

As a result, soulbound tokens provide a more accurate portrayal of loyalty, credibility, and alliances. They would nudge Web3 away from a profit-driven framework and toward cooperative, reputation-based frameworks. They basically operate on the same concepts, which are composability, cooperation, trust, and reputation management controlled and owned by network users.

How Are SBTs Useful?

There are several intriguing use cases for SBTs.

Owners of NFT Art NFT still require centralized sites, such as OpenSea, to advertise their possession of digital assets. A non-fungible token’s provenance could establish with SBTs by connecting it to the Soul of its owner (aka their unique wallet).

It would be able to “soul-back” themselves, greatly enhancing their social coordination capabilities. DAOs are susceptible to Sybil attacks, which are spam assaults that let attackers create several wallets to increase their voting power. DAOs would be able to identify between genuine Souls and fraudulent wallets with the aid of soulbound tokens.

Furthermore, because of their greater track record of trust, Souls with many SBTs might be awarded more voting power.

Loans Made Without Collateral

There is no social credit component to obtaining a loan thanks to the privacy-focused nature of cryptocurrencies. Trust is therefore enforced monetarily, i.e., through excessive collateralization. Such a social credit feature would be made available with SBTs. “Loans and credit lines could be represented as non-transferable but revocable SBTs, so they are nested among a Soul’s other SBTs—a kind of non-seizable reputational collateral—until they are repaid and subsequently burned, or better yet, replaced with proof of repayment,” Vitalik Buterin wrote .

SBTs offer useful security properties: non-transferability prevents transferring or hiding outstanding loans, while a rich ecosystem of SBTs ensures that borrowers who try to escape their loans (perhaps by spinning up a fresh Soul) will lack SBTs to meaningfully stake their reputation.”

Another potentially promising field is certifications and documentation currently collected on centralized ledgers “behind closed doors.” For example, academic records or certifications not applying to a universal standard would record by SBTs, creating a “proof of history” that cannot be tampered with.

Proof of attendance records for physical or virtual events and gatherings would be equally fascinating. A soulbound token, for example, may be used to track academic attendance and link it to a student’s academic record and, eventually, their employment record.

Finally, SBTs could improve openness and streamline employment records. Even today, it might be challenging to verify the accuracy of a candidate’s career history. If you consider records from various businesses or nations, this is even more the case. An applicant’s reputation would improve by a verifiable digital CV made possible by soulbound tokens.

How Do SBTs Operate in Web3?

SBTs are relatively uncommon on a large basis. Though theoretically they would be non-transferable and linked to a single crypto wallet. They would essentially be NFTs with the absence of transferability and financial aspects.

NFTs – transferable and include a verifiably one-of-a-kind piece of data that stores on the blockchain, like the information for a digital work of art. They don’t tie to a particular owner or wallet.

SBTs have verifiably unique information about their unique owner (their Soul), such as employment or medical records, certifications, and other information, and are not transferable. They link to one Soul only. Multiple SBTs with qualitatively different pieces of information can exist for one Soul.

What Are Examples of SBTs in Action?

Examples of future uses of soulbound tokens are:

Digital proof of certifications, documentation, badges, and others

What Are SBTs’ Drawbacks?

One of the primary criticisms is that SBTs can pave the way for a dystopian future with increased surveillance. The parties with access to such information would have a lot of power over the entity the data belongs to if they could link a person’s employment or health history to a token. SBTs aren’t supposed to be connected to the government, but that doesn’t mean their features can’t be abused.

Second, standardising and recording off-chain data sounds interesting, but connecting to an on-chain record is probably challenging. Furthermore, the absence of a common standard for SBTs would unavoidably result in each blockchain creating its own soulbound tokens, similar to how various chains produce related NFT sets. Once more, identifying the “real” Soul would require an off-chain societal consensus rather than a uniqueness that could be independently verified by technology.

The video game “World of Warcraft,” where some goods are soulbound, is where soulbound tokens first appeared. Their on-chain implementation might aid in solving a number of critical Web3 representation and trust issues. As a result, they might be just as popular as the metaverse in terms of igniting the next bull run in cryptocurrencies.