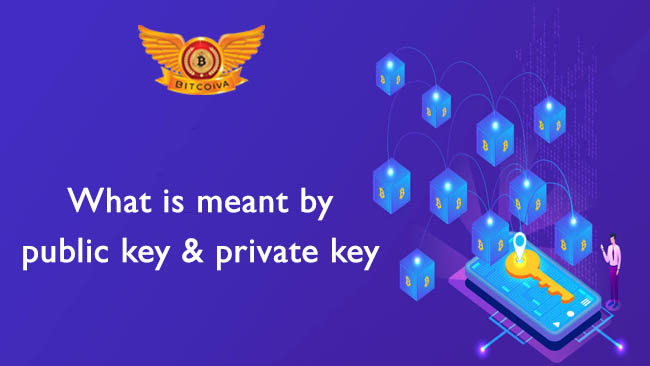 The cryptocurrency is not saved in the wallet itself, but rather in the blockchain (what is blockchain?). The wallet, on the other hand, has the public address (public key) and the private key. The majority of the numerals and letters in both keys are picked at random.

The public key may be our bank account number, while the private key could be a password for internet banking or a credit card PIN code. It’s essentially a code that gives you access to your money. Only those who know your bank account number may send you money, and the same principle holds true here: only those who know your public key – your wallet address – can send you money.

Public keys can be shared with other network users.

The Public Key can be used to create addresses.

Other users on the network use public keys to contest ownership of Bitcoins.

This is a Public Key produced from our Private Key.

A private key is nothing more than a very huge and incredibly random number.

A Private Key produced by a wallet application built by me is shown in the image below.

Difference Between Public and Private key

Digital wallets are used to transfer and receive cryptocurrency, as we all know. Digital wallets are not typical wallets that keep money in a digital format; instead, they store just the owner’s public and private keys. Private keys are used to sign the transaction in which cryptos are digitally transferred. This digital signature is used to prove that the transaction was sent by the user who claims to have completed it, and that no one can change it after it has been given.

By confirming the private key, someone with your private key might simply transmit money from your wallet to their wallet. As a result, private keys must be kept hidden from others. This is why it is believed that if your private key is lost, you will lose all of your money unless you have a method to regenerate the private key and move it to a duplicate or new wallet.

One may send and receive money in digital wallets using a combination of public and private keys. The digital signature of the user signed with the private key may be simply decrypted using a public key.