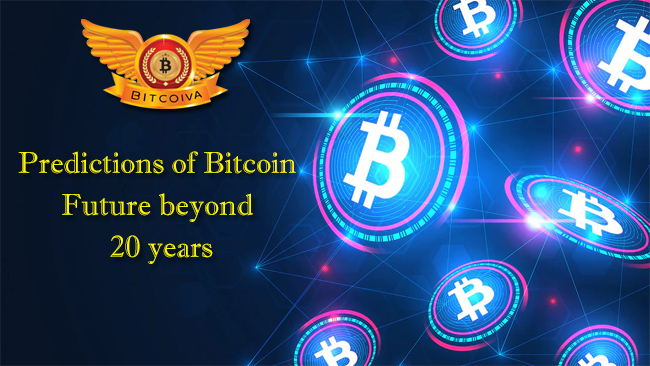 When Bitcoin was first presented to the globe over a decade ago. It was expected to usher in a financial revolution. But such revolution is still a long way off. The rocky first decade of cryptocurrencies has been plagued by scandals, mistakes, and dramatic price fluctuations. BTC has declined by 24 percent to almost $48,000 as of Aug. 30, 2021, after reaching a record high price of more than $63,000 in April 2021. However, investors and cryptocurrency aficionados have increased their excitement about the bitcoin future. As a result, the next decade might be crucial for Bitcoin and cryptocurrencies in general.

A Vision That Is Compromised

Bitcoin was meant to be a borderless and decentralised alternative to government- and central-bank-controlled fiat currencies. As stated by its pseudonymous inventor Satoshi Nakamoto in a foundational paper published on Oct. 31, 2008. The Bitcoin network’s consensus on a transaction does not rely on third-party intermediaries. Instead, blockchain—a peer-to-peer network of systems with electronic ledgers—is used to verify and validate a transaction.

“The cost of mediation boosts transaction costs, limiting the smallest viable transaction size and removing the possibility of small and casual transactions”, Nakamoto remarked in favour of replacing mediation with a peer-to-peer network.

However, some 13 years later, that original goal appears to have been damaged. Centralization has supplanted decentralization. Bitcoin whales, or individuals with large holdings of the cryptocurrency, are thought to have market power over its price. The effectiveness of big mining farms has been compromised for the democratization of creating money through mining. Scaling issues afflict Bitcoin’s technology, resulting in a long history of splits and altcoins.

However, these drawbacks are offset by the development of a strong and active crypto ecosystem. Despite the fact that it didn’t exist a decade ago, the cryptocurrency industry is today worth $2.02 trillion.

Since Bitcoin’s inception, over 11,000 cryptocurrencies have been created and are exchanged on exchanges. Blockchain has become a household name, and it is being marketed as a solution to difficult issues. After some hesitating, institutional investors are now flocking to crypto-assets as a form of investing.

Considering the Next Decade

The next decade might be critical in the evolution of Bitcoin. Aside from financial ecosystem revolutions, there are a few areas of Bitcoin’s ecosystem to which investors should pay particular attention.

Cryptocurrency is currently caught between being a store of value and a medium for daily transactions. Despite the fact that governments throughout the world, including Japan, have recognized it as a valid method of payment for goods, institutional investors are eager to get in on the action and profit from the volatility in its value.

However, scale and security issues have prevented both scenarios from occurring. “Arguably the major shortcomings for Bitcoin and other cryptocurrencies in recent years have been security”, said Chakib Bouda, CTO at Rambus, a payment provider. Bouda is alluding to the billions of dollars in Bitcoin and other cryptocurrencies stolen by hackers from exchanges. A safe Bitcoin environment, he believes, will lead to mainstream acceptance. “In ten years, we expect Bitcoin to become mainstream and have a completely different reputation”, he said.

The mainstreaming of Bitcoin as a payment method (or, for that matter, its rising attractiveness as an asset class) will not happen until its ecosystem undergoes technical advancements. Bitcoin’s blockchain must be able to process millions of transactions in a short period of time in order to be deemed a viable investment asset or method of payment.

Several technologies, including Lightning Network, claim scalability in their operations. New cryptocurrencies established as a consequence of Bitcoin blockchain hard forks, such as Bitcoin Cash and Bitcoin Gold, attempt to modify the ecosystem’s settings in order to process more transactions at a quicker speed.

Along with Bitcoin’s blockchain advancements, Ripple’s CTO David Schwartz compared Bitcoin to Ford’s Model T in 2018. The creation of the car heralded a transportation revolution, and a whole ecosystem, from roadways to petrol stations, arose to service the automobile. Because of significant media coverage, the seeds of an ecosystem have already sprouted in the last few years.

As regulation adjusts to catch up, the ecosystem is projected to develop. According to Schwartz, the next decade will “bring an explosion of low-cost, high-speed payments that will alter value exchange in the same manner that the Internet transformed information sharing”.

So far in 2021, Bitcoin has reached a high of $60,000 before sliding to approximately $40,000. Large banks are continuing to take notice of cryptocurrencies, with Goldman Sachs reinstating its crypto trading desk and BNY Mellon launching digital currency custody services.

According to Citi, Bitcoin may become the preferred money for international trade. This follows investments in cryptocurrencies by PayPal (PYPL) and Tesla (TSLA) in early 2021. Tesla purchased $1.5 billion in Bitcoin, while PayPal made a bid to acquire cryptocurrency custodian Curv. Citi stated that the future of Bitcoin is still quite unknown, but that it is on the verge of general acceptance. The appetite of institutional investors is fueling widespread interest in cryptocurrencies, but challenges of custody, security, and capital efficiency remain barriers for the digital asset, according to Citi.