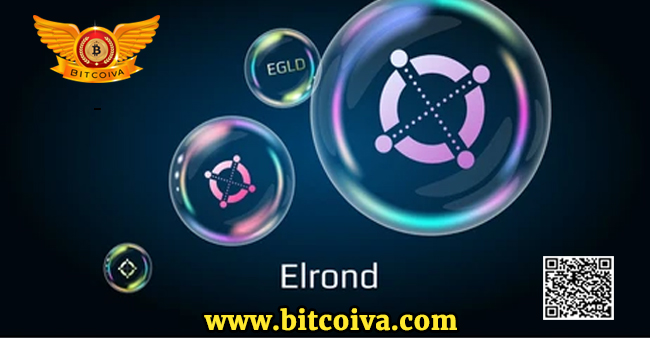 To buy and sell any cryptocurrency the first and foremost step is create an account with us in bitcoiva here: https://bitcoiva.com/register

Once you have registered to Bitcoiva you can login to it and can trade whenever and wherever you want here: https://bitcoiva.com/login

To buy and sell and trade EGLD Token in Bitcoiva

An overview on EGLD Token:

Elrond is a blockchain technology that uses sharding to provide incredibly fast transaction rates. The project touts itself as a new internet technology ecosystem that incorporates fintech, decentralised finance, and the Internet of Things. Its smart contract execution infrastructure is touted to be capable of 15,000 transactions per second with a latency of six seconds and a transaction cost of $0.001.

To pay network fees, stake, and reward validators, the blockchain employs a native token known as eGold, or EGLD.

Elrond was initially revealed in August of this year, and its mainnet went live in July of 2020.

Elrond bills itself as a blockchain platform for the emerging internet economy, decentralised apps, and business applications.It claims to be the first blockchain network to incorporate state, network, and transaction sharding, which is its main selling feature. It plans to develop its ecosystem and build EGLD as a store of value asset, according to its economic paper.

To do this, the network is divided into four shards: three execution shards capable of 5,400 transactions per second each, and one coordinating shard known as the “Metachain.” Elrond’s adaptive state sharding architecture isolates state, transactions, and the network fully.When the throughput need is not met, it may be scaled by adding another shard.It was tested in a public environment to operate 263,000 TPS with 1,500 nodes from 29 countries organised into 50 shards.

In order to boost adoption, the project also assists developers that build on the platform by allowing them to receive royalties of 30% of smart contract payments.

During the first year, the firm maintains a supply of EGLD tokens to stake on the network, with validator nodes receiving a 36 percent annual percentage rate.