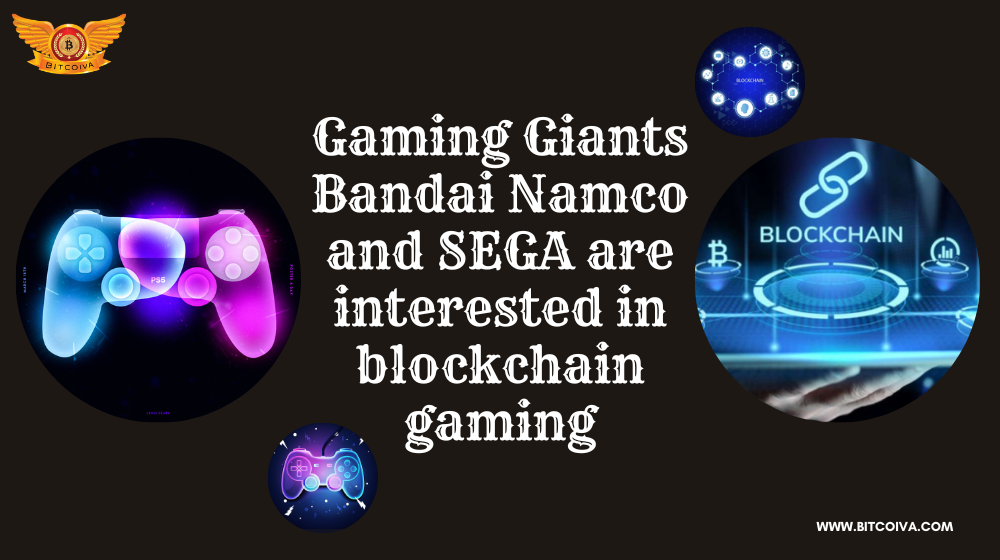 According to a representative of the Oasys blockchain project, Japanese gaming titans are preparing for the adoption of blockchain technology in general and will not be persuaded by gamers who are against cryptocurrencies and nonfungible tokens (NFTs). Bandai Namco and SEGA are interested in blockchain gaming

Oasys Representative Director Ryo Matsubara stressed that the project’s well-known partners, including Bandai Namco and Sega, and Square Enix, are not just joining the cryptocurrency bandwagon there is a long-term vision for blockchain-based gaming:

Tekken and Pac-Man were created by Bandai Namco, Sonic the Hedgehog is generally regarded as Sega’s most well-known game, and the Final Fantasy series was created by Square Enix.

When asked whether these businesses intended to incorporate blockchain technology into their existing gaming brands, Matsubara replied that they were initially considering creating entirely new blockchain games.

He pointed out that since this is an entirely “new model” of gaming, it needs more time to develop before these large corporations will consider more extensive blockchain interfaces with conventional games.

Strong [popular] IP will be introduced “after the model is fixed, becomes sustainable, and succeeds,” he stated.

Looking at what has to be changed in blockchain gaming, Matsubara stated that many projects’ current reliance on the cost of in-game tokens is a “huge concern.” As a result, “speculation” rather than the gameplay itself is in more demand.

He continued by saying that as projects attempt to create true buzz for the games themselves, most likely through enhancing the overall gaming experience, there would be a “adjustment” over time.

Sillay stressed that more players prefer games that are “pleasant to play” as opposed to being a hustle to earn tokens during an interview.

The formal mainnet launch of Oasys’ proof-of-stake blockchain, which is specifically designed for gaming, is anticipated for the remaining months of this year. Matsubara also made a suggestion that games from its well-known partners would probably be unveiled in 2019.

Tim Sweeney, CEO of Epic Games, said in July that his company “certainly” wouldn’t follow Microsoft’s Minecraft in outlawing NFT integrations in games. The action is in response to his comments.

What Are Games Based on Blockchain?

Blockchain technology is a distributed ledger of transactions that powers cryptocurrencies like Bitcoin and Ethereum. It runs on a network of computers. Due to the requirement that records be same throughout the whole network, the decentralised model makes it challenging for anyone to change transaction information.

What Role Does Blockchain Play in Games?

Since most gaming platforms are centralised, players can only utilise their in-game currency or XP in one game at a time. However, decentralised models are used in blockchain games, allowing players to control their game data and use it in other blockchain games.

For instance, if a user is winning XP and weapons in one blockchain game, they can decide to transfer their winnings to another game when they log out. They could also trade with other players or sell them.

How Are Blockchain Games Profitable?

Getting Started With Blockchain Games

You must first possess bitcoin and keep it in a wallet in order to start playing blockchain games. You would need to buy Ether to play many blockchain games because Ethereum is the platform on which they are built. However, you will need to investigate exactly what form of cryptocurrency and wallet is appropriate for you.

The following stage is for you to decide whatever game you want to play. Think about the types of games you might enjoy playing, the entry cost, your level of game comprehension, and how the game economy functions.

An overview of some of the most well-known blockchain games is provided here.

Players of Axie Infinity gather Axies, which are NFTs that can be utilised in combat with other players. The Smooth Love Potion that players receive after a victory in a combat can be exchanged for Axie Infinity Shard tokens. Additionally, axes can be acquired, traded, and bred.

Decentraland gives users the option to purchase in-game land and develop just about anything in order to create a three-dimensional universe. On their property, players can establish stores, develop unique games, and more. Users of Decentraland must possess Ethereum and be able to buy MANA.

In the science fiction game Alien Worlds, players must capture alien NFTs that are utilised to gather resources while advancing along the way. The TLM tokens can be used by players to trade NFTs, triumph in fights, or finish objectives. Players will require land, TLM, and mining equipment to get started.

Due to the decentralised nature of blockchain games, players control their game earnings and can spend them in other cryptocurrency games. NFTs are used in blockchain games to develop exclusive products, characters, rules, and more.