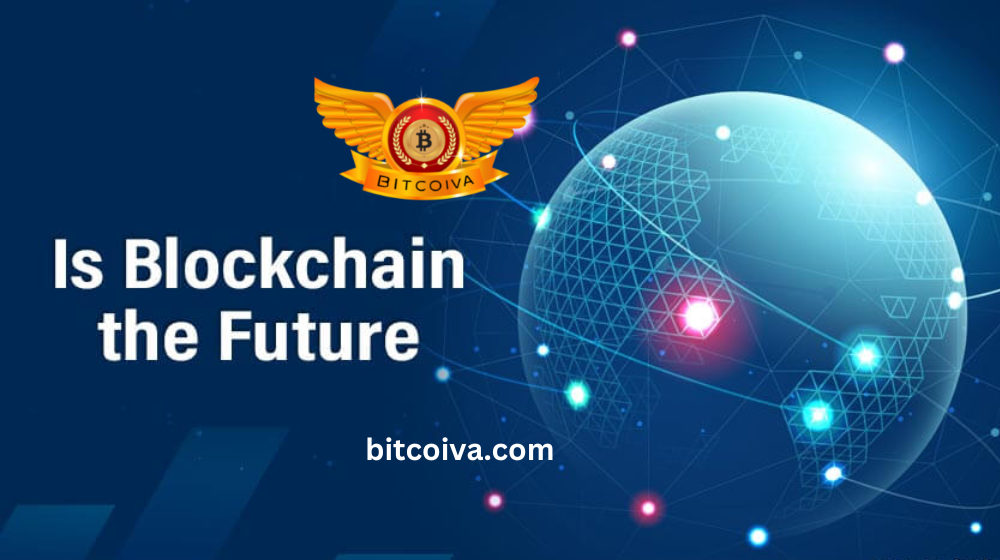 The distributed ledger technology known as blockchain is used by all varieties of cryptocurrency which is becoming the worlds future. Blockchains function as decentralised platforms for recording and documenting transactions involving a certain digital currency. Simply put, blockchain is a distributed ledger that keeps identical copies of transactions on each computer in a network. The blockchain’s security is aided by the fact that the ledger is dispersed across each section of the network.

Blockchain and how it works?

Blockchain is a type of database that stores data in blocks that are subsequently linked together to form a chain. A new block is created for the new data. When a block is filled with data, it is linked to the previous block, creating a chronological order for the information. Although blockchain may hold a variety of data types, it has primarily attracted attention from the financial sector. It has been utilised as a digital ledger for transactions thus far.

In the case of cryptocurrencies, blockchain is employed in a decentralised manner, meaning that control is not held by a single person or organisation, but rather by all users collectively. Decentralized blockchains are immutable, meaning that once data has been inputted, it cannot be changed.

The Blockchain is continually evolving

Blockchain is still evolving, and the usefulness of each of its applications, as well as cost-efficiency, is being tested with more and more PoCs. While countries such as the United States, Singapore, Australia, and Japan have achieved substantial progress in this area, India and China have also taken initiatives to promote blockchain-based technologies and investments.

Clearly, blockchain progress has not been as rapid as we had hoped; however, as the saying goes, slow and steady wins the race. Growth and adoption have been modest, in part because many public blockchain solutions do not yet have a defined income model.

Blockchain is the way of the future!

Blockchain beyond the hype is not a fad, Blockchain is the future it is a technical leap into the future. Even at the most basic levels, it has several advantages for enterprises of all shapes and sizes that definitely defines Blockchain the future. There’s no way Blockchain fad away now that it’s created such a sensation in recent years. Blockchain was created over a decade ago, therefore it isn’t as new as many people believe. The decentralized Blockchain, on the other hand, is something of a holy grail for crypto enthusiasts, as it is the technology that has allowed the crypto world to exist. There are many aspects proven blockchain is not fad and blockchain is the future.

Because blockchain is a completely decentralised system, there is no one database that holds information. There are several copies of the information-storage system. As a result, there is no way to target a specific structure.

Blockchain Not controlled by any entity:

Blockchain is not controlled by a single person or organisation. Because every node has a copy of the blockchain network, it can be updated from anywhere at any time. This improves the security of data stored in a blockchain-based database.

Here are 5 reasons why blockchain is the future:

1. Data distribution by the government

Governments are anticipated to start using distributed ledger technology (DLT) to replace paper-based processes. The transition to digital data systems has been underway for some time, but DLT offers additional benefits such as increased trust, transparency, and security through encryption and validation capabilities.

In the not-too-distant future, there will most likely be a single blockchain that is shared by multiple industries. Having a one system, rather than multiple ones for different firms and industries, makes it easier and more accessible to the general public, as well as providing more transparency and security through blockchain.

3. Cryptocurrency issued by a financial institution

For a variety of reasons, governments are likely to switch from fiat currency to cryptocurrency in the future. Cryptocurrency is easier to track, has shorter settlement times, and is more efficient overall.

Cryptocurrency, like fiat currency, can be backed by actual assets and its value managed through a variety of regulations. This is similar to printing additional money to depreciate the value of a dollar. Zimbabwe, for example, has begun to use Bitcoin as a hedge against its national currency, and it plans to create its own national digital currency.

In a variety of ways, today’s identity systems are flawed. They’re permeable, function in isolation, and are prone to making mistakes. Blockchain technologies have the potential to alleviate these issues by providing a single source of identity and asset verification. Blockchain identification may also provide a new level of “self-sovereignty” not previously available.

According to statistics, approximately 1.5 billion people in underdeveloped countries lack appropriate identification documents. Disenfranchised people will be able to obtain legal paperwork and the benefits that come with it thanks to a worldwide blockchain identification platform. The information will be safer in the hands of an open-source encrypted ledger than it would be in the hands of some questionable third-world agencies.

5. Blockchain and the Global Economy

Many of these issues will be solved by including cryptocurrency into the equation. Much of the fraud and inefficiency may be addressed by integrating payment methods, documentation, and regulation through a single digital worldwide system. This will usher in a new era of increased international trade and increased international trust. We are witnessing further advancements in not only bitcoin, but also in a number of business applications such as smart contracts, automated tracking, and policy enforcement, as blockchain technology continues to evolve and advance. The influence of blockchain on business and society is likely to be larger than most people anticipate.