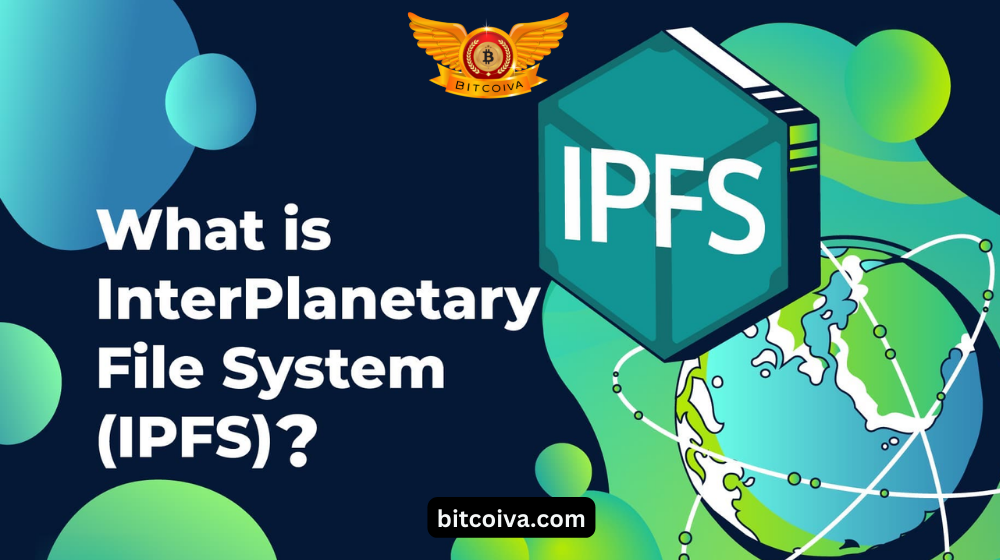 You’ve probably seen some web pages marked with “IPFS” if you’ve been around the crypto community for a while or even if you’re new to this decentralised world. However, just because you see IPFS and crypto together doesn’t mean that they are connected. IPFS actually has nothing to do with cryptocurrencies, tokens, or blockchain directly. It so happens that there are many parallels between the motivations for IPFS formation and the motivations for the development of crypto.

Let’s step back and consider what IPFS is specifically. The InterPlanetary File System, or IPFS for short, is a distributed and decentralised network for hosting, accessing, and exchanging documents, websites, programmes, and data.

Although the two fundamental terms, distributed and decentralised, might make you think of blockchain (and they should! ), IPFS is actually a completely different animal, as we noted above. Although blockchain is a distributed and decentralised system as well, IPFS has much more expansive objectives. Its founders intended to build a fully decentralised system that could function across locations that were as far or dispersed as planets, as is evident from the term itself.

Juan Benet, a computer engineer, created IPFS in 2015 to speed up, secure, and open up the web. Benet is also the CEO and creator of Protocol Labs, a research and development company that created the blockchain-based digital storage and data retrieval system IPFS and the cryptocurrency Filecoin.

How Does IPFS Function and What Is It?

Consider a library where you can locate a book using a certain location identified by a quick-to-recognize code. Similar things are possible on the internet; simply enter any search word into Wikipedia, and presto, a page of material about, say, Agatha Christie is available. Your computer has to ask one of Wikipedia’s computers to prepare that page for you in order to provide you with the information on Britain’s greatest female detective writer.

You can still discover the same page of information on Ms. Christie on IPFS (and sure, Wikipedia has its pages mirrored on IPFS), but the page locates not by its location but rather by its content, which is found by asking many computers, all over the world (or the planet), through the InterPlanetary File System.

How we identify and retrieve data—by location or by content—is one of the key distinctions between the centralized and the decentralised web. The centralized web employs location-based URLs to access our data and relies on reliable authority to host it.

The web address we enter into our browser to identify and locate the website we’re looking for is called a Uniform Resource Locator (URL). With the InterPlanetary File System, the content has a responsibility to direct you to your search results known as content-addressing.

Instead of focusing on geography, IPFS looks for our information based on content. In contrast to BitTorrent, IPFS is based on a peer-to-peer (p2p) decentralised network. This enables users to host and receive material. In addition to helping with file distribution, your computer uses IPFS to locate files that host by other computers.

To put it simply, when you use IPFS to look for anything specific, you ask the network to locate a certain hash rather than an IP address. In more technical terms, IPFS -an additional layer above data storage that enables anyone to request a CID. And receives back the pertinent material that is specifically matched to that CID as long as it is being broadcast to the network.

We can all host one other’s material on a decentralised and distributed web using this content “fingerprinting” technique. This uses cryptographic hashing as security.

What Distinctions Does IPFS Make From the Current Internet?

The internet depends on centralized servers to run. Despite the fact that it is decentralised by nature because no one or any company owns it. Most of the time, these servers employ a variety of Internet Protocol Suites, one of which is HTTP (Hypertext Transfer Protocol), which manages communication.

The internet makes it simple to distribute, manage, secure, and increase the capacity of both servers and clients. Because data is stored in these decentralised servers and found by location.

What Distinguishes IPFS from HTTP?

Centralized servers create a single point of failure since they are an easier target for attacks. In which it compromises security and privacy, as you are aware if you have studied cryptography. In order to address these problems and improve the efficiency, privacy, and security of the web, IPFS was developed.

Another term you’ll hear frequently is “scalability.” IPFS intends to build a more scalable system than HTTP. It enables big data transfers (such songs and movies) using a P2P system. (Does Torrent come to mind?

The answer is No. Due to its decentralised and distributed structure, IPFS frequently links to blockchain technology. Additionally, it uses some of the same technology as blockchain, such as the Merkle Trees architecture. Due of the difference in their purview, they are not equivalent.

Blockchain allows network nodes to hash transactions and share a ledger. Users will be able to search for files based on their hashes thanks to IPFS. This will hash files (not transactions) in the P2P file-sharing system. Similar to blockchain hashes, IPFS allows you to modify a file without really changing it. Instead, a new copy of the file is made, which is great for maintaining a record of changes over time.

But there’s no denying that IPFS and blockchain are a good fit for collaboration. You can store files with enormous amounts of data using the InterPlanetary File System. Hashes have a relatively small amount of storage space with blockchain. Why not combine IPFS’s public database with blockchain to make it publicly verifiable, thereby making the most of both protocols?

What is the Purpose of IPFS?

With the InterPlanetary File System, you can accomplish a lot with data. It includes like distributing content to websites, storing files internationally, enabling secure file sharing, and encrypting communications.

IPFS can be utilized with blockchain technology as a supplemental file system for public networks and other P2P applications. Ethereum’s scalability for decentralised applications may considerably enhance via IPFS (DApps). Its compatibility with Ethereum’s smart contracts can expand the ecosystem of the cryptocurrency with cost-effective and secure storage capacity.

The decentralised storage technique we previously mentioned, IPFS and FileCoin, incentivize data storage and have a significant impact on the development of NFTs as immutable records. Simply inserting an IPFS CID into an NFT will allow it to reference the data directly and more effectively than using an unsafe HTTP link. You got everything, right?

The CID data hashes will only save on your machine. Making IPFS one of the most secure choices available today for storing digital assets like NFTs. Additionally, the nodes search the digital asset and the local data store for the same hash when data from InterPlanetary File System, needs..

We already discussed the problems with a centralized server’s single point of failure. The InterPlanetary File System, seeks to provide a more secure substitute.

What Is an IPFS Node?

We’ve made clear that IPFS is a peer-to-peer (P2P) system for content storage and sharing where users run own node (server). The best way to think of IPFS nodes is that they can exchange files and communicate with one another, if you don’t want to go too technical. Simple, the more experienced users should read the next explanation.

Distributed hash tables (DHT), a form of decentralised storage that offers search and storage for mapping keys to values, are used by IPFS nodes. Each node in a DHT is in charge of keys and mapped values. And it is capable of quickly retrieving the value connected to a certain key.

But there’s no denying that IPFS and blockchain are a good fit for collaboration. You can store files with enormous amounts of data using IPFS. Hashes have a relatively small amount of storage space with blockchain. Why not combine IPFS’s public database with blockchain to make it publicly verifiable, thereby making the most of both protocols?

The decentralisation and data discovery of the internet can be greatly enhanced via IPFS. It does, however, have its own difficulties.

The largest difficulty is that Web2.0 applications, which are widely used, must compete with IPFS.

Although IPFS is more secure and private due to its distributed and decentralised architecture, updating it is more difficult because modifications cannot be made inside. The completion of upgrades requires the methodical and regular release of new versions.

The availability of files is an additional significant issue. In centralized servers, files kept and managed by one party who receives compensation for keeping the server online. It primarily depends on data files supplied by different nodes. If these nodes go down for any reason, the data files won’t be available.
But solutions are already starting to materialize. Increased node involvement in IPFS allows the content to supply from the closest peer node that has a copy of it. Relieving the burden on a single node and enhancing user experience. Similar to cryptocurrencies, IPFS will advance and prosper as more people utilise it.

What Does IPFS’s Future Hold?

It is still relatively young. Although it’s objectives are grandiose—offering an alternative to the current internet and facilitating data discovery across the globe . Its use cases may expand in the future due to rising interest in decentralisation and privacy as well as the size of data that needs to store online.