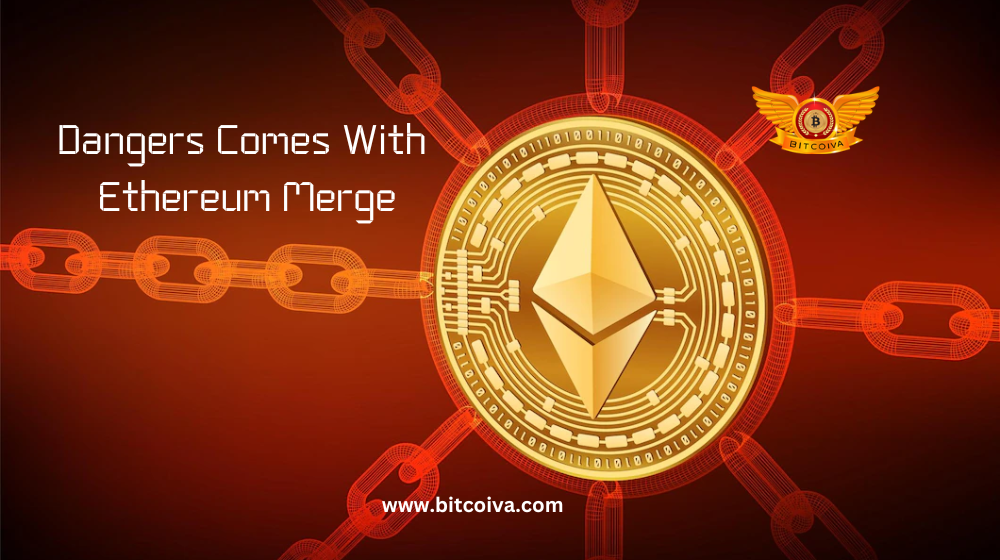 The “Merge” of Ethereum, which supporters claim might enhance crypto values in the long run and substantially alter. The future of cryptocurrency, was a momentous event the crypto industry has long anticipated.

The World’S Largest Cryptocurrency Exchange Ethereum network, which enables developments in the crypto ecosystem like non-fungible tokens, has upgraded with The Merge (NFTs).

The value of the market as a whole more than doubled at one-point last year. As investors poured money into bitcoin, ether, dogecoin, and other Crypto Trading Apps In India , signalling the recent boom in the sector. If you’ve heard about the so-called Merge, you might be wondering. What it actually means for you, regardless of whether you are super into cryptocurrency and keep up with all. The newest developments in the field or you possess a small amount of cryptocurrency through a platform.

The Ethereum Merge explained in detail here, along with what it means for cryptocurrency pricing, the environment, and other factors.

What Is Ethereum Merge?

In order to move the Ethereum blockchain away from the antiquated proof-of-work (PoW) mechanism. The proof-of-stake (PoS) Beacon Chain and the Ethereum Mainnet joined. Ethereum has officially shifted to a PoS paradigm as of mid-September 2022. A new version of Ethereum, Ethereum 2.0, was born as a result. As a result, Ethereum’s energy usage will reduced by 99.95%, enabling the Ethereum ecosystem to grow even further.

With the switch, the entire blockchain has switched to new proof-of-stake (PoS) validator nodes, which cost 32 ETH to join.

Investors’ access to ether tokens won’t change at all, and Crypto Indian Exchange Ethereum-based applications should continue to run as usual. Users might not be able to transfer Ethereum-based assets during the integration.

When the Merge Took Place?

According to a tweet from Ethereum co-founder Vitalik Buterin. The Merge eventually happened during the early hours of September 15 after numerous delays.

What Caused the Ethereum Merge to Occur?

According to supporters, the switch allows the Ethereum network to use about 99% less energy. The proof-of-stake approach utilises much less energy than the proof-of-work model, which is what the Bitcoin network employs. Many Top Crypto Exchanges India detractors and supporters alike have focused on the detrimental environmental effects of cryptocurrency transactions. Therefore Ethereum’s switch to the less energy-intensive proof-of-stake is as a big advancement.

Additionally, it will lay the foundation for other elements of the network’s roadmap, such as improving transaction efficiency.

what Does the Merge Mean For Ethereum Miners?

Since the network now validates transactions via proof-of-stake, Ethereum GPU mining is highly unprofitable, if not entirely obsolete. Since its inception, the Ethereum network’s mainnet has been based on proof-of-work, with miners approving blockchain transactions left and right. However, the Beacon Chain, which is Ethereum’s proof-of-stake layer, uses builders to group transactions together and validators to certify transactions. A builder’s or validator’s capacity to choose or validate blocks will depend on how much cryptocurrency they own.

The Merge united these two layers and fully implemented PoS in an effort to increase the network’s sustainability. As a result, Ethereum mining is no longer a profitable way to earn rewards. Because validators are now more motivated to protect the network.

Previously, the network controlled over 95% of the world’s GPU hashing capacity, enabling miners to verify transactions and collect rewards. A validator’s coin is at risk in a PoS system, which serves as a deterrent to malicious behaviour. Ethereum’s hash rate drastically decreased to zero after the Merge and has remained there ever since. Less computational power typically required by a network to add and verify transactions on a blockchain when the hash rate is lower. In the case of Ethereum, the decline in hash rate is primarily attributable to miners switching to more lucrative PoW-based cryptocurrencies or turning off their mining rigs.

A validator must initially deposit 32 ETH into a smart contract in order to start operating on the network. The money is locked after it is deposited, and the validator is then prepared to start staking. As collateral, the staked Ether can be destroyed if the validator behaves maliciously.

In addition to operating a validator node, there are additional ways to stake ether. Through a centralised Crypto Platform In India, a staking pool, or a staking service provider, one could engage in staking.

How does the new Ethereum consensus Algorithm Function?

Validators in a proof-of-stake system risk their coin while miners in a proof-of-work system risk their wealth by expending energy to validate a block. A validator must initially deposit 32 ETH into a smart contract in order to start operating on the network. The money is locked after it is deposited, and the validator is then prepared to start staking. As collateral, the staked Ether can be destroyed if the validator behaves maliciously.

In addition to operating a validator node, there are additional ways to stake ether. Through a centralised Crypto Currency Trading In India a staking pool, or a staking service provider, one could engage in staking. In essence, the validator is in charge of both creating and propagating new blocks, as well as determining the validity of newly propagated blocks on the network. Several advantages of a PoS system include:

The block’s signature is examined by the validator after the block’s transactions have been carried out in order to ensure its validity. The validator delivers a vote or attestation for that particular block throughout the network if it is a valid block. Under PoW, block timing is determined by mining difficulty. Of contrast, the tempo in PoS is fixed into epochs and slots. Every slot has a validator chosen at random to act as the block proposer, who will be in charge of generating a new block and transmitting it to other network nodes.

What are the Ethereum Merge Dangers and Weaknesses?

The centralization of power is one of the main issues with the Merge. Scams could be a problem as well because the general population might not be aware of how the Merge operations.

The Merge’s core issue that it’ll probably lead to more power concentrated within the network. Stakeholders will receive greater compensation for certifying blocks the more valuable their position is. This could result in a scenario where a few affluent people or organizations control the bulk of the stake and exert disproportionate control over the network.

Sixty-four percent of the network owned by five significant corporations. These organizations might band together to decide which chain to support in the event of a controversial fork, potentially restricting transactions or misusing cash. The Merge’s opponents are already disputing whether it is a “rich get richer” scheme that will solidify the influence of existing interests.

Those who cannot afford to stake may priced out of the market because staking will necessary in order to earn interest on one’s ETH holdings. As only people with substantial sums of money would be able to participate in staking, this could result in an increase in centralization.

Scammers frequently prey on users during significant transitions like The Merge by saying that users must take action (typically entailing giving up tokens) in order to upgrade. Users may misled into installing malicious software that poses as an approved update when downloading wallet updates, which is another possible source of scams.

Last but not least, miners who have been mining on Ethereum’s mainnet for a long time can still chose to keep doing so on Ethereum’s old chain. Since many of these miners have probably spent a lot of money on hardware and electricity, they might believe that by sticking with the tried-and-true mainnet, they will benefit more.

Due to the parallel operation of two competing versions of Ethereum, this can cause a rift in the community. Even if this scenario is unlikely, investors should be aware of its likelihood.