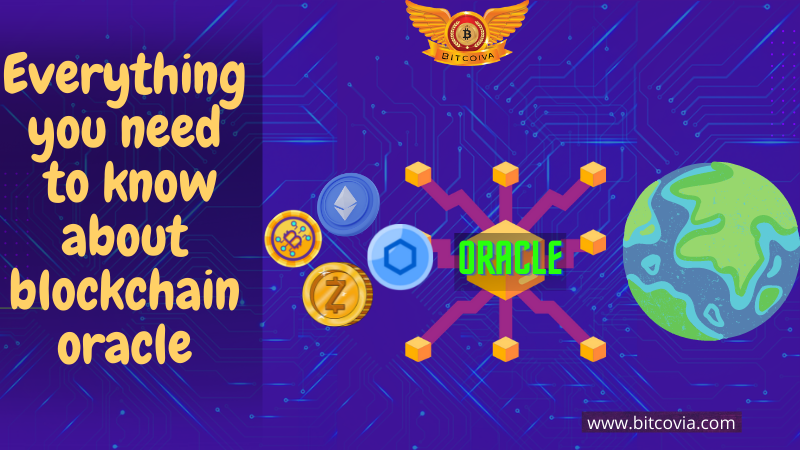 What is a Blockchain Oracle

Blockchain oracle are third-party services that supply external data to smart contracts. They act as a connection point between the outside world and blockchains.

Off-chain data cannot be accessed by blockchains or smart contracts. To perform many commercial agreements, it is necessary to have pertinent information from the outside world.

Blockchain oracles can help in this situation since they act as a bridge between off-chain and on-chain data. Because they increase the range of possibilities for smart contracts to work, oracles are essential components of the blockchain ecosystem. Smart contracts wouldn’t be particularly useful without blockchain oracles. Since they would only have access to data from their own networks.

It’s crucial to understand that a blockchain oracle is merely. The layer that queries, authenticates, and checks external data sources before relaying that information. The information sent by oracles can take many different forms. Such as price details, confirmation of a transaction’s success, or sensor-measured temperature data.

The smart contract must be activated and network resources must be used in order to request data from the outside world. Some oracles can also communicate information back to outside sources in addition to relaying it to smart contracts.

There are many different kinds of oracles, and a blockchain oracle’s functionality is solely based on the purpose for which it was built. Some of such designs will be covered in this article.

Let’s say that Alice and Bob wager on who would win the US presidential election. Bob predicts that the Democrat will prevail, whereas Alice predicts that the Republican will prevail. They come to an agreement on the wager’s terms and deposit their money into a smart contract. Which will release all of the money to the winner in accordance with the outcome of the election.

The smart contract must rely on an oracle to provide it with the essential information. Because it is unable to interact with external data, in this example, the results of the presidential election. The winner of the election is determined by the oracle using a trusted API, which it then passes to the smart contract. Depending on the decision, the contract subsequently transfers the monies to either Alice or Bob.

There would have been no way to settle this wager in a way that one of the players couldn’t have manipulated without the oracle relaying the information.

What kinds of Blockchain Oracles are There

Blockchain oracles can be categorized based on a variety of characteristics, including:

Does the data come from hardware or software as its source?

Is the flow of knowledge inward or outward?

How decentralised or centralized is trust?

One oracle may fit into more than one category. A centralised incoming software oracle, for instance, would draw information from a firm website.

Software oracles communicate with internet data sources and send the data to the blockchain. This data can originate from any online database, server, website, or other data source on the Internet.

Software oracles can provide information to smart contracts and send that information in real-time because they are connected to the Internet. They are thus among the most prevalent kinds of blockchain oracles.

Exchange rates, pricing of digital assets, and real-time flight information are just a few of the types of data that software oracles frequently give.

Some smart contracts require a connection to the outside world. Hardware oracles are intended to collect data from the real world and provide it to smart contracts. Electronic sensors, barcode scanners, and other information gathering tools may transmit this data.

Real-world occurrences are “translated” by hardware oracles into digital values that smart contracts can comprehend.

A sensor that determines if a truck transporting products has arrived at a loading bay might serve as an illustration of this. If it does, it transmits the data to a smart contract so that it may use it to make judgments.

For additional information on a related topic, see Blockchain Use Cases: Supply Chain.

A centralised oracle is the only source of data for the smart contract and is managed by a single entity. It can be dangerous to rely just on one source of information because the oracle’s owner determines whether the contract will work. Also, the smart contract will be directly impacted by any harmful interference from a bad actor. The primary issue with centralised oracles is that they have a single point of failure, which reduces the contracts’ resistance to weaknesses and intrusions.

Avoiding counterparty risk is one of the goals shared by public blockchains and decentralised oracles. By not relying on a single source of truth, they improve the accuracy of the data supplied to smart contracts.

Decentralized oracles can also be referred to as consensus oracles because the smart contract consults several oracles to assess the veracity and accuracy of the data.

Decentralized oracle services are offered by several blockchain projects to other blockchains. In prediction markets, where the legitimacy of a particular conclusion may be confirmed by social consensus, decentralised oracles can also be helpful.

While decentralised oracles strive for trustlessness, it’s crucial to remember that, like trustless blockchain networks, they don’t entirely get rid of trust but rather spread it among many users.

It is said to be exceedingly time- and money-consuming to maintain this kind of oracle. This strategy can prove to be quite unworkable for businesses that need to pull data from a number of sources. On the other hand, developers have a lot of freedom to customize contract-specific oracles to meet unique requirements because they can be created from the ground up to service a particular use case.

Oracles can occasionally be people who have specific expertise in a certain area. They are able to gather information from numerous sources, investigate its veracity, and convert it into smart contracts. Since human oracles can use cryptography to confirm their identity, it is unlikely that a fraudster will pretend to be them while supplying tainted information.