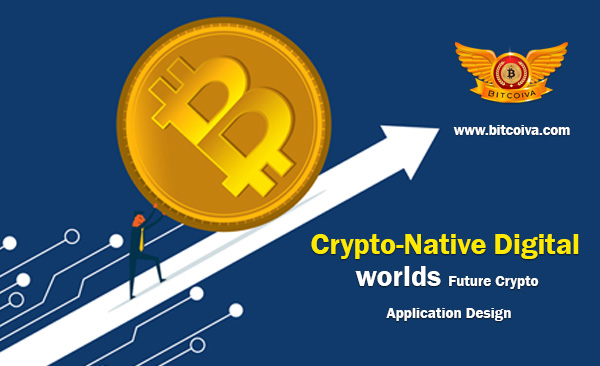 Future Crypto Application Design have been a gradual invention. This has significantly changed a number of industries and made it feasible. For novel methods of operation that were previously impractical. Its functionality covers a wide range of areas, including permission less DeFi for conventional. Financial vehicles, smart contracts for legal agreements, and decentralized autonomous organizations (DAOs).

Those who believe that games are an important predictor of emerging technologies will witness crypto apps. That have their origins in the most recent crypto-native games in the next years. It will serve as a paradigmatic example of the fascinating application of modern technology. Presenting novel options as opposed to small-step advancements. Native games for cryptocurrencies provide:

Players can own their in-game products. Exchange them for other items, gift them to other players, or sell them for real money. Thanks to their ownership and traceability. Users theoretically have the option to do that now. But Blockchain technology has the potential to make the system safe and compliant.

They contribute to the production of completely rare digital items. Blockchain technology, on which crypto games found, enables games to feature rare things. The limitation is codified and completely obvious. For instance, a game only have 500 legendary swords. Since this information encoded on the Blockchain, it cannot modify. As a result, when you do find one, it will never be common.

They act as ownership records. Each Blockchain asset has a record of its owner and a history of transactions on an immutable ledger. It implies that users can quickly review an item’s historical information. Such who uses it previously, how long used, etc. The possibilities are unlimited; consider possessing the same rifle that used to win a world championship or the first legendary blade to appear in a brand-new game.

Traditional games monetize using skins, subscriptions, and premium currencies. They open up new business options. Blockchain offers developers different ways to monetize their work, such as taking a cut of marketplace sales, selling in-game products directly to players, or selling tokens that provide long-term advantages to token holders. Future models could include social economies based on games or in-game land ownership, for example.

Games provide developers with a low-risk but technically challenging environment to investigate usability and scalability issues early in the lifecycle of a technological platform. Games can iterate more quickly since the compliance and security issues are less pressing than in “real” financial or commercial applications. A trained eye will therefore be able to see that a platform with plenty of games is actually a state acting as useful testing grounds, despite the fact that a layperson could consider it to be frivolous. You may have noticed, for instance, that many mobile interaction patterns have their origins in apps like Angry Birds, Cut the Rope, and Doodle Jump.

It might be incorrect to believe that only crypto-native games can be successful on the market and that games that only slightly use Blockchain cannot. Such a game might be a classic mobile shooter with a built-in cryptocurrency wallet, a gamified DeFi software, or weapon skins that can be purchased with cryptocurrency.

They are useful and creative integrations, but if one wants to comprehend the long-term uses of Blockchain, the emphasis must only be on the games built using cryptocurrency. Instead than merely tweaking existing games, these games reveal completely new mechanics. To see how the mechanics work, they provide sandboxes, which are miniature versions of the integrated digital worlds of the future. They are also thought to be the best positioned over the long run to take advantage of the novel new ownership structures and incentive systems made possible by the Blockchain.