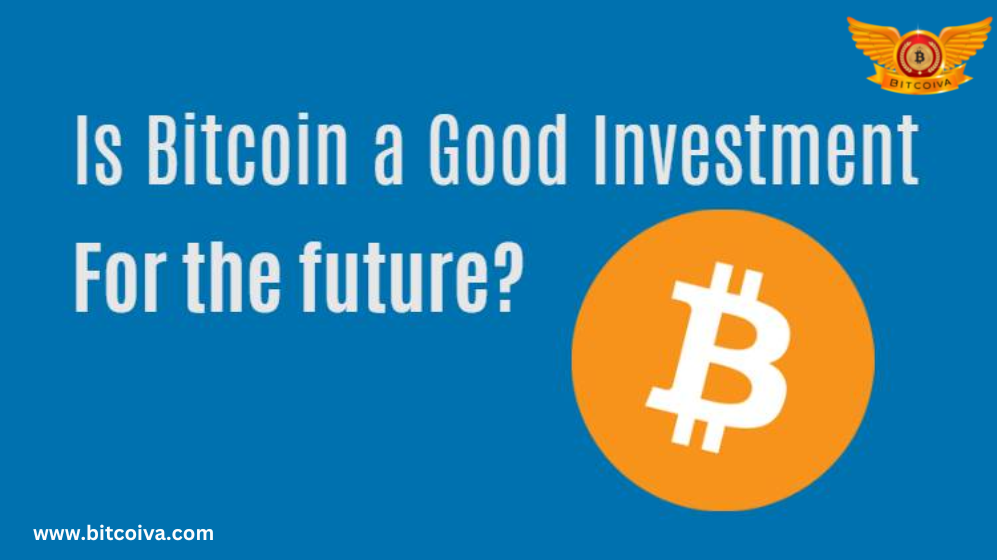 Over the past ten years, a culture of collective insanity has developed around Bitcoin. It’s difficult to forecast whether this cryptocurrency will replace gold as the world’s reserve currency. Or whether it will become a widely used store of value. Some investors are wary due to the thrill of financial success or failure, while others are drawn to the potential for enormous returns from Bitcoin investments. It is undoubtedly a ground-breaking technology, and in 2022 it poses significantly less risk than it did in 2012.

After El Salvador makes it legal tender in 2021, other nations might try to imitate this decision to spur innovation. While still others might outright forbid it in an effort to protect their fiat currencies or pave the way for a central bank digital currency. Despite the gloom and doom of the bear market in 2022, Bitcoin has cemented its place in the geopolitical landscape of the world. And the 2020s may be the decade of widespread adoption. Investors are now unsure if Bitcoin is a wise investment as a result of this. Depending on who is asking, there are various answers to this question.

If Bitcoin fits your risk tolerance and general market outlook, it might be a good investment. On longer time horizons, the history of the cryptocurrency market is actually fairly predictable. Both Bitcoin and Ethereum have experienced relatively regular cycles of trading, recovering from every significant crash (though not the most recent one yet) to go on to reach new all-time highs.

To learn more and decide for yourself, start with our guide.

Since its creation, it has been the first digital asset to give rise to the current cryptographic ecosystem. The cryptocurrency revolution came with the publication of the whitepaper describing the technology soon after the 2008 financial crisis. It developed an underground fan base of investors for a considerable amount of time who saw the potential for it to eventually replace the current physical monetary system. As organisations and governments find ways to meet their constituents’ growing demand for exposure, it has now become a household name.

It has faced the same criticism as the internet, which was once viewed as a speculative investment. In reality, more people now own Bitcoin than did when the internet first became widely used in 1998. And it appears that its adoption is spreading at an ever-increasing rate.

El Salvador became the first nation to adopt Bitcoin as legal tender in 2021; Paraguay and other small nations intend to follow suit. Additionally, El Salvador is the first and only nation to have Bitcoin in its national currency. Around 2,400 Bitcoin will be in El Salvador as of the end of 2022. President Nayib Bukele hasn’t been afraid to tweet about his purchases.

Despite the Risk, is Bitcoin a Good Investment?

The risk associated with purchasing Bitcoin is obviously high, just like with any speculative investment. The traditional financial sector must decide whether to adopt cryptocurrencies. Or risk becoming irrelevant as it begins to recognize Bitcoin’s potential for disruption. One of the key elements determining whether Bitcoin is a good investment, though it isn’t always good or bad, is its volatility risk. Your personal risk tolerance and outlook on the future of humanity will determine whether you decide to invest in it.

For example, Russia has stated that it is researching cryptocurrencies to reduce its reliance on the US dollar. At this point, it is simply too big to be ignored. As it has the potential to significantly disrupt the US dollar. It might be a great investment if this disruption is successful.

A traditional investor may be interested in Bitcoin primarily as a hedge against inflation and the potential demise of the fiat-based economy. Many investors are worried about it’s volatility, but it is predicted that volatility will always go down as institutions and governments show long-term interest in the market.

Where to Buy Bitcoin?

There are numerous cryptocurrency exchange platforms in India where you can buy bitcoin. The safest exchanges are located in the United States. Which also means you must adhere to the SEC’s know your customer (KYC) regulations. Making an exchange account requires entering personal data, including your address and social security number, for tax-related reasons. When you have this at hand, you are prepared to begin.

The steps to buy are as follows:

Can You Exchange Bitcoin for Real Money?

There are several ways to turn a bitcoin into cash. On a crypto trading platform like eToro or Crypto.com, you can sell Bitcoin. Your bank account will receive a direct deposit of the money. This is an easy way to turn your Bitcoin into cash, but keep in mind that the value of a Bitcoin is constantly fluctuating. Yes, you might need cash, but if the price continues to soar, you might look back and regret it in a few years. Although Bitcoin ATMs are pricey, if one is available near you, you can use it to convert your Bitcoin into cash. However, these ATMs frequently impose hefty fees; therefore, using an exchange is probably much preferable.

Is Bitcoin a Smart Investment?

It appears as though it could be the future of money, or at the very least a widely used store of value. As institutions are now including it in their balance sheets and El Salvador has made it officially legal tender. Risk-averse investors are still hesitant to buy it, much less any other cryptocurrency, given the market’s extreme volatility.

Since it is decentralised, it has a much more sound monetary policy than any government. Since the parameters of the code determine it’s monetary policy, Ark Invest CEO Cathie Wood refers to Bitcoin as a “rules-based monetary system.” Investors are looking for alternative investments to hedge against inflation as governments are printing more money than ever as a result of the pandemic. Many are using Bitcoin to do this, which will promote the long-term adoption of cryptocurrencies.

Is Bitcoin a wise financial decision? It can be if you do your research and make wise investments. However, if investors attempt to treat Bitcoin like any other asset, they risk making a poor investment.