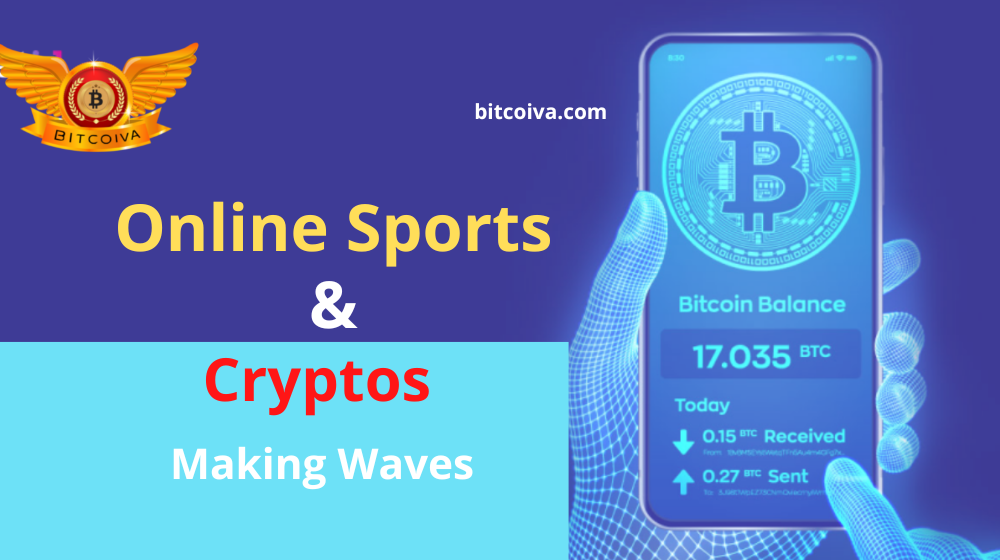 Blockchain-based play-to-earn online sports that reward fans with cryptos are at the forefront of the sports and cryptocurrency combination.

According to a recent report by DappRadar, a global app for decentralised applications, blockchain gaming is bucking the crypto winter, with almost one million daily, unique active wallets in use in July globally.

According to a report by Valuates, the gaming-driven global metaverse market will likely grow from $510 million this year to $28 billion by 2028. It is expanding at a compound annual growth rate of 95%.

In providing opportunities for their gaming communities to earn real money Indian companies connected to Non-Fungible Tokens (NFTs). NFTs are also known as the digital assets. They are also relying on NFTs to hold onto their positions in a bear market.

A shared database or ledger called blockchain and online gaming together have powerful applications. In recent years, games like Cryptokitties, Axie Infinity, Decentraland, and the Last Will have gained popularity among players.

Blockchain technology is used in games to ensure that everyone owns a copy of what they are playing. Not just one entity but to create true ownership. These games employ the same technology as cryptocurrencies like Bitcoin and Ethereum.

Some of these games use the metaverse, a virtual environment where players can communicate with one another. While others are play-to-earn games that use blockchain technology to encrypt data for transparency.

These games have intrigued not only Web3 users, but also Web2 users. According to experts, users between the ages of 15 and 60 are playing blockchain games.

Suvesh Malhotra, (CTO) at Hike, claims “Web2 players have been investing their time and money on games without being able to unlock any meaningful value in the real world.”

Blockchain serves as a digital notary in the meantime. It finally enables online players to own things. That’s really potent because you can start unlocking value from things once you own them. Additionally, the issue of a central actor is somewhat resolved by a decentralised digital notary, he continued.

According to Sunny Bhanot, co-founder and CTO of the cricket NFT platform Rario, blockchain gaming is making waves. Blockchain gaming is becoming more viable for widespread adoption in use case in recent times. This tendency is only going to increase in the future. Due to the transparency this collaboration offers in addition to the entertainment value it provides.

The fairness of the platform is one of the main factors luring players to a gaming platform. Especially in Real Money Games, biased platforms rarely draw serious users (RMG). Blockchain ensures that every transaction on the platform is transparent for the entire world to see and analyze. And also builds user confidence in the platform’s fairness.

According to Amanjot Malhotra, country head of cryptocurrency platform Bitay, putting the leaderboards and reward system on the blockchain, makes everything transparent.

“Consider the possibility that a game database hack would result in the loss of all user progress information and the need for the user to restart.” He added saying, by putting the data on a blockchain, this problem can be solved. And making this scenario almost possible.

It does have its own challenges, that much is true. The key among them, according to Bhanot, is understanding the technology (private key, wallet), security, legality, taxes, and scale.

According to Rohan Rajguru, co-founder of the celebrity shoutout website Hey!Hey!, blockchain gaming will take off once the obstacles are overcome.

More and more international and Indian sports stars have begun interacting in some way with the cryptocurrency world. Some cricket players have taken things a step further and started their own NFTs, joining forces with NFT platforms. Players like Rishab Pant, Smriti Mandhana, and Zaheer Khan, among others have joined the NFT players.

Some platforms offer users the chance to win the NFTs of their favorite athletes, increasing engagement from an emotional standpoint.

“Considering the emotions that get attached to NFT games and the exposure to technology, it will not be long before the collaboration becomes mainstream,” said Kameshwaran Elangovan, co-founder and COO of NFT marketplace GuardianLink.

He said , it would soon be strange to say that game assets are NFTs because that would be the de facto standard. He added saying “just like how it’s so odd to say that your car has an airconditioner today.”

According to Suresh Joshi, co-founder of the blockchain gaming network Battle Infinity, blockchain technology has the potential to give players more control. And they make it possible for both players and creators to make money from their work.

Joshi went on to say that, in addition, blockchain can make in-game items interchangeable on an interoperable basis. And liberates value from behind the walled gardens of individual gaming franchises.

He said that, “game asset value can be realized not only by trading within games, but also by bridging different games with the use of NFT technology “. He also added that, it could take the avatar from one game to another.

The cryptocurrency industry, which is made up of the same Gen Zs and millennials that these games appeal to, adds enormous value for competitions, franchises, and sports players worldwide, according to Arijit Mukherjee, founder of NFT marketplace Yunometa.

On the other hand, NFTs undoubtedly draw attention when internationally renowned athletes show off their collection to fans. He continued, “Imagine how crazy it would be to own Sachin Tendulkar’s bat and its NFT from his Desert Storm innings in Sharjah, as well as the digital avatar of your favorite sports team, should it ever be released.” The growth of NFTs in India and around the world will be accelerated by the sheer buzz and word-of-mouth.