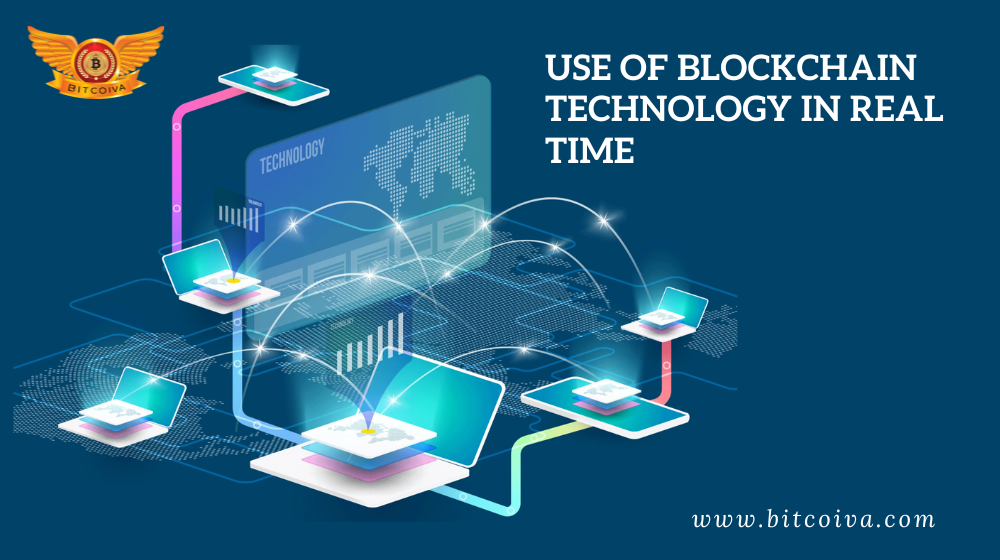 Blockchain technology in real time has many advantages. Blockchain are the digital, decentralised, distributed ledger that represents the majority of virtual currencies and is responsible for recording all transactions without the need for a middleman, like a bank. In other words, it’s a fresh method of money transfer and data monitoring.

The blockchain created by developers who saw flaws in the existing banking system. They scoffed at the idea that payment validation and settlement in cross-border transactions may take up to five business days, in particular since they saw banks as acting as intermediaries and unnecessarily collecting transaction fees. Real-time transactions possible with blockchain (even internationally), and since banks completely removed from the process, transaction costs are likely to be lower.

There are additional applications for blockchain besides the monetary context. Various components of the Dow Jones Industrial Average are now testing some of these uses in controlled demonstrations and small-scale projects.

These are the top 10 uses for blockchain technology.

The use of blockchain technology to speed up the transfer of payments from one party to another may be the most optimal and sensible application of it. The majority of transactions handled by blockchain completed in a matter of seconds, as opposed to the hours and days that banks require.

When it comes to implementing blockchain technology for supply chain management, it is simple.

Businesses may quickly identify supply chain bottlenecks and identify products in real time by doing away with paper-based trials. Blockchain also makes it possible for businesses and even customers to observe how goods behave from a quality-control perspective as they transported from the point of origin to the store.

Blockchain also contributes to the transformation of the shopping experience by replacing traditional loyalty program. Customers would encouraged to return to a specific store or chain to complete their purchasing by creating a token-based system that rewards them and keeping these tokens within a blockchain. Additionally, it would stop the fraud and waste that frequently connected with loyalty incentive programs that use paper or credit cards.

Over 1 billion people worldwide struggle with identity-related problems. Microsoft wants to change that. In its widely used Authenticator programme, it is developing digital IDs that would allow users to maintain and take control of their online personas. Users in impoverished areas would be able to obtain banking services or launch their own business thanks to this.

In November, the cryptocurrency IOTA unveiled a beta version of its data marketplace and explained how blockchain technology might utilised as a market place for unwanted data to be shared or sold.

Blockchain could serve as a middleman to store and move this data to improve a wide range of sectors because most enterprise data is inactive.

In a world where internet access expanding, copyright and licencing restrictions for music and other content have gotten complicated. The copyrights for digital content downloads strengthened via blockchain, ensuring that the rightful portion of the creator goes to them.

Digital voting is possible because to blockchain, which transparent enough for regulators to detect whether something changed on the network.

To ensure that votes actually counted, it combines the simplicity of digital voting with blockchain’s immutability (i.e., unchanging nature).

Since paper trails frequently lead to confusion, eliminating paper from the mix is one of blockchain’s main goals. A title must transferred or obtained if someone is purchasing or selling real estate, a home, or a vehicle. Blockchain assists in storing titles on its network, enabling a transparent view of this transfer and displaying a crystal-clear picture of legal ownership instead of operating this on paper.

The ability to track food from its farm to your plate using blockchain technology is another exciting use.

One is possible to follow the transportation of food products from their origin to the supermarket since blockchain data is unchangeable.

Data backup with blockchain technology is great. Although cloud storage systems designed to be a go-to source for data storage, they are vulnerable to infrastructure issues and hackers. This problem might be solved by using blockchain as a backup source for cloud data centres or any type of data.

Consumers are constantly at risk as a result of the exponential increase in data breaches. Between January 1 and July 2, 2018, there were “668 breaches that affected 22,408,258 records,” according to the Identity Theft Resource Center report. “The average total cost of a data breach is $3.86 million, and the average breach cost reduction for firms utilising security automation is $1.55 million,” according to the 2018 Ponemon report. Organizations have been compelled to update their security solutions to keep up with the menacing rise in data leaks and hackers.

But were those expenditures worthwhile? Can they successfully mount a counterattack? Since the attackers are succeeding and dangers are changing, it doesn’t seem to be the case. So how can blockchain stop these robberies and attacks? Decentralization, cryptographic security, and tamper-proof ledgers are three fundamental characteristics of this technology that support cybersecurity. The data are protected from hackers and distributed throughout a peer-to-peer network using stringent encryption and data distribution algorithms.

Blockchain is a relatively new technology that is still not used extensively across many sectors of the economy, although it is gradually gaining ground. Blockchain may develop into a potent tool for the democratisation of data as it becomes more widely used, promoting transparency and moral corporate practises. And as a result of faster transactions, greater transparency, increased security, and lower prices, blockchain technology is finding more and more uses around the globe. Who knows? Blockchain could one day alter everything!